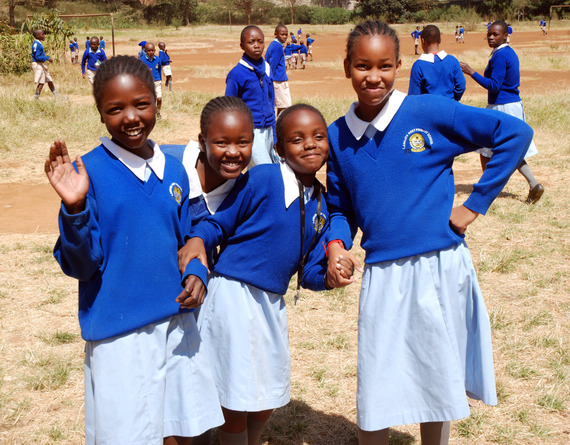 Across the globe, about 58 million children of primary school age are not in school. Of those, about 31 million are girls.

Over the last decade, there has been a substantial improvement in getting more children in school, and many nations have achieved or approached gender parity in their primary schools. But 31 million is still a staggering number, and it means that the task of bringing a quality education to girls in every corner of the world is still far from complete.

Many gender-specific impediments to giving more girls a quality education remain stubbornly in place. Among them are:

Then there are the factors that work to keep both boys and girls out of school. These include:

Girls' Education Must Be Core to the New Sustainable Development Agenda

Grappling with all these challenges -- the gender-specific and the general -- has to be a priority for the global development community. This year, as we refine and inaugurate the Sustainable Development Goals, we have a chance to inject new urgency into the agenda of educating more girls by expanding access to secondary school, improving quality and better responding when education is caught up in a crisis.

Yes, that is going to take more money, but education is a high-return investment. There's more than enough evidence to show that educating girls is transformational not only to girls themselves but to everyone around them. With education, a girl will be better positioned over her lifetime to help herself and her family move out of poverty and avoid the threats of disease. That makes for stronger women and more resilient families, communities, nations and the world.

While the challenges to educating girls remain, the good news is that we understand them much better today than we did even a decade ago. Also, we have built reliable structures -- like the Global Partnership for Education and the United Nations Girls' Education Initiative -- to respond to them. Now more than ever, we have the opportunity to use those structures to get more girls in school so that we can all live in and share a better world.

Julia Gillard, the former Prime Minister of Australia, is the Chair of the Board of the Global Partnership for Education.

This blog post was also published on WISE ed.review.