Christians around the globe attended public processions this week to commemorate Good Friday, with members of diverse communities retelling the story of Jesus Christ’s crucifixion.

The annual processions in many countries defy centuries-old portrayals of Jesus as a white man and demonstrate how the world’s largest religion is influenced by its cultural settings. As of 2015, 31% of the earth’s 7.3 billion people practiced Christianity, according to the Pew Research Center.

The public Good Friday processions, sometimes called passion plays, often take viewers through the Stations of the Cross. These are the events that led up to Jesus’ death ― starting with his trial in front of the Roman prefect Pontius Pilate and ending with his entombment, according to the Christian gospels.

Jewish organizations have criticized passion plays for how they portray Jewish people. Since 1965, the Roman Catholic Church and other Christian denominations have worked to correct inaccurate and anti-Semitic retellings of Good Friday.

Below, see how Christians around the world observed Good Friday this year.

PHOTO GALLERY
Christians Walk The Via Dolorosa, Way Of Suffering, In Jerusalem

Christians Re-enact Good Friday With Public Processions Around The Globe
Christians Walk The Via Dolorosa, Way Of Suffering, In Jerusalem 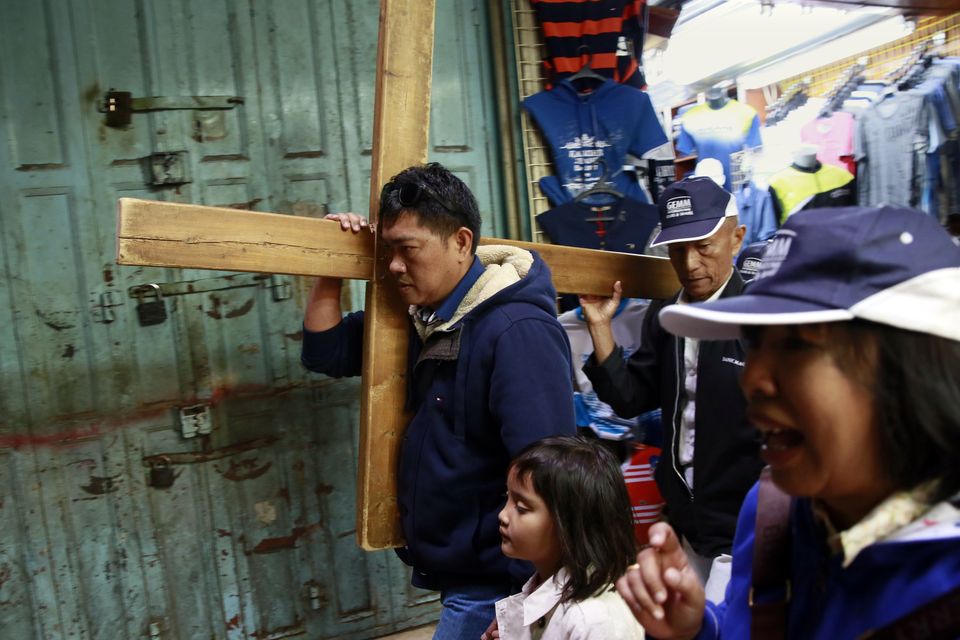 1 / 10
Catholic pilgrims carry a wooden cross along the Via Dolorosa (Way of Suffering) in Jerusalem's Old City during the Good Friday procession on April 3, 2015.
GALI TIBBON via Getty Images