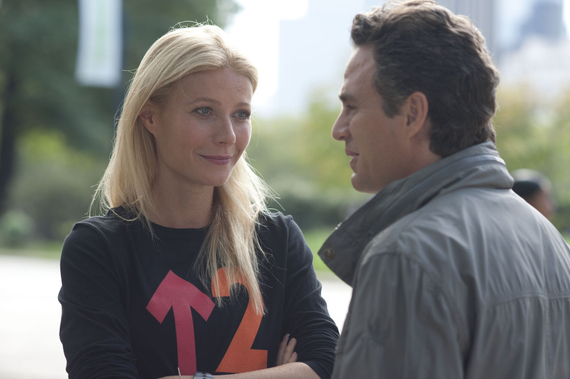 
In middle school I was forced to include every fourth grade girl in my babysitters' club, because it wasn't fair according to my teachers, so I cancelled the club and gave back the members' dues (that were suppose to be used for a lunchroom party). In college, I dealt with (jealous) mean sorority girls, which ultimately resulted in a dorm room change, and other things I can't disclose. Therefore, I'm no moron to dealing with mean girls, being a mean girl, and using that (ultimate) power to get what I want.

I knew there were some things about my personality that needed work. My goals have always been clear cut and straight ahead of me​. To write, to make my own money and to make myself happy​. Though, the way I was currently experiencing my personal life did not entail ​exactly ​all of the above. To put it shortly, I wasn't getting what I wanted. There's been bouts of​ ​cutting people off and just being plain rude.​ And that's fine. But I've learned to tone some of those things down. That realization allowed me to effortlessly embrace my no shit policy I'd ​initially ​written down first semester of sophomore year in college. It felt great to be on this agenda, and for me, it meant learning how to passionately say no, and say, look this isn't the worst conversation you've had. Symbolically, my life declaration has coincided with a few recent headlines about women owning their bitchness, the rise of the resting bitch face and the overall culture of women displaying any sort of emotion opposite of the traditional, good and nice girls ain't no daddies and boys, a saying my great grandmother repeated all the time.

It's interesting to read these headlines and articles about how this newfound behavior in women (perhaps third wave feminism) can be detrimental and demeaning for one's character. In 2013, a study was released about how women have evolved to be bitches based on "indirect aggression," and "physical appearance that mean girls come to value and used for hating other who "wear makeup and other physical attractions," that are seen as a threat and get worse with age. I'm not going to bore you with all the research and statistics, but there is a general phenomenon happening right now, in our culture, about why women are more openingly being badasses. To further this argument of how women are constantly being put in a bubble of despair or pink cotton candy, a recent Gallup poll states that 2 billion women around the world are "struggling and suffering." But I beg to differ: Are we really down and out, mad ursulas wanting to claw our tentacles around victims, thanks to PMS and other regional dilemmas that apparently are suppose to affect our mental state of being? Ironically, in the spirit of women's history month, the exploration of this topic, actually comes just in time! What is it that makes us want to openly characterized ourselves as strong and powerful beings with a sassy attitude, with openly mean tendencies that equate to using the words bitch and badass? Or, maybe, it's not about focusing on these words and how they may materialize in one's actions. Perhaps, it's a division of female sexuality. Like clothing, we use our outer appearance to exude the non verbal traits in our personality. Nevertheless, here's my top favorite situations of women being bitchy and badass.

Drinking On The Job: I witnessed this a few times prior and thought about the woman and her right to choose. However, this time it was more blatant, in a more professional setting. We were having "goodbye drinks" in a conference room at work when Michelle (who was seven months pregnant at the time) decided to have a drink, too. With the majority of the room being men, the topic of goodbye drinks quickly became about a woman's right to choose if she wants to have a drink while carrying her child. From Michelle's perspective, she felt that it was her right to choose if she wanted to have a drink once in a while, and that people in public often make this choice for her, and it's annoying and rude. The conversation was all very eye opening and reasonable given the situation, and what varying doctors have to say. Is one glass of champagne going to put your baby in danger, maybe not. Does the public have the right to enforce societal guidelines on women, even if they are pregnant? Insert your answer here.

To add to this, there's a recent article in The Cut about a female reporter who hid her pregnancy because she didn't want to be denied opportunities to work in the field (as a war and conflict reporter), but felt guilty for making her husband worry. Though it's easy to understand why being pregnant puts you at risk for any job (I often contemplate how an unplanned pregnancy as a non-married lady could be a detriment to my own brand), there's something to say about people who feel strongly about how a woman should act in public, in the workplace and judge one based on notions of what is "normal." 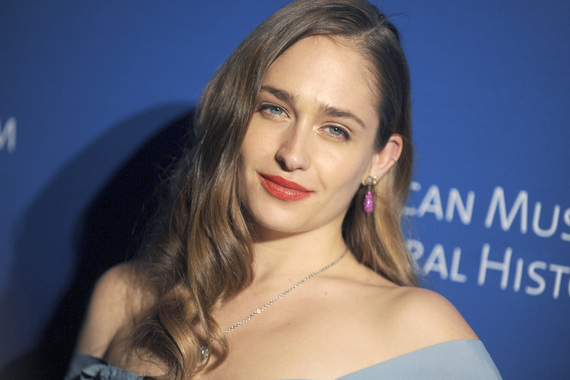 Jessa from Girls, actually just Jemima Kirke in general:
Though her most popular roles in film and TV have been under her friend Lena Dunham's direction, the woman is dynamic and unapologetic. In her racy nude shoot with Vice Magazine, she made it clear her photos weren't going to be " mainstream beautiful" and photoshopped. Jemima Kirke is that girl in fourth grade with the nose piercing, she's that girl who's not afraid to say what she wants, and being called a bitch probably make her happy. In season three of GIRLS, Jemima's character is even more crude and open about her sexual schemes. She could be the blame to the broken relationship of Adam and Hannah, she's already been married and divorced, and has gone to rehab on the show. All of these situations make her character even more likeable. Women like Jessa are needed in a world where prim and proper trumps rogue and unpredictable. Being bitchy in this case means saying things that people don't want to hear, doing things that are selfish and in the best interest of one's own agenda. And sometimes, it's okay to be your own cocky cheerleader.

Those Snobby Fashion Industry Characters Or Work People In General:
I've made friends with colleagues on the basis of this topic. A few weeks ago, I was at an event in which I formerly did not know anyone, so I did what I was supposed to do at a networking cocktail hour: made friends. At least I tried, while approaching a group of fashion people dressed in all black. I was shot down with snobby badass attitudes that displayed as much eagerness as the bounce in my newly blown out hair. "What do ya'll think about Zendaya?" One editor asked. As my writer friend attempted to answer, in unison the group of editors dressed in all black looked away and thumbed with their iPhones. They basically closed their ears in tandem, not really looking for a response, as they made it clear that the question was rhetorical. We looked at each other, giggled at their rudeness and retreated to the snack table. All jokes aside, we were impressed with how openly bitchy and badass our fellow peers were and how much they'd given in to the stereotype. Though in retrospect you can't force anyone to be friends with you, but you can always laugh at those who choose otherwise.

Responding to Catcalls: How many times have you've been unwarrantably harassed, "complimented" or whatever you call getting talked to by random people on the street with sexual undertones? If it's a lot, then it's time to standup for yourself. Start talking back. And talk back clearly, so that your harasser will hear you have a voice and you are not pleased by what they are saying to you at 8:00 a.m. in the morning or 7:00 p.m. at night with your children. Responding to catcalls means you're a total badass. Some people may think you are endangering your life, but if you're not in a dark alley way, and some nasty dude is talking to you, unwarrantedly, throw him an "As if" or "In your dreams", or "gross" with attitude. These phrases seriously helped me feel better about myself, and also helped my anxiety of feeling helpless when some random stranger is all up in my grill. But what do I know! This is totally an individually perceived judgement call.