Corruption last year cost the world more than one trillion dollars. That is a trillion dollars we can't use to get better healthcare, education, food and environment. And corruption is only part of the problem of poor governance - many countries are run ineffectively, lacking accountability, transparency and rule of law. 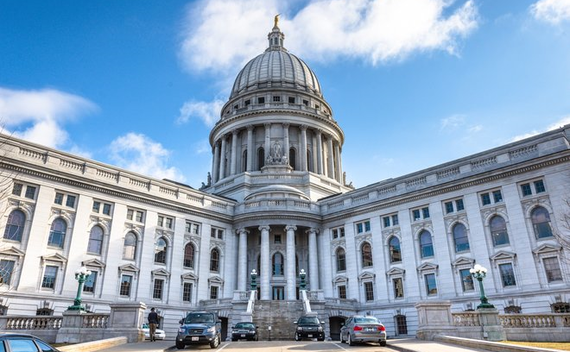 Running countries better would have obvious benefits. It would not only reduce corruption but governments would provide more services the public wants and at better quality. It is also likely that economic growth would increase. In a recent UN survey of seven million people around the world, an honest and responsive government was fourth in the list of people's priorities, with only education and healthcare and better jobs being rated higher.

But how should we get better governance? This is an important question as the world is considering what goals to set. At the turn of the century, the international community agreed on a far-reaching set of targets to improve the lives of the world's poorest people by 2015: the Millennium Development Goals. They focused on health, poverty and education and did a great deal of good. But they didn't mention governance.

This September, the world's 193 nations aim to set the next set of targets for the year 2030. They want to look across all major areas, from health and nutrition, to environment, conflicts and education, and they want to include some targets on good governance. Without it, tackling problems like nutrition and environment becomes harder - if there is corruption, most of the money for food may go elsewhere, and if there is little institutional control, ambitious environmental rules may just be flouted.

It is vitally important that we choose the best targets for 2030. Right now, there are 169 proposed targets - each one someone's pet project - but not all of them are equally good. To help the world's governments pick the best targets, my think tank, the Copenhagen Consensus Center, has asked more than 60 teams of experts to do an economic analysis of the more promising proposals, showing which targets will cost little and do much good - and which ones will cost lots but do little good, essentially providing a level playing field to compare widely different targets.

Mary E. Hilderbrand of the Texas A&M University and the Center for International Development at Harvard University has written the main paper on improving governance. As she points out, it is obvious that well-governed nations are better than ill-governed ones. But there are two problems.

The first problem revolves around whether good governance is a prerequisite for development or a consequence of it. Historical analyses have shown that good institutions like security of property rights is the single most important factor behind the variation in wealth of countries, and that more corruption goes together with less economic growth. That seems to suggest that better secured property rights and less corruption will generate more wealth. However, further analyses have shown that it could just as easily be that higher wealth and economic growth lead to better governance. For now, it is hard to say whether good governance is the main way to start a virtuous circle.

The second problem is that we don't know much about how to get good governance. A study of 80 countries where the World Bank had programs to improve governance showed that governance improved in 39% of countries but worsened in 25% - what could look like a moderate success. However, all the countries the World Bank didn't help had similar success and failure rates - suggesting that the World Bank programs had made no difference.

The simple point is that while everyone can agree it would be great to get rid of corruption and have more transparent and accountable government, we often know very little about how to achieve it. That is why proposed targets like "Substantially reduce corruption and bribery in all its forms" sound great, but are essentially well-meaning slogans with little content.

Indeed, Hilderbrand finds that many proposed targets are too generalized and some even a poor use of resources.

However, she does find one target that would do a lot of good for each dollar spent. "By 2030 provide legal identity for all, including birth registration." This may sound like a very unambitious step to those of us lucky enough to live in prosperous democracies where such things are taken for granted, but it would be a major step forward for many developing countries.

Importantly, this is a measurable outcome, so progress can be monitored. It also means that there must be functioning public services to provide registration facilities and maintain records. Building this capacity in a single well-defined area would provide a clear model for how other services can be provided effectively. It is also unlikely in any case that a registration service would exist in a vacuum; an effective one would almost certainly be a sign of an emerging public service competence.

There are also real benefits to each citizen of having a proper legal identity. It helps them to claim their legal rights, for example, and would certainly also help to establish property rights, which are vital to allow individuals to prosper and the economy to grow. Elections become less vulnerable to corruption when voters are properly registered. And, as an economy grows, a proper legal identity is essential for opening a bank account or getting a driving licence.

Good governance is important. But instead of platitudes we should focus on measurable, attainable targets that will actually make a big difference for the next 15 years.