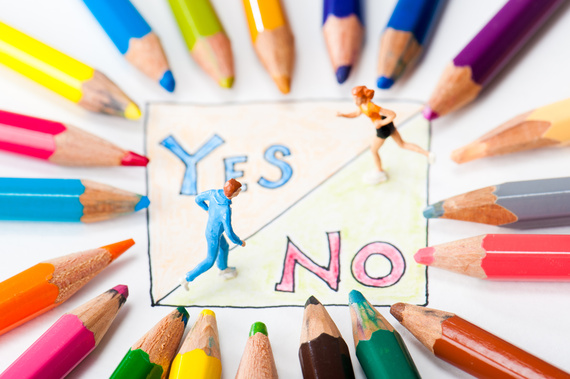 There are 3 big mistakes I see entrepreneurs make all the time when launching their businesses that kill revenues.

In this article, I'm going to cover #1, Lack of Real World feedback.

What is real world feedback? It's evaluation and assessment you receive based on someone being able to actually touch and feel your product. It's not feedback based on your mom, best friend and dog sitting in your living room responding to you talking about an idea.

You might tell them about your idea and ask them if they would buy it and how much they would pay for it. The challenge, and I've learned this the hard way, is that in theory, and with good intention, people often say yes but when it's time to actually open up their wallets or use something the opposite is true.

It's not because people are lying. It's because people are responding to concepts, not real world application. You are asking them to give feedback on a possibility, not a reality. Think about the last time someone asked you a hypothetical question.

Hey, Greg would you want to go get Chinese food with me some time soon?

The answer to that is usually yes, why not. It's some time in the future and
you like Chinese food.

Now you have to really decide. Do you really want Chinese food or are you in the mood for pizza? Does Saturday even work for you? Do you even want to spend your one night off with this person?

Now the pressure is on and you are giving a real world response. Let me give you an example of an entrepreneur I worked with on TheShuuk.com. Her name is Jessica, the inventor of a luxury bath product. Jessica called me in a bit of a tizzy. She had created her dream product, a high-end loofah with a retractable arm for full body reach in the shower. She did what she thought was the smart thing. She tested out her idea with family first, then moving on to friends, and finally with a few strangers before putting her money into creating the product. In each case, while sitting around her living room looking at a few sentences and a rough drawing. Everyone loved the product. They had a few design suggestions but other than that they kept telling Jessica they couldn't wait to get one.

Jessica was thrilled. Clearly her product was going to be a wild success. I mean, all the feedback told her so. Off she went and invested all her money, $15,753 to be exact, and ordered truckloads of her product. She developed a website, which the same group of people told her was great, and finally invested her money in having booths at a few expos that she thought would really put her on the map.

Fast forward to those expos. What do you think happened? Did customers, or buyers from large stores, come flocking? Not even close. In fact the opposite happened. A few people stopped by her booth but after 2 days on her feet and thousands of dollars, she could count the number of sales on one hand.

What happened here? Jessica, like you, is smart. She did the right thing and got feedback.

The problem is that all that feedback was not real world. In theory, people will almost always love your product. And, they won't be able to give you any actionable feedback that can improve your idea. Now, I'm not saying you shouldn't share your idea while it's still a dream. You absolutely should.

What I am saying is once you get that initial read you need to find a way to make your idea real for people. I don't care if it's with duct tape and paper, a working prototype or another product you change to be the one you are trying to sell - get it into the hands of people and let them experience it. The feedback will be real world and actionable.

How did I fix Jessica's dilemma? Simple, She got her product into the hands of early adopters on The Shuuk so she could get real world, actionable insights based on people actually using the product.

By doing this Jessica discovered a few key insights that helped her change her product and the trajectory of her business.

She discovered that the size and shape of the handle was off putting. People thought it looked clunky and hence diminished the upscale feel and high-end price she was going
for. She also learned that the lack of a hook made it hard to hang the loofah in the bath. Funny, people actually think about that while purchasing bath products. Once in the shower she learned that the handle sometimes stuck and wouldn't close after a few days being wet. She had never experienced this issue because frankly she never took hers out of the shower. The Shuukers in our community however wanted to take it to their boyfriend's house, fold it up to travel with it or just save space in their showers.

Armed with these insights, Jessica made some key changes to her product. Once she did that she saw interest and sales boom. There is a big difference between what people say in theory and what they experience in the real world.

Don't believe what they tell you in your living room or a conference room when based on a hypothetical idea. It's always good intentions, but never quit accurate.

If you want to avoid killing your revenues, make sure at every stage you are engaging with real customers, with real experiences and prompting them to give you invaluable feedback and insights. Don't invest all your development dollars at once. You are always developing and evolving your product - how it works, how you sell it, who you sell it to, etc.

Launching your product isn't a sprint, it's a marathon.

This article is an excerpt from the ebook Top 3 Mistakes Entrepreneurs Make When Launching Their Business and How To Avoid Them. To get a free copy subscribe to TheShuuk.com and you'll receive the ebook for free on the second page.