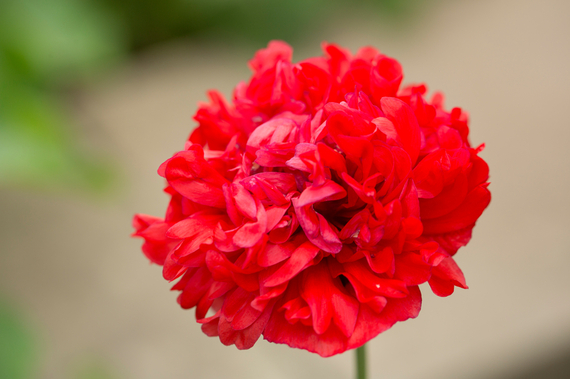 Last week, following the opening night of the Republican National Convention, I published a post called "Grief Is Not for Show: Exploiting a Mother's Loss at the RNC Was Just Wrong." It described my discomfort at the way the Trump campaign used Patricia Smith's still raw anguish and anger over the tragic loss of her son, state department staffer Sean Smith, in Benghazi, Libya, as a political tool to incite hatred towards Hillary Clinton. The moments when Smith took the stage in front of a crowd ravenous for ammunition to fire at their political opponent felt exploitive and cruel. My own experience with deep and unresolved grief made me empathize with her impulse to make someone responsible, but the campaign's manipulation of that impulse in this context was just wrong.

In response to my words, a number of people asked this question: How is the Democrats' plan for their convention to headline grieving mothers who have lost sons or daughters to gun violence or police action any different? Articles published on right-leaning sites like "Blue Lives Matter" and "The Blaze" that, days before the mothers spoke, had already condemned the DNC decision as "a disgrace" and "disgusting" claiming the Democrats were "using their convention to purposefully foment violence, especially violence against police" seemed to stoke the heat behind the question.

Tuesday evening, when actor Tony Goldwyn from the award-winning television series Scandal introduced the nine women of color who appeared on the convention stage with large red flowers pinned to their dresses as: "A group of women profoundly impacted by injustice and violence who have turned their pain into power and their outrage into action," I knew how to answer.

The difference between what happened at the Republican National Convention last week and what happened at the Democratic National Convention Tuesday night is found in the intentions of these mothers and in the intentions of the candidate who invited them to speak. These mothers' goals were not to point fingers at the individuals who took the lives of their children, though they each could have easily done so. And Hillary Clinton's mission was not to fan the flames of hatred toward her rival. In fact, Donald Trump was not once mentioned in the minutes these women spoke. And none of the ominous predictions that the speeches would turn the convention into an "anti-law enforcement rally" were realized.

The nine "Mothers of the Movement" stood on the stage, confident in the companionship born of shared loss, united in their call to action, not in their desire to blame. The audience's chants of "Black Lives Matter" that greeted the women when they were introduced quieted when they began to speak. "We are going to keep telling our children's stories and we are urging you to say their names," said Lucia McBath, mother of seventeen-year old Jordan Davis. Davis was shot and killed by a civilian who felt entitled to "Stand-His-Ground" at a Florida gas station when Davis played his music too loudly. "We are going to keep building a future where police officers and communities of color work together in mutual respect to keep children like Jordan safe."

Free of the bewildered and obviously unsettled fury that tangled Smith's words - her unfiltered rage that sidetracked her audience's focus from her loss to pin culpability on Clinton as a scapegoat for the entire Benghazi tragedy - these mothers were able to speak with purpose. Their grief was no less palpable, their heartbreak no less obvious than Smith's, but their words were controlled and respectful of all parties involved in the dialogue. "The majority of police officers are good people doing a good job," McBath said. She advocated efforts to "to help us protect one another." The mothers' language rang with hope that a system of injustice and a culture of violence plaguing our nation still have the potential for change. "I did not want this spotlight," said Sabrina Fulton, Trayvon Martin's mother. "But I will do everything I can to focus some of this light on the pain of a path out of the darkness [..] This is about saving our children." In a video prefacing the speeches, she'd said, "I can't help Trayvon at this time, but there are other Trayvon Martins that I can help."