We did it folks. War Inc.,  kicked ass opening weekend thanks to the grassroots and alternative press. The MSM is busy panning it, but we have proved once again, that despite the corporate farce of free press, we can get things heard, seen, and done. The opening weekend for the film was the highest per screen theater average after Indiana Jones, which came in at number one. The film will be expanding on June 13 into the following markets:

If you want the film to be released in your area, call your theaters and ask for it. Keep it going folks! 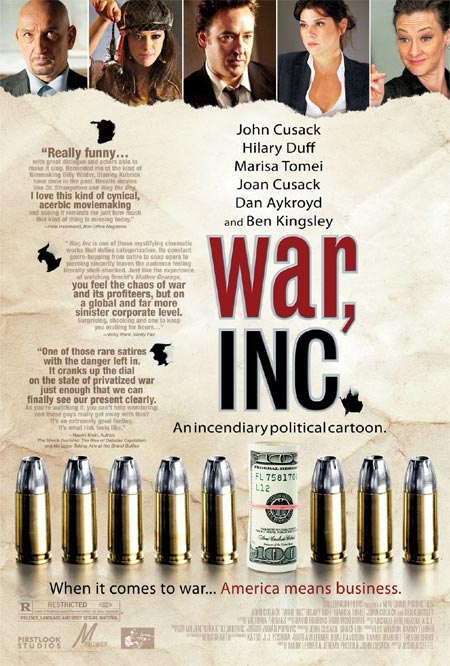