On Facebook and other social media platforms everyone appears to be a success. We show our best face, best version of ourselves. I am viewed by some as seeming to be living in a charmed 'bubble' of rock stars, kittens, rainbow flags, music studios, beaches, blinkie Burning man people, and good PR. Yet behind each seeming success has been a long road of failures. Countless projects that came a hairs' breath from being a hit, only to miss and fail.

I endeavor to learn from failure, for in it are sown the seeds of success. The great football coach Vince Lombardi said it's not about being knocked down that counts, it's getting up. I feel like I have gotten up so many times. But when you do what you love, just writing the song, just teaching someone a new chord, just singing something inspiring is in itself it's own reward.

Thomas Edison once remarked after his first few experiments failed at making the electric bulb light up, that he only had another thousand failures to go before he succeeds. We all know he changed the world when he invented the electric light.

Not too long ago I made a list of career related failures in my life. I stopped after listing 45 epic disappointments. What I've learned is being a bit self deprecating and humble (think opposite of Kanye) has served me well in being of good cheer and happy despite the ups and downs of life.

So, why am I telling you all this? Is it a play for sympathy? Do I want more likes? I don't care about likes, but I do want to reveal to you that the process of being an artist, doing what you love is hard work, it's a life commitment, it's a leap of faith, it's a risk of losing it all, or never having it all.

I always tell people I dropped out of college because I felt that if I had a fall back position like a college degree, invariably I would fall backwards. The irony is I am now a college professor at NYU who is also a college dropout.

I also say God punishes us by answering our prayers. Here I am, on my birthday another year and still with the enthusiasm of a beginner. Like a gambler feeling the big payoff is right around the bend. The fact that at my age I have what is called "The Buddha Mind," a cup half empty with so much to learn, and with all my best success ahead is simply miraculous.

So when someone says to me they made a solo album and not much happened, and they felt rejected, depressed and wanted to give up music, I say that's normal and feel your feelings for a while but then go make another album. And another. And join a band, and sing on commercials, and teach kids what you know about music.

The best of life is what we learn from failure for in it are sown the seeds of success. I have a lot of seeds to plant this year. Thanks for listening, and if I do say so quite proud and humbly happy birthday to me. 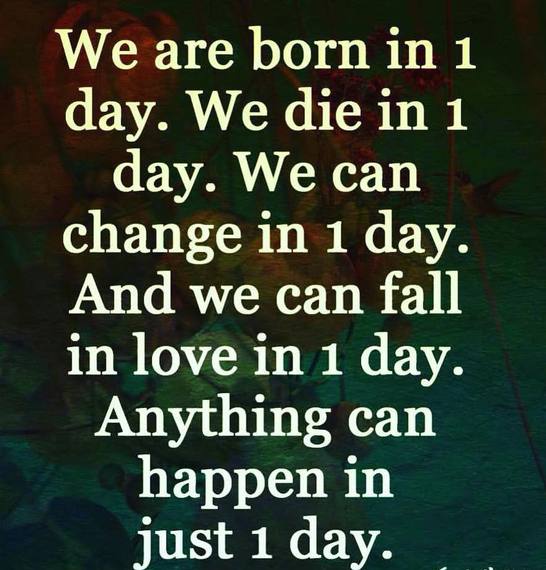