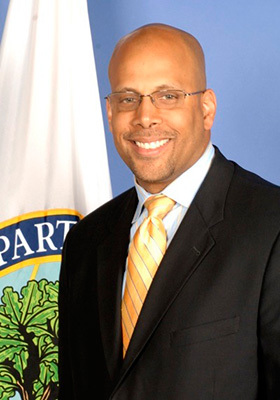 In all of education, there is perhaps no one who better understands how evidence and innovation can transform policy to benefit disadvantaged kids than Jim Shelton. Jim was a key architect of the Investing in Innovation (i3) program and led i3 during its crucial early days, first as Assistant Deputy Secretary for Innovation and Improvement and later as Deputy Secretary and Chief Operating Officer at the U.S. Department of Education. He has also worked at the Bill and Melinda Gates Foundation, NewSchools Venture Fund, and other influential organizations, where he has been able to learn a lot about how to make positive change happen.

And now he's joining the Chan Zuckerberg Initiative, one of America's largest and most ambitious efforts to bring about system-wide improvements in education.

There are very few foundations with the will, the skill, and the resources to advance the policy impact of rigorous evidence--the Laura and John Arnold Foundation has particularly occupied this space, along with Annie E. Casey, Edna McConnell Clark, W.T. Grant, and Spencer, but with Jim Shelton at Chan Zuckerberg, anything is possible.

At this point in the evidence movement, research and development of effective education programs have advanced by leaps and bounds, but the findings of research have had limited impact on policy or practice, which means limited impact on kids. Jim starts with kids, and wants to use evidence to change lives. Hopefully, he'll now have the resources and freedom to make a big difference for kids, especially those who have been least well served by the system in the past.