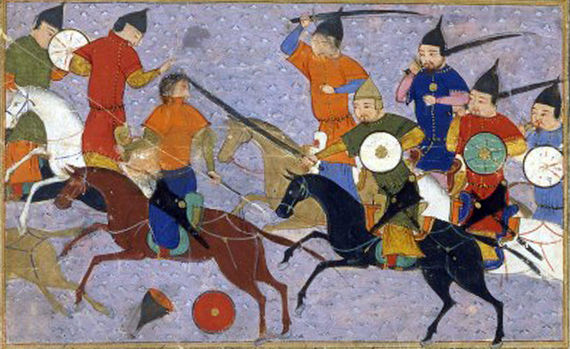 Let's turn off the TV for a second and get some perspective here. Humanity has come a long way. With all the terrible news we are constantly bombarded with - terrorism, refugee crises, world poverty, global warming - our tendency is to think we live in one of the darkest moments in history. This perception, however, could not be further from reality. By almost any measure, despite all troubles, today the world is a better place than probably anytime in the past.

Global life expectancy has been increasing steadily since mid-19th century. In 1850, people lived to be 30 years old on average; in 1950, 47; in 2012, 70. The trend is consistent when broken down by continent, as can be seen here. In terms of health more broadly, according to the World Health Organization, deaths due to illness and epidemics have been decreasing steadily in the past century. As economics Nobel laureate Angus Deaton from Princeton University wrote, "There isn't one country in the world where infant mortality isn't lower than it was in 1950." Illnesses that killed millions in the past, such as the bubonic plague, are either extinct or under control. Newer ones, such as AIDS and Ebola, are normally controlled much more quickly and with relatively less damage.

Economically, more and more people are able to escape poverty (defined by the $1.25/day line, taking inflation into account). Since the beginning of the 19th century, when the historical series starts, poverty has been decreasing constantly. In 1820, 95% (!) of the world population was poor. In 1929, the poor were 75%; in 2010, only 14%. Within the poor countries, in turn, in 1981, 63% of the population lived with less than $1.25/day; in 2010, it dropped to 44%. With respect to global GDP per capita, it has been increasing since the beginning of records, about 500 years ago, and exponentially since mid-19th century.

In education, data shows that, in 1820, only 12% of the world population was literate. In 2010, the share was 83%. Progress has occurred both within developed and developing nations. This represents the democratization of access to information. Reading and writing generate positive impacts on quality of life, social and economic inclusion, productivity, sociability, self-esteem, among several other benefits.

In terms of human rights, we have evolved tremendously. Just a couple of centuries ago, cruelties such as slavery were commonplace. A people would feel entitled to subjugate another upon conquest, using men as labor, women as sex slaves etc. Africans, Jews, indigenous peoples, among others, were slaves during decades or even centuries. A slave in the 19th century would live on average just 25 years. Today, despite the fact that slavery still exists, it happens on a scale that is significantly smaller and it is considered a barbaric practice, condemned by the international community. Also, in comparison with the past, in most places, quality of life has improved for women, homosexuals, and minorities in general.

When it comes to wars and violence, although it may not seem like it, we have never had so few conflicts and violent deaths in history, especially if compared to total population. If we go back a few centuries or even millennia, many conflicts used to decimate 50% of more of entire populations of a city or country, despite the rudimentary technologies in place. There were no international rules of conduct, redemption, amnesty, or organizations and watchdogs (UN, Red Cross, NGOs, media) to lessen the atrocities. None of the 21st century conflicts, terrible as they are, compare in magnitude for example to the wars of Genghis Khan (depicted above), the Inquisition, the colonization of the Americas, or the advance of the Ottoman Empire. Some of these historical events represented decades, even centuries, of widespread terror. The latest tragedies of comparable dimension were the World Wars of the 20th century.

Finally, contrary to only a few decades ago, imperfect as it may be, great part of the world enjoys democracy. Throughout history, in one time or another, most nations were ruled by despots (kings, emperors, colonizers, sultans, dictators) who in most cases were violent and oppressing. The concept of democracy has taken root as never before in world consciousness, making it increasingly difficult for authoritarian regimes to sustain themselves amongst a majority of free societies.

Obviously, the point here is not that the world is perfect. There is still way too much poverty, injustice and suffering out there. In fact, we should have made much more progress to date, especially in terms of social and economic equity, compassion, tolerance, and our relationship with the environment. We are also dealing with dangerous threats to our way of life, including terrorism and global warming. Nevertheless, it is desirable to recognize the progress we have made, especially as a reminder that it is always possible to continue to improve.