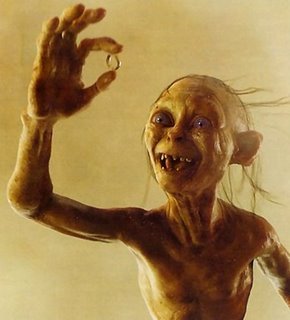 I loved my mother's mother dearly, and respected her greatly. My grandmother was a bit ahead of her time: born in Wilkes-Barre, Penn. in 1920, she moved to Washington, D.C. with her husband, and was unusually independent for a woman of her era. Although this was a necessity, with her first husband having gone off to war and then coming back to reveal he was gay -- thus, the end of marriage number one -- she had to earn her own keep; but I can't imagine Grandma not working for a living.

My grandmother managed things: banks, primarily, but she also worked -- sometimes concurrently -- as a manager of apartment buildings; she was ambitious. Even into her older years, when we played Monopoly, she managed the game's bank. She was practical, responsible, stable, and she taught us to respect money. (She insisted all bills be filed in order, facing the same way, in our wallets.)

Yet Grandma had one fixation that I always thought was peculiar: the lottery. All my life, Grandma played the lotto, and she had a system. She stockpiled notepads on which she tracked the numbers that were drawn each week, and she developed her own secret algorithm by which she was determined to win the jackpot one day.

Children's weeks and months pass much more slowly than those of adults, and I wondered, and I'm pretty sure I asked her a few times, how she thought she knew what numbers were going to be drawn. Weren't they randomly chosen? Supposedly, she said, but when you look at the numbers every week, patterns emerge. I wasn't so sure about that. And being obnoxious me at any age, I asked her why she hadn't won yet if she had figured out the system. I can't say I honestly recall her answers; I do remember that she won several hundred dollars on multiple occasions -- the odds not forever in her favor, as she undoubtedly put at least thousands into the system -- and I think that was part of her justification. Another part, I'm sure, was just faith and prayer. If she dedicated herself, this big dream would come true. And all that money, of course, would solve all her woes.

She never won, and had she won, money wouldn't have solved all her woes. My grandmother's final decade of life was often punctuated by the agony of nerve pain caused by a spinal disorder that all the money in the world couldn't have cured. She ultimately died after suffering a series of mini-strokes and a couple of major strokes, which have been responsible for the deaths of most of the women in her family. If obscene wealth could have kept her healthy, pain-free and vital all her life, then I would covet it the way most Americans tend to do. But it can't, usually. But the effect of seeing "In God We Trust" written on every American dollar seems to have given us this subliminal idea that if we worship the great deity Cash, He will bless us and make us immune to all the world's ills.

What Are The Odds?

I was born in 1978 and remember these conversations from the '80s. I'm not certain, but I think at the time the numbers in the Maryland Lotto -- my grandmother lived in Virginia but traveled to Maryland for tickets weekly -- ranged from one to 39.

Last June (2015), Peter Bradshaw in the UK's Guardian newspaper lamented the change of his lottery system's range of numbers from one to 49 to one to 59 -- raising the odds astronomically from 1/14 million to 1/45 million.

Our nation's current obsession with the absurdly high $1.5 billion Powerball prize uses a pool of digits from one to 69, with an additional "powerball" drawn from one to 29. The odds of winning: 1/292.2 million. What's the difference between one in 14 million and one in 292 million? Huge, obviously, but the chances of winning either are so insane that it doesn't register.

Because of my grandmother's obsession with the lottery, I never forgot the lottery that George Orwell described in his prescient and still-overlooked novel Nineteen Eighty-Four, which Bradshaw also quoted in his article:

"The Lottery, with its weekly pay-out of enormous prizes, was the one public event to which the proles paid serious attention. It was probable that there were some millions of proles for whom the Lottery was the principal if not the only reason for remaining alive. It was their delight, their folly, their anodyne, their intellectual stimulant. Where the Lottery was concerned, even people who could barely read and write seemed capable of intricate calculations and staggering feats of memory. There was a whole tribe of men who made their living simply by selling systems, forecasts, and lucky amulets. Winston had nothing to do with the Lottery, which was managed by the Ministry of Plenty, but he was aware (indeed everyone in the party was aware) that the prizes were largely imaginary. Only small sums were actually paid out, the winners of the big prizes being nonexistent persons."

I remember thinking as I read that in 10th grade that, whether or not Orwell's conspiracy theory is true in reality, it's essentially true -- my grandmother was an example of it. She had toiled her way from working class to solidly middle class, and the dream of one day hitting that jackpot was something she seemed to have such faith in that it was akin to her faith that living an honest, hardworking life would pay off with a spot in heaven. I hope the latter is true; she did earn that spot.

But what about our Powerball winner, this fabled billionaire to be? Where is she headed?

This morning on LinkedIn, I saw a story posted by Business Insider called "Here's Mark Cuban's advice for whoever wins the $1.5 billion Powerball lottery." Cutting to the chase:

One point four billion dollars. Put it in the bank, get a lawyer, and tell everyone you care about to bugger off.

Does anyone actually win the Powerball? It's not going to be me, so the answer is somewhat inconsequential. But what the Powerball says about our country is not.

Raising the odds has delayed winning, thus raising the jackpot to a truly ridiculous amount. Obscene, in my opinion. It seems so bombastically American, like Donald Trump, that as the income divide steadily grows and your children (I have none, which doesn't do much to improve my worries about your children's tomorrow.) have ever-lesser chances of advancing socioeconomically compared with previous generations' children, the lottery reflects the imbalanced polarity of our country: instead of potentially winning and becoming rich, as my grandmother had hoped to do, the idea is to become obscenely rich--one winner who inherits the economy of a small nation overnight. And instead of having low chances of winning, we have laughably low chances of winning. And if we do win, what's the idea? Just to luxuriate in our blessings -- to become a high-class hoarder.

Even high-profile billionaires from Mark Zuckerberg to Oprah Winfrey to, yes, even Donald Trump, have vast business empires, and their wealth is circulated among many, many employees; if the average Jill or Joe wins a billion, even if it's just shy of a billion in cash after taxes, it'll be a veritable tsunami of resources that s/he'll, what, use to yacht around the world--and if following Mark Cuban's advice, will hoard entirely for his or herself, becoming something of a Gollum with his precious ring. Gollum, the new American role model, just what Tolkien intended.

No one person or one family needs this much money and, frankly, no one should have it. I am all for wishing and hoping and dreaming of better lives for ourselves, but what happened to community and generosity of spirit?

And who wants to manage a freaking billion dollars?

You're probably thinking "I do!" And while I don't share your desires, I respect your right to them. So good news: I'm opting out of the Powerball lottery, so your odds just went up from one in 292 million to... one in 292 million. (The statistical difference one ticket makes, whether I don't buy it or whether you buy an extra, is technically favorable but realistically makes absolutely no difference... unless, of course, God chooses you for his miraculous reward.)

Good luck to you. I hope you win that billion. I really do. But before you do, please watch Lord of the Rings 46 times and consider where that precious billion dollars is going to take you. After all, no one likes a mean billionaire, as Cuban points out. (But if you follow Cuban's advice, no one will know if you're mean or not, since you'll be spending the rest of your life counting the cash you've got all to yourself. Precious, precious.)

US Presidential Election 2020
Breaking news, analysis and the latest polls on the presidential race from HuffPost’s politics team
See More
More:
MoneypowerballlotteryGreed
Newsletter Sign Up
Everything you should have learned in school but didn’t
Subscribe to HuffPost’s money and living email.
Successfully Subscribed!
Realness delivered to your inbox