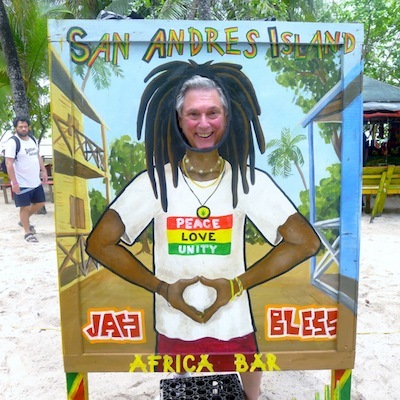 You're in a colorfully seedy cafe on a little Caribbean island. Some homies are sitting around a big, rough-hewn table gulping down a kind of fish stew... at another table, divers are guzzling rum-and-cokes while swapping tales of the day's underwater adventures... at the bar, tourists are arguing (loudly) about the merits of a local beer called Costena vs. imported Red Dog from the States... and all in the din of booty-swinging West Indian tunes blasting out of the loud speakers.

The island is San Andres, a dot on the map about 150 miles off the Nicaraguan coast. (Oddly, this island and two other neighboring specks belong to Colombia, which is hundreds of miles further away than Nicaragua.)

You came here to enjoy a Latin-flavored resort island perhaps best known for three dozen nearby dive sites running along the third largest reef in the world. Waiting for divers are the underwater delights of spectacular caves, sunken ships and cliffs, one dropping down a straight 300 feet. Adding even more color to the scene is a painters' palette of parrot fish, snappers, groupers, butterfly fish and smaller frogfishes, pipehorses, spotfin gobies and spotted shorttail snake eels among other reefies.

Apres-dive, chances are you'll find the chow at the Cafe Gourmet is pretty good, particularly its broiled snapper and other snacks you might have seen darting around the caves and cliffs earlier today. Among menu toppers is a Colombian favorite called rondon, a tasty stew of fish, snails, yam, yucca, pork bits, plantain and dumplings (and seemingly anything else handy in the kitchen), cooked in peppered coconut milk.

But what really draws the crowds to this restaurant-bar in beautiful downtown San Andres - one of many good eateries around the island - is the diversity of its peppy Caribbean music, often played by local bands. 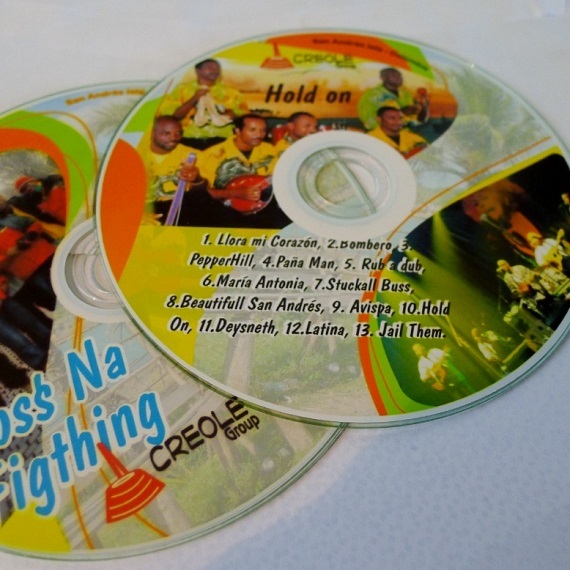 Batting out tunes tonight are five musicians - one strumming a guitar, another plucking away on a banjo, one thumping out the bass on a string poking up from a wash bucket, one shaking maracas and the fifth scratching a donkey's jawbone with a stick. Together, these guys get the crowds up and swinging to classic Colombian salsa-ish cumbias, old-time calypsos, reggae from Jamaica, Trinidadian soca (a combination of soul and calypso), melodious merengue from the Dominican Republic, lively brukdown from Belize, call-and-response funji from Tortola and sexy zouk from Martinique.

Even if you don't dance, it's a safe bet you'll find yourself bobbing your head or toe-tapping to the infectious tunes of the Caribbean.

Staying there: The island offers some 25 tourist-class hotels including a hefty number of beachfront properties.

More:
traveldivingsalsareggae
Newsletter Sign Up
An essential daily guide to achieving the good life
Subscribe to our lifestyle email.
Successfully Subscribed!
Realness delivered to your inbox