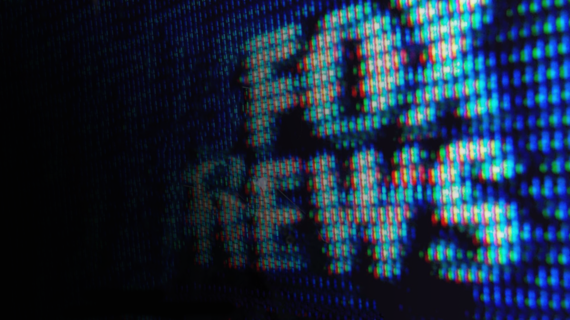 When a public figure is deposed in some way, be it beaten in an election, or in the case of Roger Ailes, forcibly retired, there is a natural human tendency toward sympathy.

Let's not do that for Roger Ailes. As we wait for official confirmation of what his press release and parachute will look like, let us remember Roger Ailes for what he truly was -- and wasn't. Though some will call him a "newsman," Ailes was nothing of the sort. Roger Ailes was a ruthless propagandist whose legacy is being felt today in the ascendance of Donald Trump and the no-holds barred bigotry, lies and fear mongering that passes for his political platform.

For years, he got away with this with censure by hiding behind the label of news and the laughable "fair and balanced" slogan. Twelve years ago, before we made OUTFOXED, even the Democrats were going to allow Fox to broadcast one of the presidential debates, on the theory that it was a legitimate news outlet.

OUTFOXED proved otherwise. The film detailed how we uncovered memos from Ailes to his anchors, telling them how to frame their delivery of "news," to legitimize the most scurrilous of rumors - to stick the weak disclaimer "some people say ..." before ridiculous claims that, for example, then-Senator John Kerry was French.

When I interviewed former Fox employees for the film, I disguised their faces and voices because they feared repercussions. And yes, I did learn of a toxic atmosphere of sexual harassment, but did not find anyone who was willing to talk about it publicly.

A lot has changed since the film came out. Any pretense of fair and balanced -- of being a real news organization -- has evaporated. Journalists, pundits, elected officials, political parties, have given up on the claim that it was just a few biased commentators, but overall, Fox was a news station and instead recognized that Fox is as much a part of the Republican party as the elephant logo. Finally, a few brave women felt they could come forward and speak out against the boss' repulsive behavior.

That's the good news. That bad news is that the damage has been done. We have a generation of voters now who know exactly where to go to have their deepest resentments stroked, their worst instincts catered to and their burning need to blame someone directed. They have a broadcast home where they feel the warm embrace of coded racism. It has been so long since they exercised the skepticism muscle that it has atrophied entirely. They are willing to believe what they are told so long as it reinforces their own sense of something vague being wrong and someone else, also vague, being at fault.

This is where Donald Trump the Politician was born, and raised.

So I sincerely congratulate and thank the women who were willing to take a stand against Ailes and the Murdoch brothers for seeing the light -- words I am shocked by even as I write them.

May they use this opportunity to make other substantive changes, to reshape their station into a vehicle for real democratic debate and for actual news coverage. May the actual facts matter, once again, on all our networks. It's a long shot, of course, but a person's got to dream.

To celebrate the end of Roger Ailes' career, watch OUTFOXED for free here. It's free and it's timely.