The campaign to oust NFL Commissioner Roger Goodell has taken to the skies.

Women's advocacy group UltraViolet planned to fly banners that read “@Ultraviolet: #GoodellMustGo” over three NFL stadiums on Sunday. The first banner was spotted above MetLife Stadium in New Jersey before the Giants kicked off against the Cardinals. 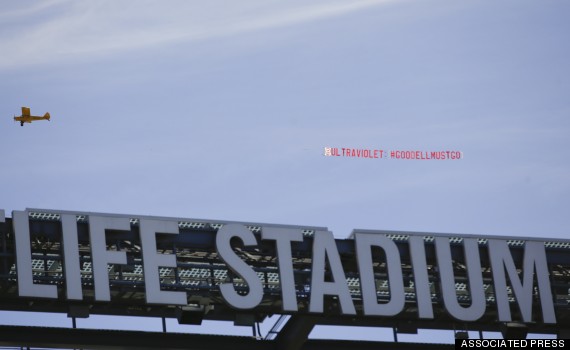 A second banner was seen flying over Cleveland where the Browns were set to play the New Orleans Saints. The group had planned to fly a third banner over the San Fransisco 49ers' Levi Stadium but canceled due to plane issues. Another plane is expected over Indianapolis on Monday night prior to the Colts-Eagles game.

With the NFL facing a major credibility crisis following its mishandling of the Ray Rice domestic violence situation, calls have increased for Goodell to resign or be fired. Women's rights groups, notably UltraViolet and the National Organization For Women, have been prominent in asking the NFL to address its violence against women problem. Those groups have been joined by ESPN's Keith Olbermann in excoriating the NFL for its reactionary handling of the Rice case as well as its inaction related to ongoing domestic violence cases involving Greg Hardy of the Panthers and Ray McDonald of the 49ers.

"It is time for Roger Goodell to resign, and for the NFL to get serious about its commitment to ending violence against women within the league," UltraViolet co-founder Nita Chaudhary said in a press release obtained by the Indianapolis Star. "In a country where a woman is battered every 9 seconds and 1 in 4 women experience domestic violence in their lifetime, we simply cannot afford to have an NFL commissioner who doesn't take this issue seriously."

After initially suspending Rice two games following his offseason domestic violence arrest, the NFL upgraded his punishment to an indefinite ban following the release on Monday of explicit video of the incident. In his first interview following the release of the video, Goodell claimed that the NFL had not seen the footage until it was made public by TMZ. That assertion was called into question on Wednesday when The Associated Press reported that a law enforcement official sent the video to an NFL executive in April, five months before it was released. In the aftermath of that bombshell report, the NFL announced that former FBI Director Robert S. Mueller III would be conducting an investigation into the matter.

Citing several unnamed people familiar with the views of NFL team owners, The Washington Post reported on Thursday that Goodell could be removed from his post if the investigation reveals that was guilt of willful misconduct in handling the Rice situation.

“He’s been a very good commissioner and he’s done great things for the league,” an unnamed high-ranking executive with one NFL team told The Washington Post. “The presumption is that he’s telling the truth and the investigation will demonstrate that. We’ll go by the report [generated by Mueller’s investigation]. If the report says something different, we’ll take the appropriate action.”

With his league under intense scrutiny following a tumultuous week that also included the indictment of Minnesota Vikings running back Adrian Peterson in a child injury case, Goodell was conspicuously absent as the Sunday schedule began. He was expected to appear at the 49ers' first home game in their new stadium on Sunday night, but was backing out of his longstanding commitment, reported Comcast Sportsnet. 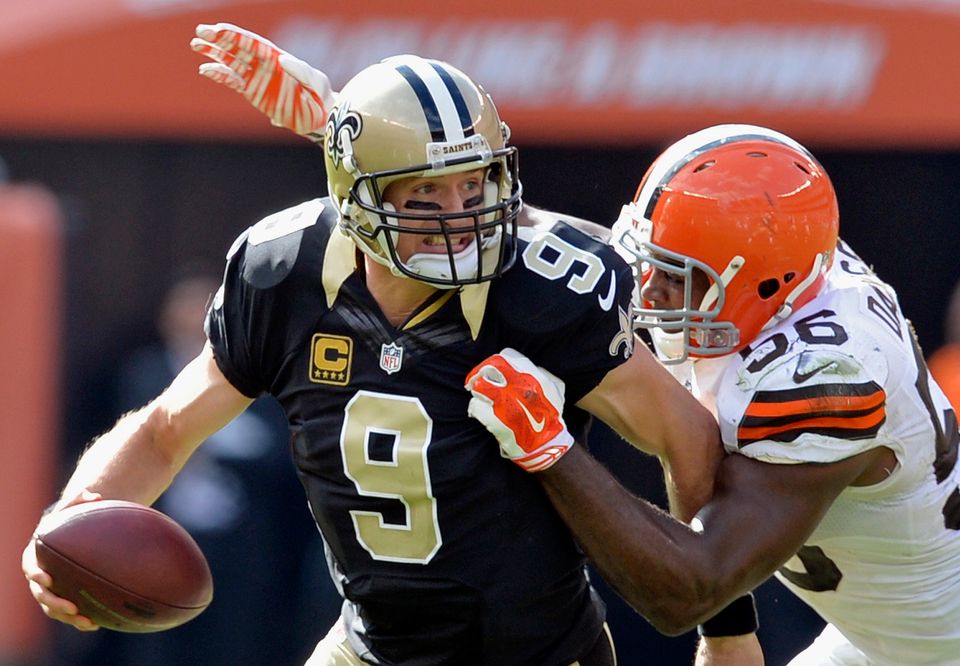