If you’re looking to save money on prescription medicines, there’s a handy website and mobile app that can help you spend less. If America’s pharmaceutical market weren’t so crazy and confusing, it wouldn’t need to exist.

According to the Centers for Disease Control and Prevention, nearly half of Americans use prescription medicines each month, and anyone who buys them already knows they can be incredibly expensive.

Enter the online retail drug discount company GoodRx, which launched in 2011 as a way to show consumers how to get their prescriptions filled at the lowest price. The company reports that 100 million people have used the service to find the cost of medicines at local pharmacies. The service, which is mainly intended for people without health insurance, is one of many drug discount programs available.

Thomas Goetz, director of research at GoodRx, said that what the Santa Monica, California-based company offers is transparency in a broken market. “When that transparency is in the hands of consumers, consumers start to change behavior,” said Goetz. “And that starts to change the economics of the system. It’s very slow-going, but that’s in general what we’re all about.”

GoodRx’s data makes it clear just how broken that system really is. HuffPost compared the costs for commonly used medicines at drugstores in 10 cities on the company’s website and found head-scratchingly wide variances in prices.

Take, for example, four medications often used together by heart patients: atorvastatin, a cholesterol-reducing drug that’s sold under the brand name Lipitor; lisinopril, a drug for high-blood pressure sold under the brands Prinivil, Qbrelis and Zestril; metoprolol, a medicine that treats high blood pressure and angina sold under the brands Lopressor, Kapspargo Sprinkle and Toprol-XL; and Xarelto, a drug that prevents blood clots and has the generic name rivaroxaban but is currently sold only under its brand name in the U.S. (These are the actual drugs that a patient HuffPost interviewed uses on a daily basis; we’re not naming that individual for privacy reasons.)

We found that frequently the price of the same pills can be double or triple at one store what another store just miles away charges. In some cases, the highest price was more than six times the lowest price listed on GoodRx.

In only a few instances did one pharmacy offer the lowest price for all four medicines, meaning that patients seeking to spend as little as possible on those crucial drugs would have to visit multiple drugstores each month to refill their prescriptions.

That’s what Amy McCallister, 50, of Quakertown, Pennsylvania, does. McCallister uses 13 prescription medications daily for a litany of health problems, including fibromyalgia, rheumatoid arthritis, migraines and chronic pain, which have left her too sick to work for the past nine years.

“I play the GoodRx game,” said the former medical assistant and volunteer emergency medical technician. Most of her drugs are cheapest at Walmart, but a few are less expensive at CVS, McCallister said. “There’s such a drastic difference in cost that it’s worth it for me to drive the extra mile and a half,” she said.

The pharmaceutical market is incredibly complex, even compared to the rest of America’s byzantine health care system, and many factors help explain why a 30-day supply of 45mg metoprolol pills costs $3 at Fry’s Food Store in Tucson, Arizona, but $12.48 at Walgreens. Examples of this sort abound in the data HuffPost examined from GoodRx.

The ZIP codes we used were for HuffPost’s offices in New York, Los Angeles and Washington, D.C., as well as for Lebanon, Kansas (the geographic center of the contiguous United States); Tonopah, Nevada (the largest ZIP code by geographic area); Anchorage, Alaska; Clearwater, Florida; Lihue, Hawaii; Sioux Falls, South Dakota; and Tucson. GoodRx data is mostly limited to pharmacy and grocery chains. HuffPost gathered this information in July, so some prices may have changed since then.

Variations in costs are especially painful for patients who take high-priced brand-name drugs. For example, the prices on GoodRx reveal that in most places, the difference between the cheapest and most expensive options for Xarelto is relatively small; the biggest difference was in Sioux Falls where the highest price was 6.5% more than the lowest. But even that difference translates to around $25 a month, or about $300 a year, which is a lot of money for many Americans.

The prices for generic drugs are relatively low compared to those of brand-name medicines, but the GoodRx data show the range is much wider. In four cities, the highest price for atorvastatin was more than six-and-a-half times the lowest price.

For instance, the cheapest place to buy a one-month supply of atorvastatin near HuffPost’s Washington office was $6 at a Harris Teeter grocery store and the most expensive was $45.37 at both Walgreens and Rite Aid. A patient filling their prescription at Walgreens and Rite Aid would spend $472.44 more each year than a patient going to Harris Teeter.

The question “How much does that drug cost?” rarely, if ever, has a simple answer.

For example, the average national price set by the manufacturers of atorvastatin was $8.57, according to internal data GoodRx shared with HuffPost, while the average price a patient would pay without insurance or discounts was $113.58. Using GoodRx at the pharmacy, that same medicine cost an average of $17.36.

The only price that matters to patients is the amount paid at the drugstore, of course. That varies greatly depending on whether they have health coverage and how good the benefits are. Pharmacy prices can differ from month to month, and what the customer pays at the counter can change each year with changes to insurance plans.

Behind all that is a complex set of deals between giant health care companies. Drugmakers set one price, and then pharmacy benefit managers, or PBMs, like Express Scripts and OptumRx negotiate that down for their clients (i.e., employers, insurers, policyholders and the government). Drugstores have their own prices for patients buying medicines without insurance, which typically but not always are higher than the lower prices available through discount programs like GoodRx.

Everybody along the way is trying to make a profit. But it’s the pharmaceutical manufacturers that set the pace, said Len Nichols, director of the Center for Health Policy Research and Ethics at George Mason University in Fairfax, Virginia.

“There is no single villain here, but the first cause is always the list price,” he said. “The PBM cuts their own deals with manufacturers and those deals flow through the system in such a way that some people find drug A is cheaper than drug B, and some people find exactly the opposite.”

For example, the manufacturers’ average list price for a one-month supply of 40 mg of atorvastatin is $2.07, according to data that GoodRx provided to HuffPost. A customer buying the medicine at a drugstore without using insurance or a discount program would pay an average of $18.04. And the average price paid without insurance but using GoodRx discounts is $9.13.

For many patients, it makes sense to set aside their insurance and pay the discounted cash price. It may be cheaper than their copayment, and consumers with high-deductible health plans may be better off each month paying a lower price at the pharmacy, especially those who don’t expect to meet their deductibles in any given year. GoodRx reports that 70% of its customers have health coverage, compared to around 90% of Americans overall.

McCallister is covered by a private Medicare Advantage plan, but still opts to use GoodRx to pay out of pocket for her prescriptions, she said. The policy doesn’t cover all her drugs, she said, and sets such high cost-sharing for others that the discounted prices from GoodRx and the pharmacies are lower.

Using the prices listed on GoodRx simplifies comparisons. GoodRx gets data from the pharmacies on the lowest prices available without using insurance. It identifies the least expensive versions of medicines, which often are manufactured by multiple companies, at each store. The “coupons” the company provides aren’t actually coupons but facilitate the pharmacist’s filling the prescription with the exact version of the drug available at that low cost. The pharmacy then pays GoodRx a referral fee.

GoodRx says that it does not sell patient information and that it makes money by collecting fees from pharmacies and by selling ads on its website and subscriptions to GoodRx Gold, a paid service that offers deeper discounts. The company is privately held and doesn’t disclose its financials, but it was valued by an investment group at $2.8 billion last year.

The GoodRx method of saving money is different from the actual coupons offered by pharmaceutical manufacturers that insured patients can use to offset their copayments. The GoodRx prices sometimes work in conjunction with pharmacies’ in-house discount programs, which sometimes require customers to pay a subscription fee to access the cheapest price. In some cases, those programs result in patients paying $0 for medicines beyond the subscription fee.

In addition to the inscrutable complexity, the underlying prices of drugs are rising in the U.S., as is the amount everyone spends on prescription medicines.

Adjusted for inflation, per capita annual spending on prescription drugs was $90 in 1960, according to data from the Centers for Medicare and Medicaid Services. In 2017 (the most recent year for which data is available), per capita spending hit $1,025, a more than 1,000% increase over that 57-year period. Americans collectively spent more than $333 billion on prescription drugs in 2017, which amounts to 10% of total national health care spending.

Meanwhile, the amount that patients have to pay out of pocket has increased. In 2018, 85% of people with job-based health benefits had to meet an annual deductible before their insurance kicked in ― an increase from 59% in 2008, according to a survey by the Henry J. Kaiser Family Foundation. And average deductibles have increased from $735 in 2008 to $1,573 in 2018. It’s also becoming more common for insured patients to have to pay “coinsurance,” or a percentage of the drug’s cost.

To McCallister, the bottom line is that drugmakers, insurance companies and pharmacies are forcing decisions to be made based on cost, not what’s best for the patient.

“They’re not the doctor,” she said. “It should be up to the doctor to give you what’s best.”

PHOTO GALLERY
New Uses For Everything In Your Medicine Cabinet 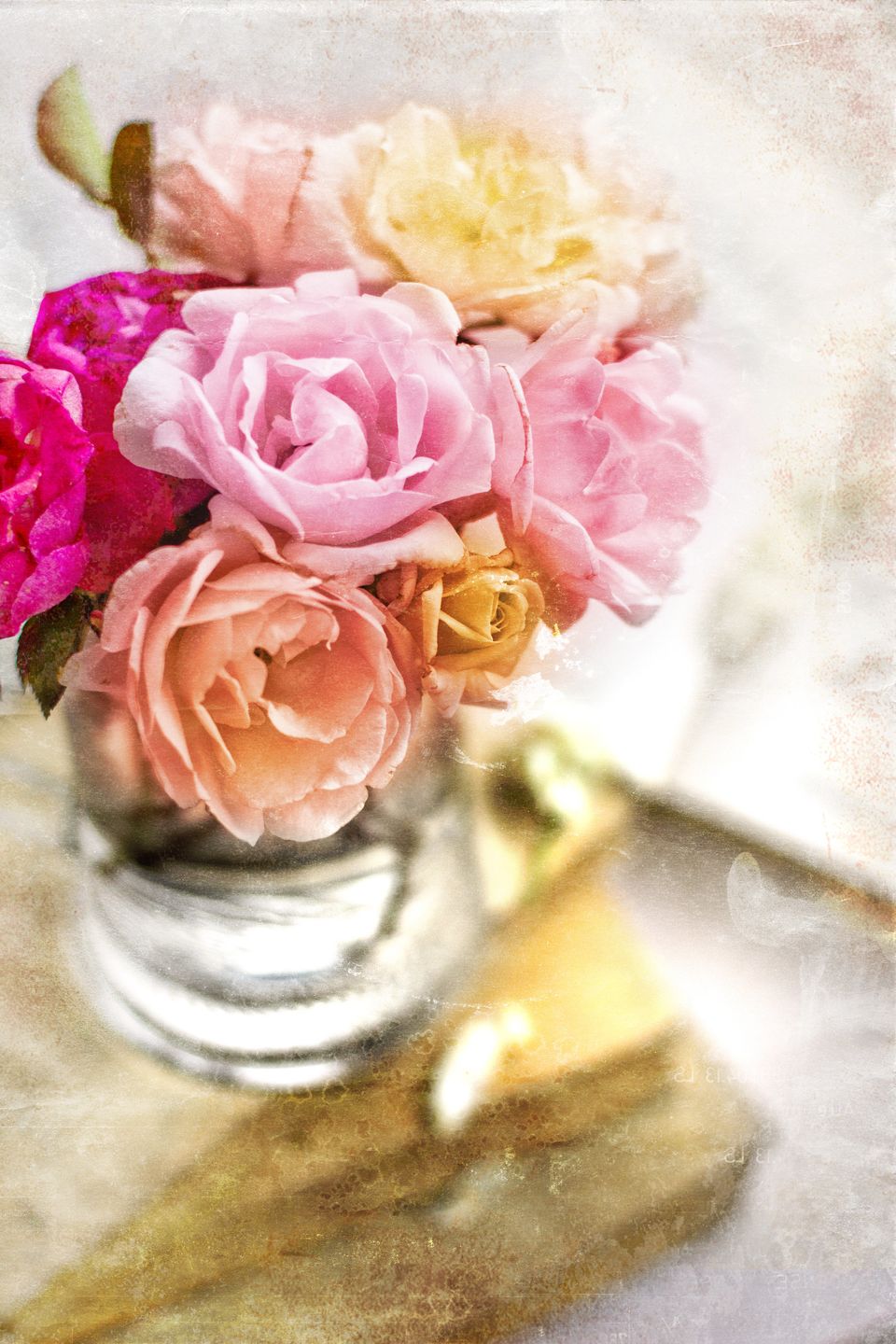 1 / 10
Make Flowers Last Longer
Flowers are just lovely &hellip; until they die. Make your bouquet last longer with aspirin! Crush aspirin and add it to a vase of water and voila, you have a long-lasting arrangement. There are several theories as to why. Some cite the aspirin's anti-inflammatory qualities as helping the water penetrate the stems; others claim the drug fights off bacteria. Whatever the reasons, it works. Just make sure you use actual aspirin, not any of those gel caps.
Shutterstock