Mountain View, California. When Professor Carlos Souza of Brazil approached Google for the extra computing power he needed to calculate deforestation, he set into motion a chain of events that led to the development of their groundbreaking Earth Engine. 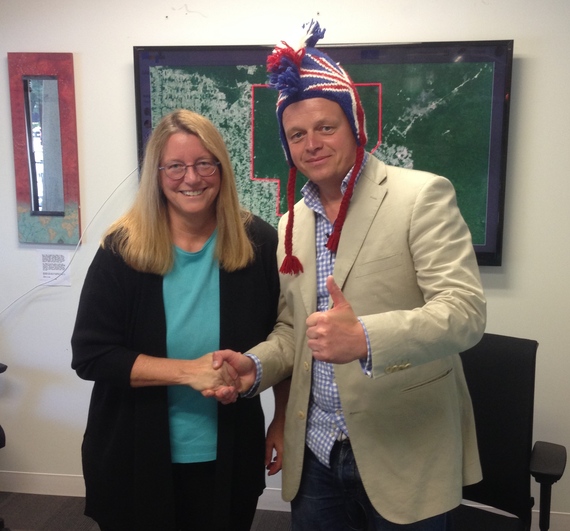 As Rebecca Moore, manager of the Earth Engine team explains, they immediately rose to the challenge and soon found themselves in an underground bunker in Utah retrieving 12 years worth of satellite imagery from NASA's Landsat satellite.

Harnessing the power of 10,000 specially configured computers, and an algorithm from University of Maryland scientist Matt Hansen, the Earth Engine powered into action, processing a million hours of computation, to analyse a staggering twenty terapixels of data or twenty trillion pixels, within a couple of days.

A remarkable achievement in computing power and one that for the first time, brought to life a historical time-lapse of the Earth's surface.

Fast forward to today and Google now receives updated satellite imagery from NASA every 24 hours. A feat of engineering that allows us to monitor and predict a number of scenarios from deforestation to an outbreak of malaria.

But extraordinary as this is, the future lies in Google's shrewd acquisition of Skybox -- a startup devoted to launching private satellites. The size of mini-refrigerators, these devices promise higher-resolution at a fraction of the cost and will no doubt usher in a future were our rainforests can be monitored in real-time.

A stratospheric leap in technology and one that will ensure that the damage and intrusion being caused to indigenous communities, wildlife and the very rainforests we depend on will no longer go unnoticed by the global community

So a big thank you to Rebecca and her team, for showing how corporations like Google can use their technology as a force for good.

In this series of interviews Jungle Bird speaks to the people and organisations who are making a difference in tackling deforestation.

To be notified of further interviews, please subscribe above.