On first inspection, Google All Access, the new streaming music service that Google announced on Wednesday, is merely a late arrival to an already crowded party. It's yet another entry alongside big players that include Pandora, Spotify, Last.fm, Rdio and Rhapsody.

But unlike any of those other companies, Google's music service could fail to capture market share from the big players and still be a success. That's because delivering music and new accounts is yet another way for Google to amass personal, intimate details about its hundreds of millions of users -- information that enables it to better target ads.

"Whether it's music, photos or mapping activity -- each of these are on-ramps to getting your content and essentially behavior into their cloud so they can ultimately deliver more personalized experiences and monetize those experiences," said Danielle Levitas, a consumer technology analyst at IDC, the technology market research firm.

Google has a vast trove of data about its users. Assuming you use Gmail, the Chrome web browser or have on occasion used the search engine whose name long ago became a verb, the company knows, among many other things, where you live, work, where you're going, what you're reading, what you're searching for, what you're thinking of buying, what you're watching and, of course, what's on your calendar and in your email.

Last year Google changed its privacy policy so that data about users' activity on one service was no longer separate from that user's data on another service. That is, information about a person's behavior on Google's YouTube can now be used to serve her better-targeted ads in Google Search. So getting hard data about musical preferences will only strengthen profiles of Google users and allow the company to offer even more contextual -- and valuable -- ads.

For example, if a Google All Access subscriber who lives in New York City has been streaming music from the band The Postal Service non-stop, and Google knows, thanks to Google calendar, that the person is free on the evening of June 20, the company could theoretically show an advertisement for the upcoming concert at the Barclays Center.

Google made 95 percent of its $50 billion in revenue from advertising last year.

By itself, streaming music presents an increasingly enticing area with substantial potential revenue opportunities. Nearly 150 million people in the U.S. listen to streaming music services, Internet radio or other audio streamed online or through apps each month, according to data from eMarketer, which focuses on digital market research.

But Google may have a unique reason to jump in regardless of whether the service by itself proves lucrative. The company's music offering could fail to capture significant market share from players like Pandora and Spotify, but still be an enormous success if it provides Google with information about who's fond of Justin Bieber versus The Rolling Stones.

"Google is very good with intent data -- what I'm researching, what I'm looking for, what I want to buy," said Anthony Mullen, a senior analyst at Forrester, the research and advisory firm. "I think Google can outvalue people like Spotify because they have a bigger view of my data footprint."

But unlike Pandora and Spotify, Google's music app doesn't have a free option. The company is, however, promoting the app as an "Editors' Choice" in the Play store and offering a 30-day free trial. Those who sign up before the end of June will pay a monthly fee of $7.99 rather than $9.99.

Google's huge user base -- the company doesn't reveal the number of registered Google accounts, but a spokesperson said that there are more than 425 million active Gmail users -- and reach give Google marketing muscle to promote the app. Even if many people choose not to spend $10 per month, the free trial period could still provide Google with valuable data.

And if the new music service is good, it could attract even more users to the already massive company, said IDC's Levitas.

Google All Access could connect those who've previously shied away from Google's other products "to the Google brand or Google services in general," said Levitas. "For some, music may be the entry point."

"It's not like it has to be the best service," Levitas added. "It just has to be complementary. They just have to be a contender."

But in the end, it's all about user data.

"Google's goal is to use our data to refine its offerings and sell us the result," Chris Silva, an analyst at Altimeter Group, wrote in an email. "It's a smart play where the user becomes the product that they resell to us."

This story has been updated to include figures on Google's advertising revenue.

Google 'All Access,' The Search Giant's 'Spotify Killer,' Is All About Data
Google I/O 2013 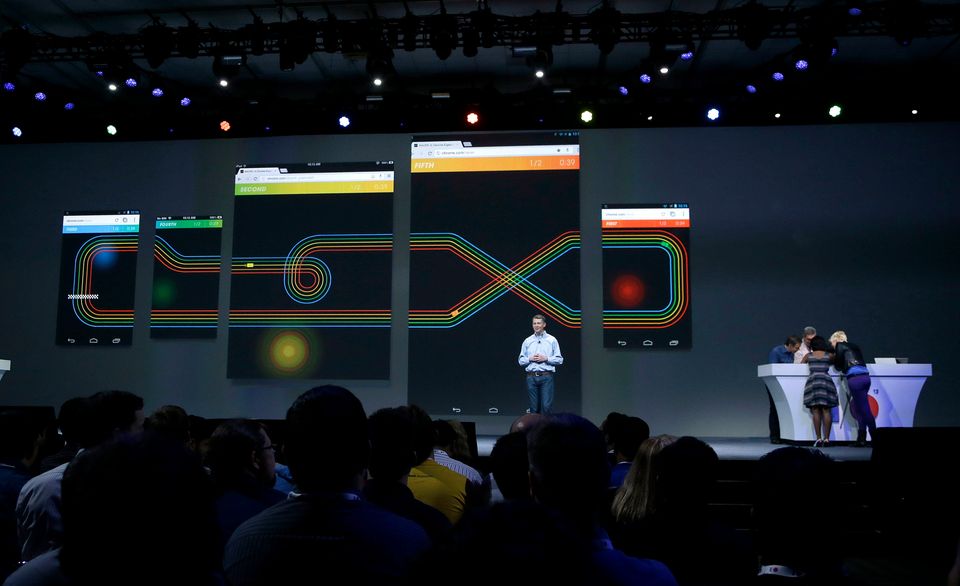