An article that appeared Wired Danger Room yesterday reveals that the CIA and Google are now in cahoots to invest in a new company called Recorded Future -- a real-life version of Minority Report, one that's all fact and no fantasy, It's purpose is to know the present and predict the future, totally. 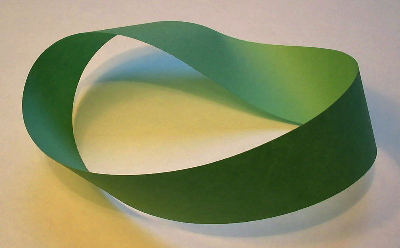 I'm a longtime fan of Google and its mission to "organize the world's information and make it universally accessible and useful." And I applaud its founders and workers' commitment to "Do No Evil." I'm disappointed, therefore, that Google is treating such a potentially dangerous technology, on the scale contemplated by the CIA, as just another investment in IT done up in red, white, and blue bunting. These are smart people. They must know better. What motivates this scheme? According to writer Noah Schachtman, who broke the Recorded Future story on Wired,

The investment arms of the CIA and Google are both backing a company that monitors the web in real time -- and says it uses that information to predict the future.

The company is called Recorded Future, and it scours tens of thousands of websites, blogs and Twitter accounts to find the relationships between people, organizations, actions and incidents -- both present and still-to-come. In a white paper, the company says its temporal analytics engine "goes beyond search" by "looking at the 'invisible links' between documents that talk about the same, or related, entities and events."

The idea is to figure out for each incident who was involved, where it happened and when it might go down. Recorded Future then plots that chatter, showing online "momentum" for any given event.

"The cool thing is, you can actually predict the curve, in many cases," says company CEO Christopher Ahlberg, a former Swedish Army Ranger with a PhD in computer science.

The technology relies on Google's massive distributed computing power, its global networks, and the fact that nearly everyone on the net uses Google multiple times each day to store and share information to construct plausible pictures of what's happening anywhere in the world and more dangerously for civil liberties, economic markets, political diplomacy, and anything else that relies on a measure of uncertainty and privacy, what's likely to be happening in the world. To again quote Schachtman,

Recorded Future strips from web pages the people, places and activities they mention. The company examines when and where these events happened ("spatial and temporal analysis") and the tone of the document ("sentiment analysis"). Then it applies some artificial-intelligence algorithms to tease out connections between the players. Recorded Future maintains an index with more than 100 million events, hosted on Amazon.com servers. The analysis, however, is on the living web.

"We're right there as it happens," Ahlberg told Danger Room as he clicked through a demonstration. "We can assemble actual real-time dossiers on people."

Recorded Future, invested in by Google Ventures and the CIA's spooky In-Q-Tel VC subsidiary, posits greater certainty but its result could be exactly the opposite, a more uncertain future in which everyone will be gaming everyone else, on Google, Facebook, in books and periodicals, business articles, sports analyses, personal email, podcasts, political flyers -- every human statement and record -- throwing into doubt the veracity of any posting, comment, website, or archive. This happens already on online predictive-market simulations. And YouTube videos are scamming the public comprehension of complex events. Should Recorded Future succeed, it could turn the production and accumulation of information and knowledge into a never-ending race between the forecasters of the future and those who seek to assuage or delude them.

Conceivably in this future, CIA hitmen could be dispatched to eliminate a terrorist suspect even before the suspect knew what terror he or she is about to undertake. That was the premise for Minority Report (based on a story by Philip K. Dick), in which a future "Precrime" police unit fields SWAT teams that take out people before they commit crimes, based on the premonitions of three psychic mutants. Unfortunately, just as with Precrime's mutants, technology can go terribly wrong or be abused and the results can be deadly.

But even more profound, unintended consequences could follow if Recorded Future's predictions are released to the world -- or if they are not and are acted on by only a small cadre of specialists, to the exclusion of others. Either outcome could be catastrophic for financial markets, industrial competition, world economies, and the relations between nations, not to mention individuals' sense of personal security. In that future, an Iran or North Korea will fear not only that its every move can be a cause for war, but that every idea expressed or even just imputed from undisclosed tell-tales may lead to its destruction. The impulse to strike first will no doubt key a preemptive response on both sides of the equation.

Recorded Future's technological success could instigate deadly chess games at all levels between Knowers and The Known, who may often be one and the same, simultaneously. In this sense, Recorded Future technologically is an evolutionary step upward from the Total Information Awareness promoted by the CIA's General Poindexter (kept alive in concept by the CIA), but potentially a socially evolutionary step downward. Only some people will be granted its God's eye view of reality and insights to the future. On their beneficence or villainy could depend the fate of the world as we know it.

Ironically, Google's participation in this project could result in it debasing its own value as a carrier of information shared by others for purposes having nothing to do with the security of the American state, both its governmental wing and the industrial sector that affects national policymaking and, via outsourcing, its technological deployments.

For a fact, private corporations have been using systems like Recorded Future's for over a decade, constantly refining their predictive capabilities. But none has at its disposal the computing power or access to all the world's data that Google and the CIA have between them. Corporations and private investors that can wangle their way into the Company's good graces as collaborators and subcontractors could have a tremendous advantage over their competitors if they can gain access to Recorded Future, even in its infancy. 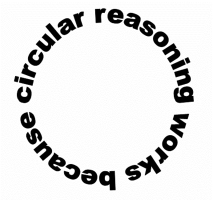 Schachtman's article doesn't go into great detail on the business relationship between Google and CIA or with their offspring, Recorded Future, or the missions that Recorded Future may be expected to undertake. And because of the shroud of national security that the CIA throws over every development, it's unlikely that anything short of a Congressional hearing will reveal more. However, one thing is certain: those who have a stake in the future -- all of us -- must develop a new awareness for predictive technology and how it can and will be used not only to describe the present but also to forecast the future and, in the process, remake it.

The flip side is that, were Recorded Future's power to become a public asset generally accessible to people around the world (with limitations on critical types of information, like market dynamics), it could be a boon to global awareness and the ability to solve crises like climate change and nuclear disarmament.

Robert David Steele, an intelligence community insider but not in the mainstream, is the author of The New Craft of Intelligence: Personal, Public, & Political - A Citizen's Action Handbook for Fighting Terrorism, Genocide, Disease, Toxic Bombs, & Corruption, a comprehensive primer on "open source intelligence." He posits a world in which citizens, working openly with the tools and information available on the Internet and in other public sources -- this was before Google was going great guns -- can exceed the intelligence capability of the CIA many times over. What was missing, according to Steele, was geotagging of data so that it could be made relevant to problems needing solution, from local issues to global affairs. The New Craft is a striking exposition and a strong refutation of Recorded Future-like pipedreams. Given that Google is now mature and SRI's GeoWeb can provide the universal geotagging process, we might be on the verge of a situation-aware global populace. But is that likely with the CIA in charge? Steele has his doubts.

In his groundbreaking 1992 novel Snow Crash, futurist Neal Stephenson described a successor to the CIA, the CIC -- Central Intelligence Corporation -- a for-profit company that takes over the management role of what was once the U.S. Government, now defunct. It relies on a virtual-world simulacrum, "Earth," as a portal into the Metaverse, the entire collection of all digital knowledge and representations. (Another irony: Earth is a descendant of Google Earth which, according to one of its developers, Avi Bar-Zeev, was inspired by Stephenson's vision of Earth.)

Things go radically wrong in the already data-warped Metaverse and the material world it represents, not least because unsavory people gain access to Earth with its potential for revealing everything they need to know to create a Doomsday scenario. Stephenson's allegory takes some wild bounces, but its lesson for those of us living in the present -- now in the presence of a possible Earth -- is clear.

Now is the time for openness, transparency, and public discussion about what is being proposed via Recorded Future: the power to remake our future and our world, with unexpected consequences that even the most benign benefactors -- even the kind folks at Google -- had best take very, very seriously. This isn't just about the union of business or spycraft, it's existence itself that the digital alchemists are taking in hand.

You can read Noah Schactman's article on WIRED at:
http://www.wired.com/dangerroom/2010/07/exclusive-google-cia/#ixzz0v7drHZhm