If the tech world were a high school, Google, apparently, would be crowned prom queen.

According to an ABC News/Washington Post poll released on April 5, Google beat out Apple, Facebook, and Twitter to win the title of most popular tech brand.

Langer Research Associates, a survey research management and consulting firm, contacted 1,007 adults from March 28 through April 1 to gauge their opinions of mega tech companies like Google, Apple, Facebook, and Twitter. 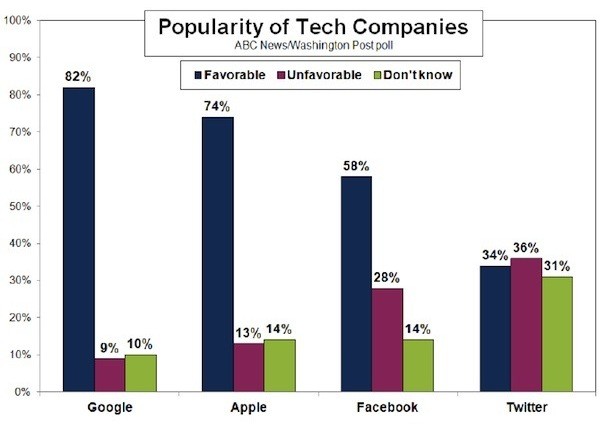 The poll also reveals that the tech companies' popularity seems to peak within different demographics. For example, people with household incomes of $100,000 or more seem to favor Google and Apple most; 93 and 91 percent of people within this demographic express favorable opinions of Google and Apple, respectively.

Unsurprisingly, Facebook seems to be most popular with young adults, 76 percent of whom express a favorable opinion of the social network. Twitter, on the other hand, is seen favorably by only 42 percent of young adults and unfavorably by nearly the same percentage, 43 percent.

In addition to being popular with American consumers, Google seems to be pretty well-liked by its employees, too. According to a March survey by Glassdoor, Google scored higher than Facebook in employee satisfaction ratings of the company overall, compensation/benefits, and work/life balance.

The Atlantic calls attention to the fact that these numbers seem to be pretty high considering some of the privacy concerns that have arisen for a few of these companies in recent weeks.

Even Google CEO Larry Page is aware of the complicated relationship that often exists between customers and companies. As The Atlantic pointed out, he touched on the subject in a letter to investors posted on April 5, writing:

We have always wanted Google to be a company that is deserving of great love. But we recognize this is an ambitious goal because most large companies are not well-loved, or even seemingly set up with that in mind. We’re lucky to have a very direct relationship with our users, which creates a strong incentive for us to do the right thing.

Given the extent to which companies like Google, Facebook, Apple, and Twitter have become engrained in our everyday lives -- and how much slack we're apparently willing to give them -- it seems they may be off the hook...at least for now.

What do you think of the results of this poll? Which tech company do you like best? Let us know in the comments, then take a look through the slideshow (below) to see the 9 most valuable tech brands in the U.S., according to a report from September 2011. 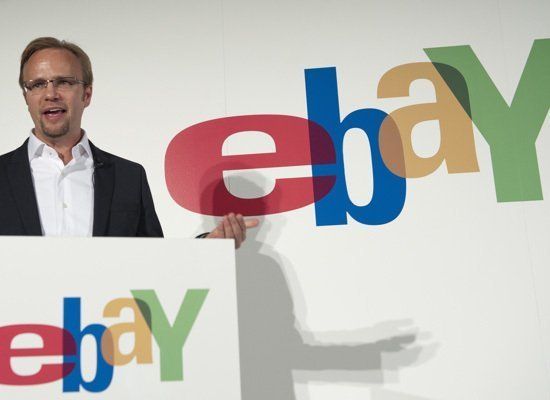