Visit New York's Museum of Modern Art, then take a tour through London's Tate Britain, followed by a quick trip to Florence's Uffizi with just a few clicks of the mouse.

It's all possible using Google's Art Project, an interactive online showcase that takes users through some of the greatest museums in the world using a Google Street View-like interface.

Art Project, which Google introduced in a blog post on Tuesday, allows users to virtually explore the interior of 17 partner museums ("the Street View team designed a brand-new vehicle called the 'trolley' to take 360-degree images of the interior of selected galleries. These were then stitched together and mapped to their location, enabling smooth navigation of more than 385 rooms within the museums," Google explained).

Users can also selectively zero in on the artworks to see extreme levels of detail. "On top of the 1,000+ other images, each of the 17 museums selected one artwork to be photographed in extraordinary detail using super high resolution or 'gigapixel' photo-capturing technology. Each of these images contains around 7 billion pixels--that's that's around 1,000 times more detailed than your average digital camera--and a specially-built "microscope view" uses Picasa to deliver thie images at amazingly high resolution," Google wrote.

While the interface is intuitive and the possibility of bringing historic, iconic artworks into people's living rooms is laudable, Art Project still has a few rough edges. For example, not all artworks can be viewed in high-quality detail--Google, and the museums, have decided for you--and as not all rooms in the museums have been mapped, users can sometimes run into dead-ends, unable to move forward into the next gallery. (See screenshots below)

In addition, the Street View navigation tools can be less-than-sleek, and it's easy to overshoot your mark, be directed into a wall, then have to painstakingly back up in a series of clicks.

As The Telegraph notes, "[S]omeone else is deciding what images are worthy of study on your behalf - an impulse that surely runs counter to the 'democratic' motivation of the project in the first place. Essentially, Google's Art Project is a cherry-picking tool, but I would much rather choose the cherries I want to pick myself." By offering only some artworks and some galleries, the chance encounters and serendipity of being lost in an undiscovered (to you) artwork is lost. In addition, it appears that descriptions about the paintings, with information about the medium, artist, date, and title of the work, are unavailable for most works.

Still, Art Project is worth a whirl and has received an enthusiastic reception. "Very much liking the Google Art Project," tweeted one user. Another commented, "This is amazing. Take a look at the new Google Art Project. Take a walk in the Met galleries from home & for free!" What do you think of the project? Weigh in below. 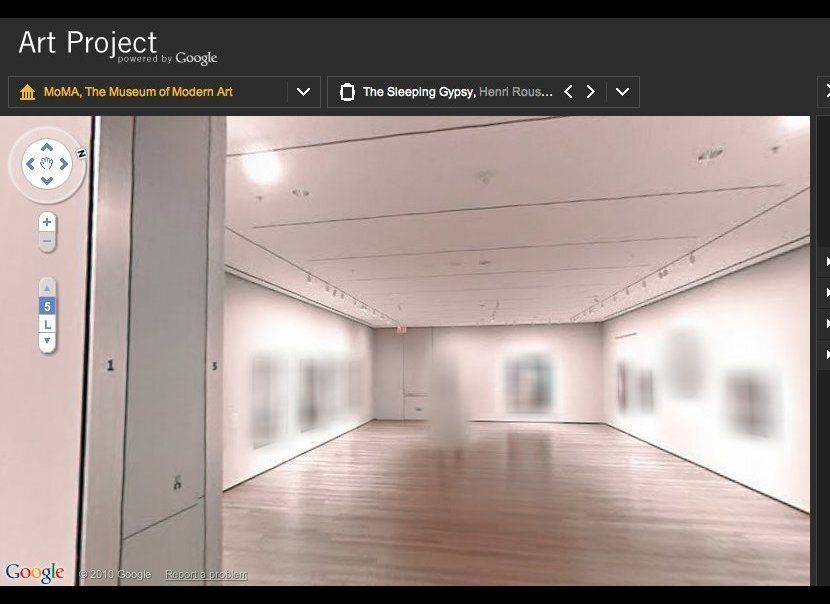