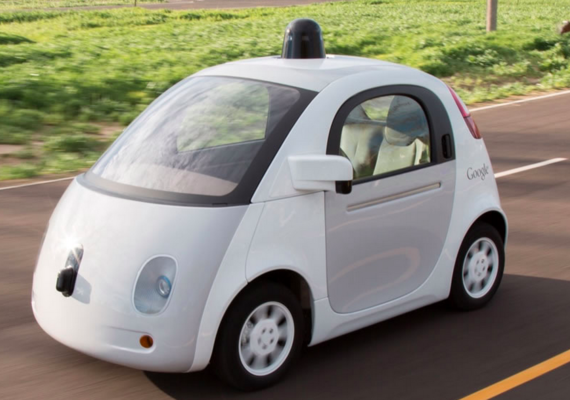 A Google robot car was pulled over in Mountain View for driving too slowly. Yes, you read that right. The self-driving car was driving so far under the speed limit that it had snarled traffic. The speed limit was 35 miles per hour. The Google Cars have a top speed of only 25 miles per hour. Seeing the traffic and wondering why the lead car was driving so slowly, the motorcycle officer pulled over the Google vehicle.

To me, this further underscores why we should let the robots drive. Yes, the car was driving too slowly. But is this the worst thing to happen? I've driven along those same roads in Mountain View and stressed out Silicon Valley Speed Racer wannabes often zoom way over the speed limit.

Which brings us to the latest Google Self-Driving Car accident report numbers. Each month the data team at Silk.co converts Google's PDF into a Google Car Incident Report with data formats for visualizations, analysis and mapping. And for the second month in a row, the Google Cars didn't cause a single new crash. September and October: First time this year with no new incidents for two month in a row. Over millions of miles traveled on the roads Google cars have only been involved in 16 accidents with no serious injuries.

Not a single one of those crashes was caused by the Google Car or even by a human being driving a Google Car. As I've stated before, the vast majority of the accidents came when a Google Car was rear-ended at a stop sign or intersection. Which brings us to the crux of the matter. Maybe, just maybe, a slow-moving Google Car causes inconvenience to use human drivers. But it also shines a spotlight on where the real problem lies.

So let's all say it together now. Let the robots drive. I'd rather have a slow robot in front of me, a slow robot behind me, and a nearly 100 percent chance of avoiding any sort of accident. Give the Google Cars (and others) the keys. The sooner the better.