Following Google's I/O event on Wednesday evening, Samsung showed off its new Series 5 Chromebooks, which pack 8.5 hours of battery life, a 12.1-inch display, a dual-core Intel Atom N570 processor and an HD webcam. It'll run you $499 for a 3G-connected version or $429 for the Wi-Fi only.

Chromebooks will be available from both Samsung and Acer (in Titan Silver or Arctic White) on June 15th from Amazon and Best Buy.

Most reviewers note Samsung Chromebook's trackpad is a big improvement over Google's Cr-48 pilot laptops from last year, and the device will boot up in a blazing eight seconds. While it's not as thin or light as the MacBook Air or Samsung Series 9, the 3.3 pound, .79-inch thick Series 5 is an affordable Web-powered laptop for under $500.

Google will be pushing its Chromebooks into the enterprise and education spaces, with competitive monthly subscription-based pricing at $28 and $20 per user, respectively. It's a new model for laptops that has more in common with subsidized cellphones and their data connections than traditional low-cost laptop sales.

Early reviewers from Engadget, Gizmodo, Wired, This Is My Next, Beta News, PC Mag, and PC World got a quick-hands on with the Series 5, so check out their first impressions below.

Read on to hear what critics have to say about Google's newly announced Music Beta service. 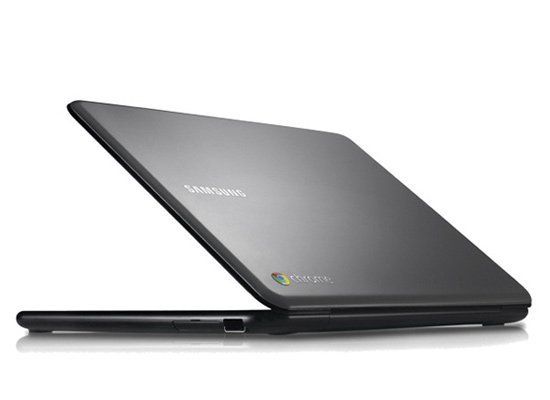 1 / 7
Darren Murph, Engadget
<a href="http://www.engadget.com/2011/05/11/samsung-series-5-chrome-os-laptop-hands-on-at-google-i-o" target="_blank">Murph calls the Series 5</a> a "strikingly svelte machine" that "outclasses" other sub-$500 netbooks currently on the market. The full keyboard didn't feel cramped at all, he says, and performance wasn't a problem. Murph writes, "In use, the machine felt decidedly zippy, and it managed to handle three simultaneous windows filled with around ten panes apiece without any noticeable lag."