It's morning: you head to your laptop to Google something you’ve been mulling over since before you went to bed. You've been bitten, there's a bump, and you don't know from what. The internet might, right? Instead of barrelling down a path known well to even the mildest paranoiac -- yes, I have bed bugs, yes I probably have cancer too, yes, that headache yesterday means it’s definitively brain cancer -- you’re distracted.

In place of the word "Google" on the search page, there’s a grouping of lines and circles in the shape of it. They also mimic the strings and holes of an electric guitar. You slide your mouse across. Sound. You’re creating it! All thoughts of bed bugs vanish as you type “Google guitar” into the search bar. In no time, you're reading about the legendary guitar tinkerer Les Paul, just like Google wanted.

Such a morning -- rerouted from ruin into pleasure, discovery, and a bit of stealth marketing for Google -- is the raison d’etre for Ryan Germick, head of the Google Doodlers. A graduate of Parson’s School of Design, Germick is the first illustrator to have been hired full-time by Google, in 2006. Since then he's kept a low public profile, a Doodler reflex. "If there's no press about us, that's a success metric," Germick told the Huffington Post. "That means people are seeing [a Doodle] and enjoying it as a gift from Google."

We asked him to break that informal silence today to celebrate the fourteenth anniversary of the very first Doodle: a stick figure Larry Page and Sergey Brin swiped from the iconography of the Burning Man festival and inserted behind Google's second "o" to show that they were at the festival instead of working.

Doodles have since evolved into games, oil paintings, riddles, and silent films (starring Doodlers). A searchable online bank holds all of them, numbering 1000 plus, and a handful of illustrators work full-time with Google's engineers to churn more out daily. The exercise sits in a Venn overlap of art, tech and, of course, canny marketing: as forecasted by the Burning Man experiment, Doodles often double up on nerd-chic brands. Google with Lego, Pac-Man, and the Dilbert comic franchise feels as natural as Google with Gustav Klimt.

To find out more about how this ultra-modern sausage gets made, we spoke with Germick and Doodle engineer Kris Hom. We also polled the Doodle team for their favorite Doodles, which you can scroll down to see in the slideshow below the interview. Read on for where the artists hole up in Google HQ, which country requested the Pac-Man Doodle, and why the best measure of success is something called the "mom factor."

Ryan: There’s a small team of myself and four or five other artists. We all sit in the same 20 by 15 foot area in a corner of the Mountain View headquarters, between the hair cutting place and the volleyball court. Kris has a couple of full time engineers, and the rest of the crew is on a volunteer basis inside the company. We’re always roping people in. Months later, of course, they can't remember what their families look like.

Where do you get the ideas for Doodles from?

Ryan: Hundreds are suggested from Google offices around the world. It’s a big effort. We work regularly to represent their particular region -- someone from Serbia or China or wherever might say, “This is a great thing to celebrate.” The idea for the Pac-Man Doodle came from Japan.

Ideas also come from the team. The Charlie Chaplin Doodle was born out of a passion I have with that era of filmmaking, and with Charlie. I was first shopping it around in 2008 as an illustration, and people weren’t as excited. When we started to break into these other web technologies, we realized we could do a movie. We could show, not tell.

The Freddie Mercury Doodle too, was a passion of [Doodle artist] Jennifer Hom, who loves Queen. She was so jazzed about doing a doodle, she ended up making a fully animated video. It’s Freddie Mercury riding a lightning bolt. That’s a real work of passion.

Are there any artists you look to for doodling inspiration?

Ryan: I love Chris Ware. He’s a cartoonist from Chicago. And Dan Clowes, the graphic novelist who wrote “Ghost World.” That’s my main touchpoint to the world of visual arts -- mostly through graphic novels and cartoons and comics.

Kris: Mr. Doob. He puts a lot of demos on Chrome Experiments. His browser experiments are interactive, fun, and very DIY.

How do you measure the success of a doodle?

Ryan: If I can make Kris laugh, or I can terrify Kris at how complicated it’ll be to build, I know it’s good. And we’ll see if people are posting about it on social media sites.

Kris: There’s also the mom factor. If my mom sends me an email about it, that’s a success metric for me. Parents are good indicators of if it hit mainstream.

How universal are the doodles? Does every Google homepage experience the same Doodle simultaneously or are they selected for region?

Ryan: There are three types of doodles. August 15 was India’s Independence Day, but it wouldn’t make a lot of sense to run that doodle in England, for instance. That’s a local Doodle. Then we have a regional doodle. Chinese New Year is celebrated in many places: China, Hong Kong, Taiwan, the US. A really amazing regional doodle we did was for Stanislav Lem, a Polish sci-fi writer. He’s big in Europe, so it ran mostly in Europe during the Thanksgiving season. Then there’s the global doodle, like Gustav Klimt, or the Olympics, or something we feel would resonate around the world. Usually we delegate the decision to the people on the ground in that country.

How quick is the turnaround?

Ryan: It’s hugely variant. We’ve done doodles in four hours, and we’ve done doodles in four months. For the Olympics doodle, we started thinking really earnestly a half a year before we launched it, doing prototypes for games, hooking up social buttons. But things can change. During the Olympics, the Mars Rover landed. I woke up and saw these amazing videos, and we were all so excited about it that even though we had a Doodle live, I replaced the blimp in the background with the rover.

How often does the creator’s narrative seep into a Doodle that way?

Ryan: There are a lot of personal touches. One of the games we created was a basketball game, and the court was based on my elementary school gym in Indiana (which you can see in this YouTube video of a young Germick and his brothers singing “Fish Heads” on court). My memories of my team are in there.

Do you have any personal favorites? (Scroll down for a selection of the Doodle team’s individual picks):

Kris: For me, it’s the Particles Doodle. We had to represent the Google logo using these colored dots. I tried a bunch of different algorithms, and it looked ok. So I sent out an internal post, challenging people to come up with a better representation. Tons of people had different algorithms that were all perfect. They had to represent the logo in 67 dots, which is important, because the more dots you use, the more CPU it uses on Google’s servers. I loved the communal process of it, because it gave a spot for engineers who may never get code on the front page.

CLICK through the slideshow for a selection of the Google Doodlers' favorite doodles:

On Google Doodles' 14th Anniversary, A Look At How They're Made (SLIDESHOW)
Google Doodlers Pick Their Favorite Doodles 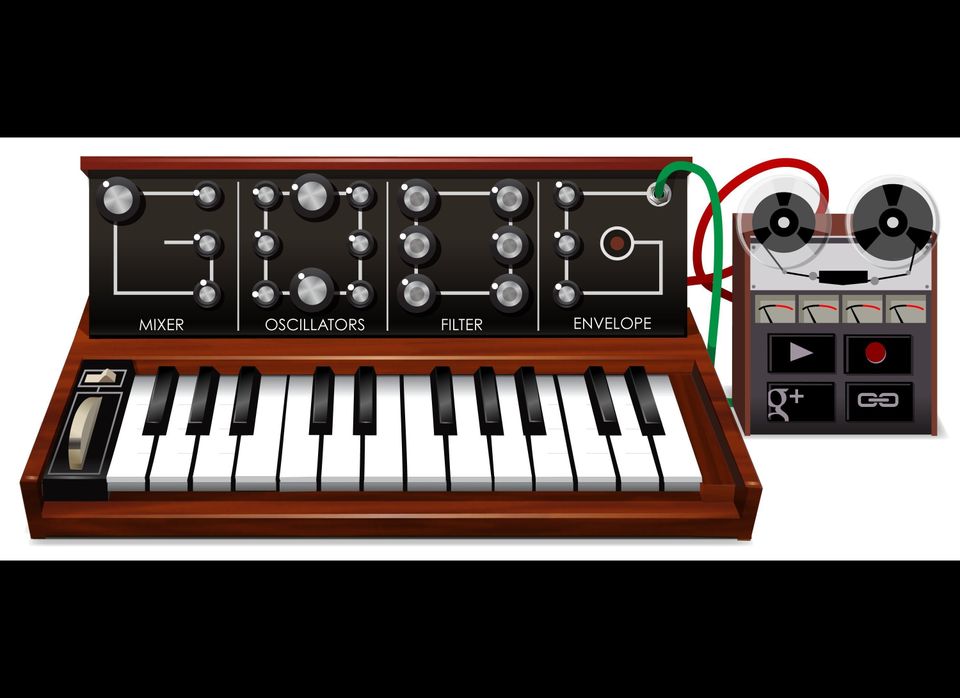 1 / 9
Ryan Germick, Doodle Team Lead
Favorite Doodle: <a href="http://www.google.com/doodles/robert-moogs-78th-birthday" target="_hplink">Moog synthesizer</a> (interactive) Occasion: Robert Moog's 78th birthday "We've been playing with the Google Doodles for years, so it's seems fitting to let users play too. It was really fun geeking out with engineers to celebrate a patron saint of the nerdy arts."
Courtesy of Google