Get ready to be jealous.

Google announced on Tuesday that it's rolling out its superfast WiFi, Google Fiber, to four more metro areas: Atlanta; Raleigh-Durham, North Carolina; Charlotte, North Carolina; and Nashville, Tennessee. Google Fiber, which is up to 100 times faster than the average broadband in the U.S., is currently available in Austin, Texas; Provo, Utah; and the Kansas City metro area.

Here's a map from Google: 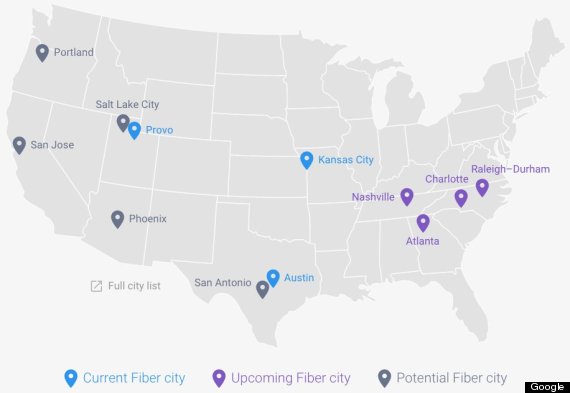 Just how fast is Fiber? Really fast. It's up to 50 times faster than 20 Mbps broadband, as you can see below:

Fiber is up to 200 times faster than 5 Mbps broadband. Here's a demonstration of that: