There may be a lot of hype surrounding Google Glass' capabilities, but one doctor credits the wearable technology for doing something miraculous: saving a patient's life.

Dr. Stephen Horng of Massachusetts' Beth Israel Deaconess Medical Center has used Google Glass in the hospital since late last year, but it wasn't until January that the device provided crucial support in an emergency situation. When faced with a man with a severe brain bleed, Horng and his team accessed his situation and determined that the priority was to curb the bleeding.

"The main priority in these types of cases is to really lower their blood pressure," Horng told The Huffington Post.

But, there was an issue: The man knew he was allergic to certain blood pressure medications, but could not recall the exact names. He had also taken a blood thinner which further complicated the situation.

Since giving the patient the wrong drug or inaccurate dosage could do more harm than good, Horng needed to know the man's specific allergies. Yet stepping out of the room to check his file or do some research, could have put the man's life in danger.

So Horng turned to Google Glass and quickly asked the device, which can access any patient files, to pull up the man's medical records. Horng had his answer almost instantly and was able to administer the right medications to slow the bleeding and save the man's life, he recalled to HuffPost.

Launched last year, the use of Google Glass at Beth Israel is part of a pilot program at hospitals across the nation. Practitioners at participating medical centers can use Glass to assist with bedside discussions, and can easily access patient files -- all while keeping any query within the hospital's firewall in order to maintain patient privacy. 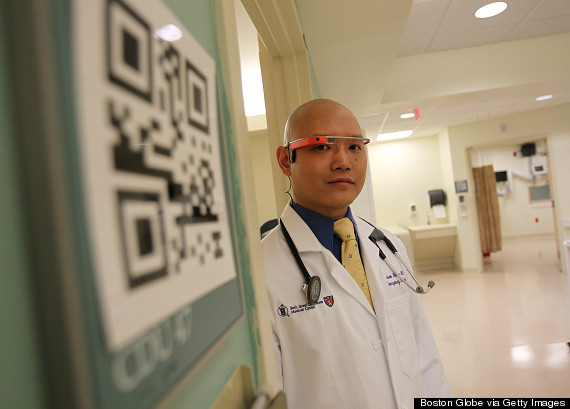 Dr. Steven Horng, at Beth Israel Deaconess Hospital, poses for a portrait wearing Google Glass by the QR code that he and other doctors will use to read patient records. (Photo by Suzanne Kreiter/The Boston Globe via Getty Images)

While Horng admits that the January brain bleed was the only case he's worked on in which Glass has made a life-saving difference, he said that the wearable tech has provided assistance on a regular basis. For example, when Horng is speaking with a patient, he doesn't need to leave the room to conduct some research or consult an out-of-reach file. Instead, he can simply include Glass in the discussion.

"It's instantaneous," Horng told HuffPost. "We can continue the conversation."

For the future, Horng foresees the device reacting even faster.

"The next phase we're looking at is having real-time support at bedside," he explained, adding that the service could be especially useful in cases of rarer diseases that he does not often treat. "Instead of having to ask Glass, Glass should already know and tell you."

See an example of how Google Glass could work in a hospital in the video below: 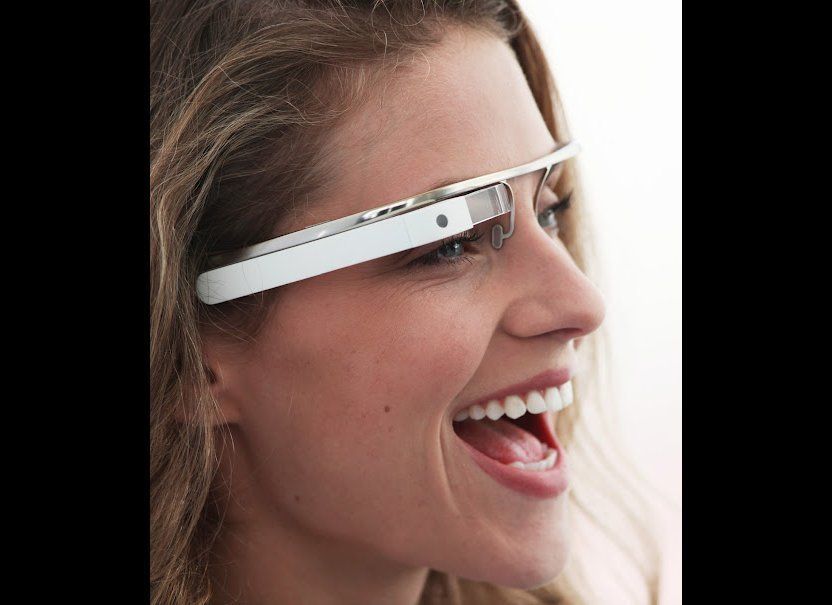