Google has released its second teaser video for Google Glass, the company's futuristic augmented reality specs that may be slated for release later this year. While the first video tracked a New Yorker's mundane errands through the city, the new clip is a dizzying, high-octane view of Glass's functionality -- as seen by skydivers, equestrians, catwalking fashion-mavens and ballerinas.

In tandem with the video's release, Google announced it's seeking to expand its initial Glass test group beyond tech-world early adopters to include "bold, creative individuals" (a phrase that could have been lifted directly from a list of SoHo House's membership criteria...)

The clip is intended to show "how it feels" to wear Google Glass, which appears in the wearer's field of view as a small suspended screen that can show images, messages, translations, mapping information and video chats with people who aren't present. Google demonstrates how users can use the glasses to share what they're doing by snapping photos, recording video or broadcasting a live video feed of what's in front of their face. People can also speak messages that the device can send.

But Glass also seems poised to make good on Google CEO and co-founder Larry Page's vision of a Google that makes users smarter. "Imagine your brain being augmented by Google," Page said in a 2004 interview. We no longer have to imagine it: Google has a video showing what that looks like in action. 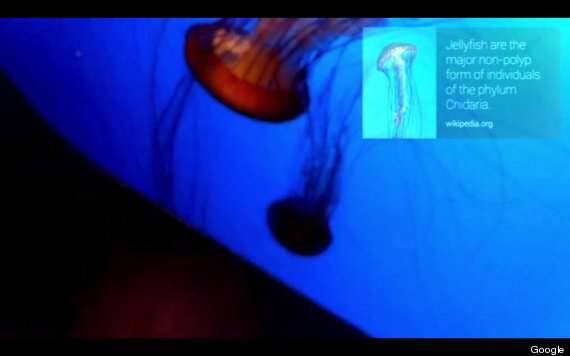 Though it remains to be seen how useful Glass will be for everyday use, Google demonstrates how Glass can instantly summon -- and supplement -- what you don't know. One character in the video uses Glass to translate a phrase into Thai. Another uses Glass to look up facts about a jellyfish, and another uses Glass to get directions while biking.

There's one thing Google doesn't showcase, however: what people look like wearing Google Glass. In both the video and the picture-heavy page highlighting Glass's capabilities, people wearing the device are conspicuously absent (aside from two very brief, very blurry and very not close-up glimpses of a skydiver and trapeze artist wearing the spectacles). The device may be practical, intuitive and even beautiful as an object, but getting people to actually wear Glass on their faces, day-to-day, requires shifting some fashion norms.

The glasses themselves might not be elegant just yet, but Glass' logo is. The lettering looks more Philippe Starck than Silicon Valley and seems to underscore the growing sense that Apple is losing its monopoly on slick design. 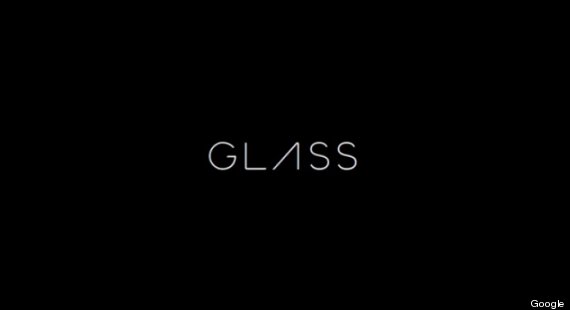 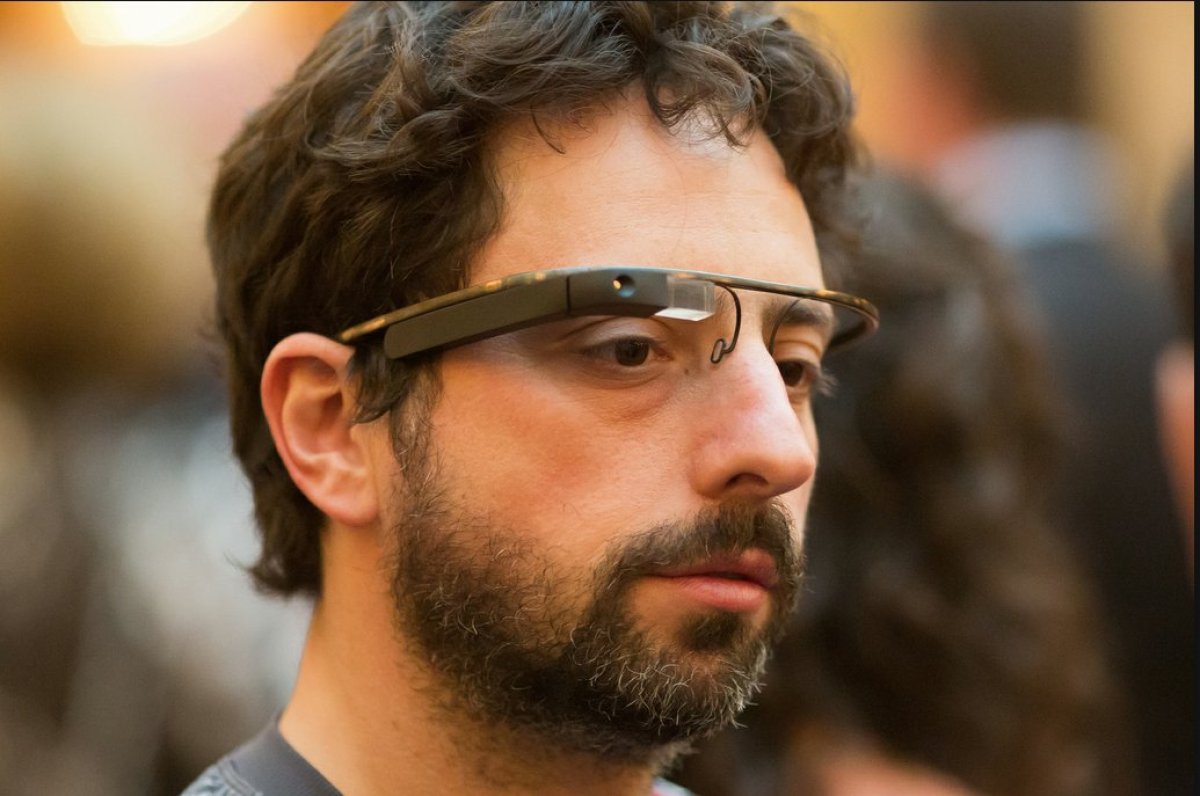