An unnamed source has revealed more details about Google's futuristic "Terminator" glasses to 9to5 Google.

According to the tipster, the glasses, which 9to5 first wrote about in December, will feature an augmented reality display that will give the an user a unique view of his or her surroundings, a view more advanced than one viewed through traditional glasses and more immersive than on a smartphone.

The glasses, which could look like Oakley Thumps (shown here), will reportedly be controlled by a user's head-tilts.

In November, The New York Times reported that Brin leads Google's super secret projects out of a mysterious Bay Area lab called Google X, The Times article stated the that futuristic projects being developed at Google X include, a space elevator, driverless cars, and of course lots of robots.

Prototypes of the driverless cars actually made their debut in 2010. According to a New York Times article from the time, the seven test cars, which had a passenger on board to take over if things went awry, drove a combined distance of 1,000 miles with zero human help. We're not talking about driving around a race track either, the cars drove on California's notoriously curvy Highway 1, and one even made it down San Francisco's Lombard Street which with eight hairpin turns is one of the crookedest streets in San Francisco.

Google is also taking on ambitious, and even science fiction-like technology as part of its recently-announced Solve for X forum dedicated to "moonshot thinking," which Google defines as "[e]fforts that take on global-scale problems, define radical solutions to those problems, and involve some form of breakthrough technology that could actually make them happen."

HuffPost Tech senior editor Bianca Bosker compared the invitation-only Solve for X gathering that happened over the weekend, to the annual TED conference. Like TED, Solve for X lectures will be shared on the web, at the movement's official site, We Solve for X.

Visit 9to5Google to read more about Google's secretive high-tech glasses project. Then, take a look at the slideshow (below) to view Google's most experimental projects. 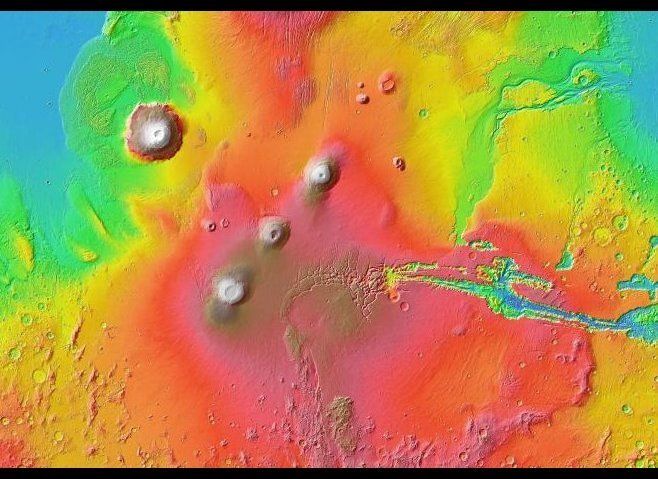 1 / 10
Google Mars (2006)
Google worked with NASA researchers to create a detailed, digital map of the planet Mars. <a href="http://www.google.com/mars/" target="_hplink">Google Mars</a> works similarly to Google Earth -- except you're navigating around a far-off planet. Users can explore regions, mountains, plains, canyons, craters and other elements.