As Google CEO Eric Schmidt reminded audiences at Tuesday's TechCrunch Disrupt conference, the search engine's new feature, Google Instant, will shave seconds off your search. "We want to give you your time back," he said.

But Google Instant, which suggests query terms and search results as you type them, also wants to be sure you won't be shown any "pornography, violence, [or] hate speech," according to a Google spokesperson. Google's Johanna Wright told CNN that the restrictions are intended to safeguard children.

In order to shield users from such content, Google has "blacklisted" numerous terms, often very inconsistently: type in "lesbian" (one word blocked by Google Instant), and Instant shuts off, presenting no suggested search terms or results. On the other hand, if you type in "gay," you'll be offered a dropdown menu with a handful of possible terms. "Cocaine" is blocked, but "marijuana" and "heroin" are not. The site 2600.com has compiled a thorough, ever-expanding list of Google's "blacklist words." You can, of course, still search for the blacklisted terms, but you'll only be shown the results by clicking enter, and not via Google Instant.

"When results fail to appear after you've typed "lesbian" or "butt," it's not because the results are being censored," CNN explains. "Google is struggling to prevent the text of offensive searches users have made in the past (there have been other controversies on this subject before) from jumping up in front of you when you're looking for something innocuous."

In the slideshow below, we've selected some of the most surprising terms blocked by Google Instant, as well as those that have been inconsistently censored. Have you found others that seemed strange to be on Google's blacklist? Take a screenshot and send us the picture by clicking the "Add a slide" button. Find out more about Google Instant, as well as how to turn it off. 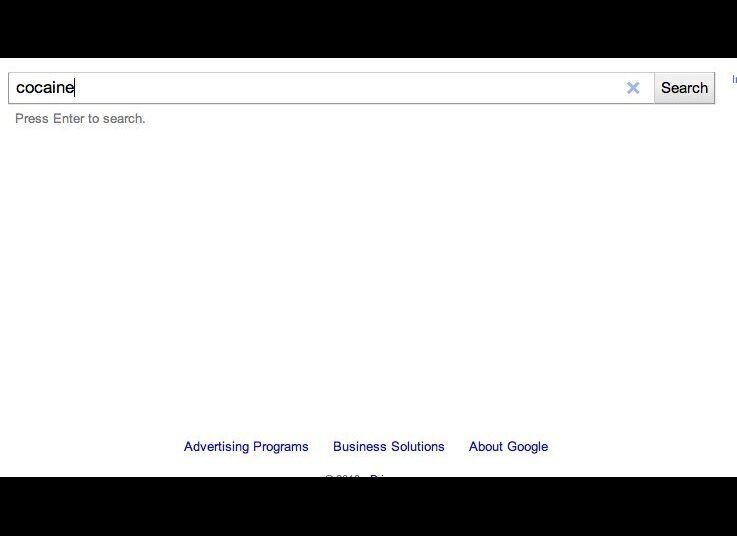