Today, Google's logo has been taken over by a colorful, bouncy assortment of balls.

Google frequently features creative "Doodles" on its homepage to celebrate the anniversary of an invention, landmark achievement, or notable figure (See past "Google Doodles" here). But the reason for today's interactive logo, made up of primary-colored dots that scatter and bounce based on the location of your mouse, is a bit of a mystery.

There has been speculation that today's Google logo celebrates Google's 12th birthday, although a Google spokesperson told Search Engine Land that the Google "Doodle" "is not related to Google's birthday but is fast, fun and interactive, just the way we think search should be." There is also buzz that the unusual design was intended to showcase JavaScript and HTML5 technologies.

Google's doodle today looks ahead to the next version of the computer code that delineates the web. The doodle actually consists of lots of pieces of a web page, each using a modern form of web coding called CSS3 - "Cascading Style Sheet" elements. Each circle is actually an element called a "div" - an element into which the page is divided - which contains an instruction in its associated piece of CSS3 to make it circular rather than square or rectangular. The code also contains instructions so that if the cursor is moved near to any of the "bubbles", they try to move away.

See the logo in action at Google.com or in the video below. You can also see the progression in the slideshow below. If you keep your mouse still, the dots will eventually settle into place to spell "G-O-O-G-L-E"; move your mouse, and the "balls" contained in the logo will scatter.

What do you think of today's "Google Doodle"? Weigh in below.
LOOK: 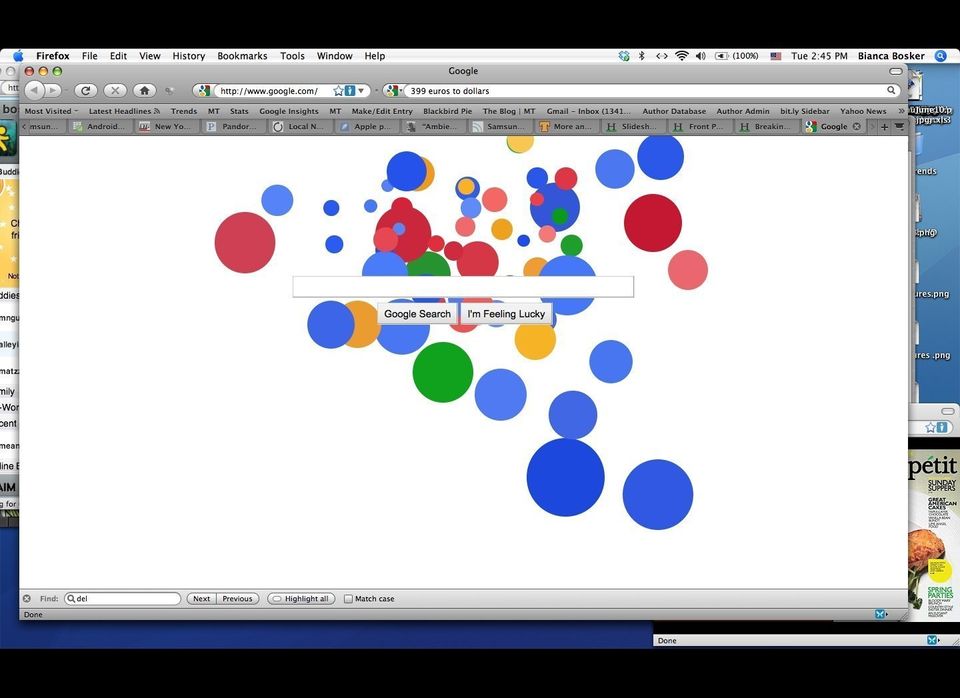