When Patrick Pittenger pulled up Google Street View earlier this summer to show his girlfriend where he worked, a familiar face jumped out at him. In front of one of the Los Angeles buildings sat a stray dog he knew quite well.

Pittenger had talked about the dog he called Sonya before. He'd told his girlfriend, Jennifer Velesquez, that he'd seen the stray laying in that spot a few times over the summer. On occasion, he'd bring her food and water. More than once, he'd been tempted to adopt her, but was unsure of how she'd react. He also had to consider own dog, who suffers an immune problem.

"I would go home and just feel awful there was nothing we could do," he told The Huffington Post.

But when he saw Sonya on Google Street View, he took it as a sign. He and Velasquez knew the poor dog would not fare well in the 100-degree August heat. And so, Velesquez reached out to Hope For Paws, a local animal rescue group known for doing incredible work in LA.

Eldad Hagar, the nonprofit's co-founder, answered the call. He told the couple that if they could find a foster family for Sonya, he'd gladly make the rescue. Pittenger knew just the person for the job -- his mom. Joan Pittenger was already fostering a dog called Jack and agreed to take in Sonya. 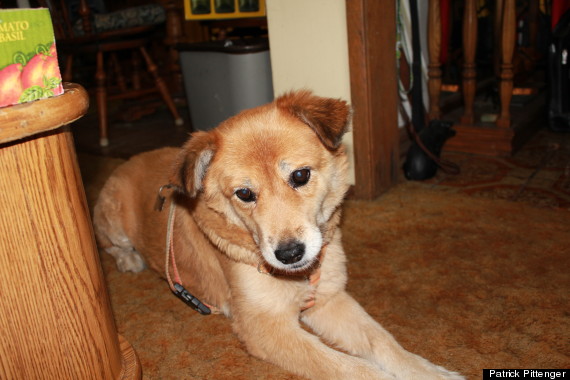 Two days later, Hagar and Hope For Paws made the rescue, all of which is captured in the video above. Once they earned Sonya's trust, they brought her to a groomer and a vet.

"It was amazing to see her that day. She looked so different without all the hair," Pittenger said. "I think we all got choked up and were so happy for her and us."

But Sonya's road to recovery was only just beginning. With her hair gone, vets could see tumors, ingrown, twisted dew claws, and broken teeth -- all requiring surgical intervention. She also suffered from arthritis and two bone spurs on her lower back. She now has regular acupuncture to help with that.

In the mean time, she's beginning to get along flawlessly with Pittenger's mom and her dog Jack -- so much so that she won't be leaving. 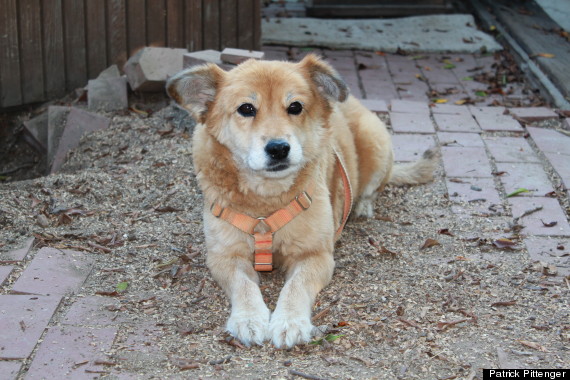 "Although it took us a month to let Eldad know, I think all three of us knew Sonya was in her forever home that first day," Pittenger said. "She's so attached. She sleeps in my mom's bedroom doorway now so she can't leave without her knowing."

Hope For Paws' rescue videos have gone viral before. Most recently, the nonprofit teamed up with Annie Hart and the Bill Foundation to save a sick, homeless dog named Bethany, who could barely walk when they found her.

Pittenger is passionate about the work both groups do.

"Even if you can't take the animal in there are always organizations that will help," he said. "Take a little time you may be their last chance at life. These poor pups didn't ask for this life and they are so grateful it's just amazing."