Just a few days ago, a couple of Google Maps images surfaced, showing what appeared to be reddish-pink UFOs in the skies above Texas and New Mexico.

With the help of photo-video analyst Marc Dantonio, The Huffington Post dismissed these pink alien wannabes as simple lens flares from the cameras that show images from across the country, helping folks locate specific addresses, towns and intersections.

And now, these flying saucer-shaped items are all over Google. Many HuffPost readers sent in street-view images of an apparent invasion of pink lens flares in the U.S.

While the main story image, above, may, at first glance, appear to be a pink flying saucer skimming along the atmosphere of Earth, here's what the full picture looks like, in all its rural glory: 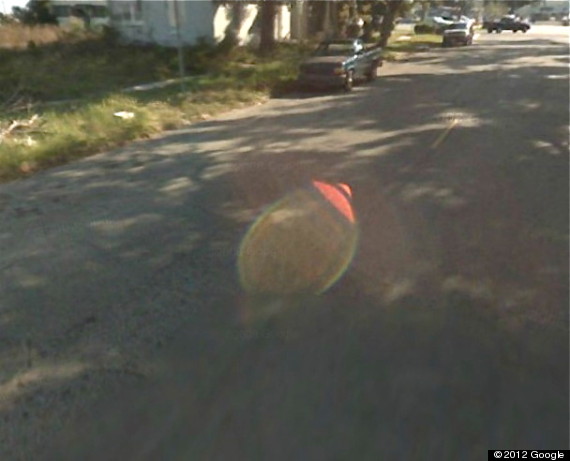 "Not only was the lens flare the same color, but it was actually more complete (as in more visible), as well," Dantonio told HuffPost in an email.

"In this image [of the lens flare near the ground], you can see even more brighter detail. Notably, you can also see that the sun itself in the image has a halo of reddish light around it as well. This is likely due to the overwhelming brightness causing scattering and lens effects."

Despite the clear explanation offered for the images, on Saturday, the website ringsidereport.com called this simple lens flare activity a "UFO Shocker" and turned to "UFO expert" Russell Tetrault, who declared:

"Without question, this is a legitimate craft. It is not a reflection or anything like that. That's nonsense. There have been multiple UFOs spotted using this very program and now here's another and perhaps the most compelling. This craft is something that I have never seen before ... so what does that mean? Does this mean that we have a different sort of visitor or a new manmade craft? Whatever it is, it is 100 percent there."

The following video, posted to YouTube by HoaxKillerFriend, gives an excellent visual analysis of what's going on with all of these lens flares -- NOT UFOs. 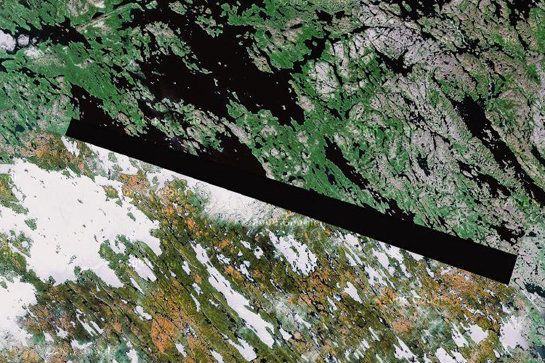 1 / 24
Baker Lake, NU, the Inuit nation in northern Canada
A man indentified as “Dr. Boylan” believes that the blacked out area seen above and those found in several other locations are blocking the locations of extraterrestrial beacons.