The service's online music store, which currently boasts 8 million tracks (with 5 million more on the way) will sell songs and albums directly through the Android Market.

Google Music includes several interesting twists on the traditional online music store, including a music discovery function that chooses songs you might like based on the tastes of your Google+ circles and also on an analysis of your music library.

Google also announced that the service is currently open to users in the U.S., who can upload up to 20,000 songs to the Google music storage locker for free.

Google Music is fully integrated with Google+, the web giant's social network. Users can share songs with friends on Google+. When you share content with your Google+ friends, those tracks will be posted to their Google+ streams, where they can listen to each of your song purchases once for free. This means you could listen to, say, a whole Drake album on Google+ before deciding whether or not to buy it--if a friend buys it first and shares it with you. Users can also share songs on Twitter, although it doesn't confer a free listen.

Google Music also offers a Myspace-like "Artist's Hub", where independent musicians can post and distribute their music directly to their fans.

How does Google Music stack up? Check out our infographic (below) to see where you should be scoring your songs. REad on to find out everything you need to know about the new Google Music. 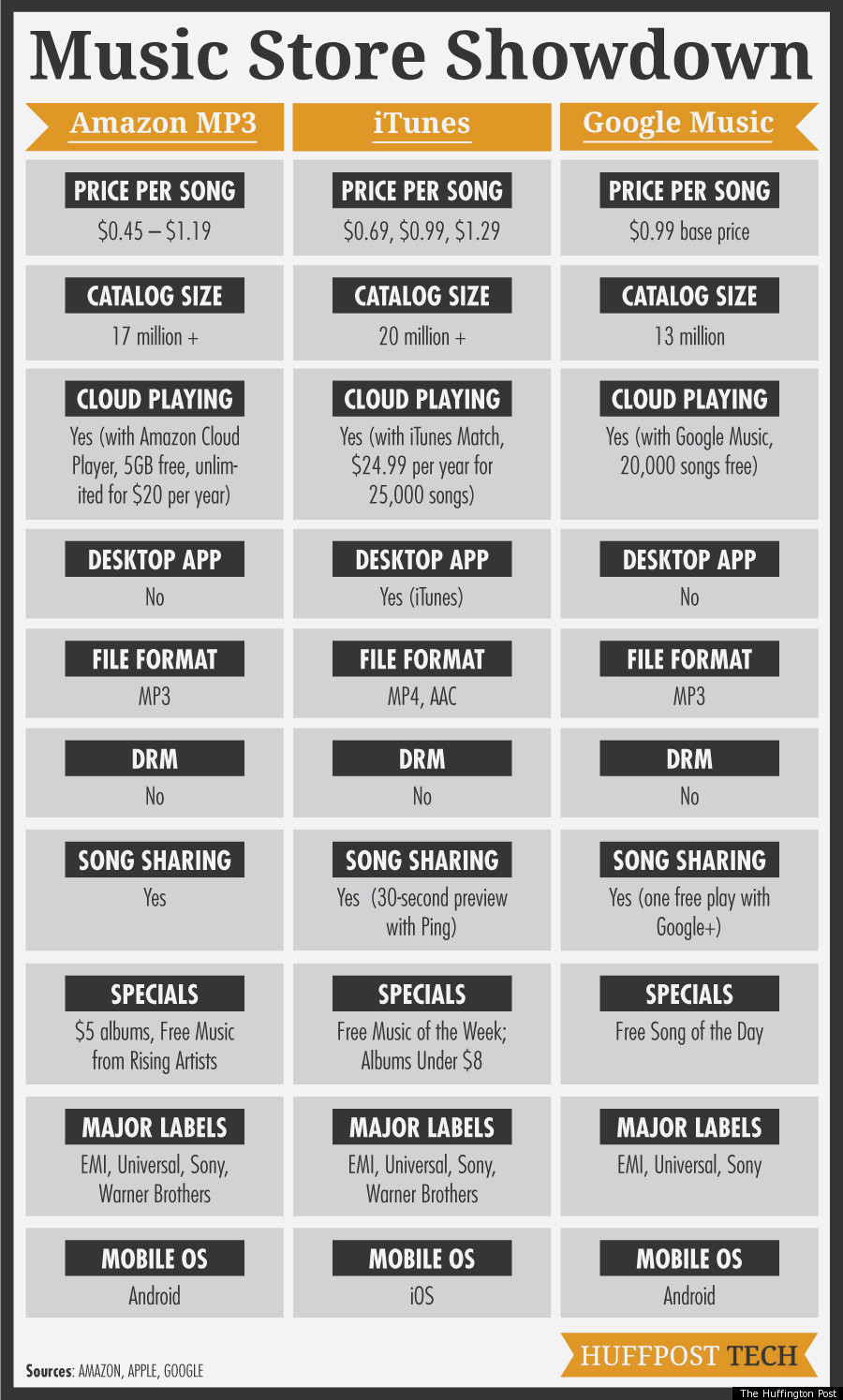 For an overview of the new Google Music, check out our slideshow (below). 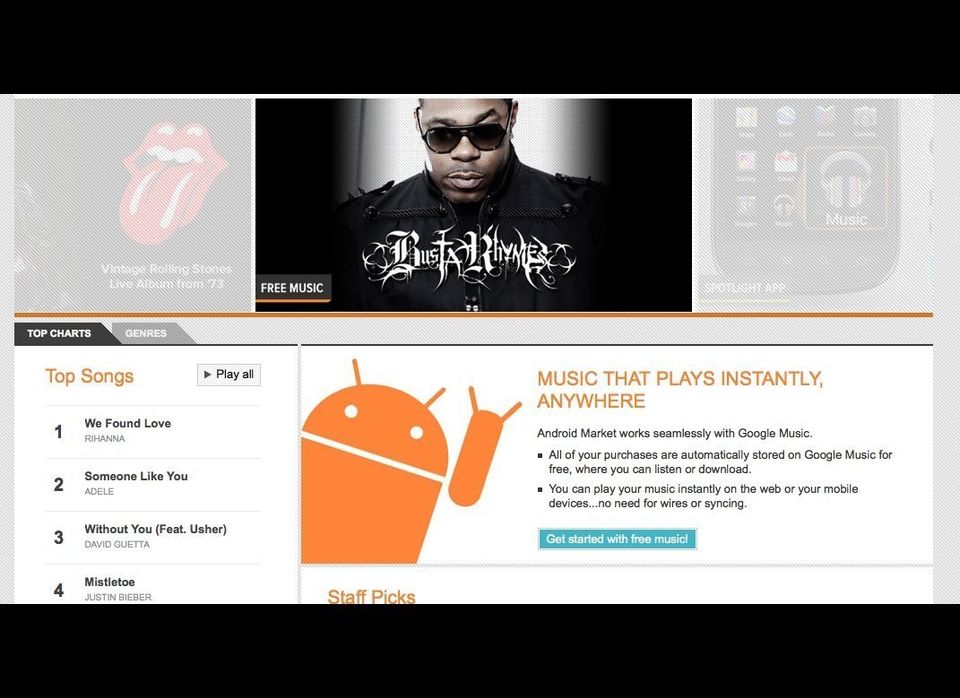 1 / 6
Online Store
The new music store will be built into the Android market and will serve as a hub where users can discover, buy, share and download music.