Earlier this month Google executive Eric Schmidt embarked on a journey to North Korea, one of the world's most secretive and Internet-restrictive countries.

While the U.S. State Department publicly criticized Schmidt's timing and intentions, human rights activists have seen the visit as a reminder of something significant. As Irish outlet RTE News reports, many believe that Google Earth is invaluable in revealing evidence of North Korea's system of prison and labor camps, which are said to number in the dozens.

Human rights groups estimate that as many as 250,000 political prisoners suffer through starvation and intense manual labor in these camps, with blogs like One Free Korea compiling everything we know about these locations. Managed by Washington lawyer and North Korea activist Joshua Stanton, the blog details six prison camps -- three of which Stanton uncovered. One of these camps is Camp 22, which can be seen on Google Maps below. 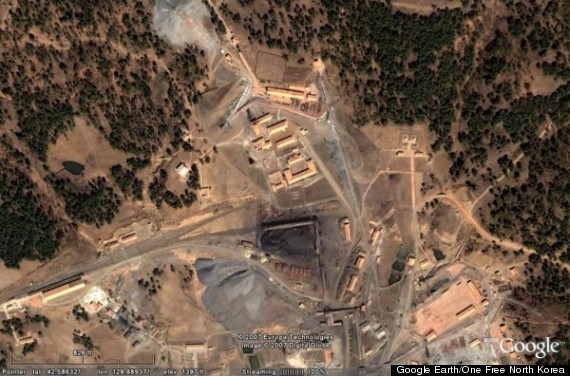 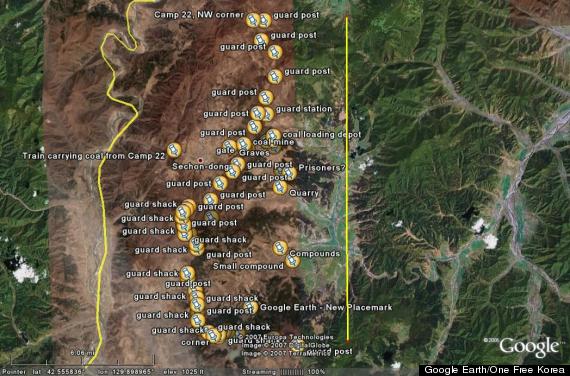 The satellite images provide an idea of what the camps look like from above, though the atrocities allegedly committed there are hard for the imagination to comprehend. The blog notes that upwards of 50,000 men, women and children are housed in Camp 22, a place where prisoners are forced to stone each other to death, women are frequently raped by prison guards and between 1,500 and 2,000 people -- many of them children -- die from malnutrition or starvation every year.

Many families are forced into these camps because they are "guilty by association", with some seeing three generations of their lineage live and die within the walls, most of them punished for a crime committed long ago.

Stanton has even found camps by accident, as he did in 2007 when he discovered Camp 16 while using Google Earth to snoop around North Korea. Stanton says that upwards of 10,000 men, women and children are imprisoned in Camp 16, which is a massive complex that measures 18 miles by 16 miles. 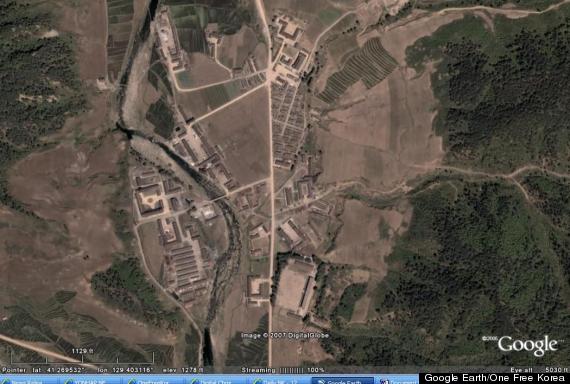 An image of Camp 16 from above

A U.S. non-governmental organization named the Committee for Human Rights in North Korea unveiled some of these camps in a 2003 book titled "The Hidden Gulag." An updated version of "The Hidden Gulag" was released in 2012, with one section acknowledging the importance of Google Earth in bringing more of the network of North Korean labor camps to light. "The dramatically improved, higher resolution satellite imagery now available through Google Earth allows the former prisoners to identify their former barracks and houses, their former execution grounds, and other landmarks in the camps," the study notes.

Google Earth has also allowed activists and users to see the more "ordinary" side of life in the country. At the blog NK Econ Watch, economist Curtis Melvin details not only the prison camps in North Korea, but facilities of every day life such as schools, factories or train stations as seen on Google Earth. On Sunday, Melvin wrote about a mosque within the country's capital city of Pyongyang. 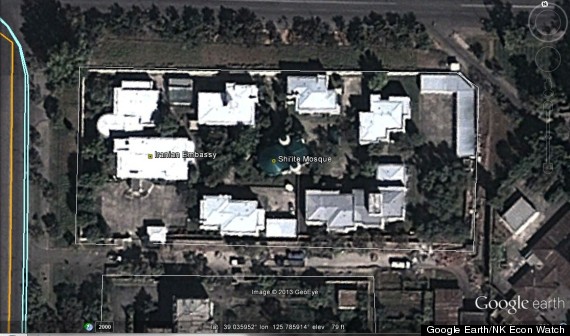 A mosque in the North Korean capital

Writing about Google Earth after Schmidt's trip, Timothy Stanley, a U.S. historian and blogger at Telegraph, argues that "the project demonstrates how hard it’s becoming for governments to keep secrets from the rest of the world ... the more that North Korea accepts the need to open up then the more the light shines on this abominable regime."

CORRECTION: A previous version of this article stated that upwards of 250,000 prisoners were in the North Korean camps. This has been changed to "as many as."

How Internet Is Restricted Around The World