Google+ has rolled out a new feature that lists well-known Google+ users that you can add to your profile's personal circles. O'Reilly Media's Alexander Howard pointed to the new suggestion feature in a Friday night post on Google+.

This "Suggested Users List" takes cues from Twitter's "Who To Follow" feature. Users can browse celebrities, journalists, and more personalities featured on Google's general "Picks" list. Users can also sort through categories like Entertainment, Fun and Interesting, Photography and Art, Technology and others. Within these lists, you'll find celebrities like Paris Hilton and Ashton Kutcher, as well as entrepreneurs like Richard Branson and journalists such as MG Siegler.

The Huffington Post's Craig Kanalley has posted a list (with links) of all the Google+ profiles from the Suggested Users List.

"[This feature will] alienate people and lead to an inevitable followers war that can hurt the health of the social network and inflate people's egos," Kanalley wrote worriedly of the lists. "As the famous get more followers, the non-featured fall farther behind, and a giant gap is created between the two. This is what happened on Twitter. (In a perfect world, all interact together, around common interests, and there aren't such huge disparities.)"

However, Google+ VP of Product Bradley Horowitz responded to Kanalley's concerns and said that the feature will soon expand to include many more categories and kind of Google+ profiles. Horowitz, went on to explain how the lists will be maintained in the future:

In order to retain a position on the list, a user will need to continue creating compelling content. But we should probably allow for folks to take an occasional vacation without concern about their rank dropping [...] No one gets on the list "automatically." But again, in the early days, we do want to make it easy for users to connect with people they might find compelling. If they prove not to be, justice will be served, and all will be right in the world.

And, wrote Horowitz, personalized lists will be coming soon, too:

At first personalization will be "lite" - users in different regions and languages will get different recommendations. [...] [W]e intend to allow people to deeply personalize and connect with like-minded people that create great content around almost any topic they care about. Just as Google Search helps connect you to web pages about almost anything, Google+ should help connect you to people who deliver content you'll find interesting - on any subject. Stay tuned!

Take a look at a sample of suggested Google+ users from each category on the Suggested Users List (below). If you have a Google+ profile, you can get started with your own list (here). For more ideas on how to beef up your Google+ Circles, check out our lists of 35 Google+ profiles to follow and 19 executives to follow. Then, visit our slideshow of Google+ tips for newbies. 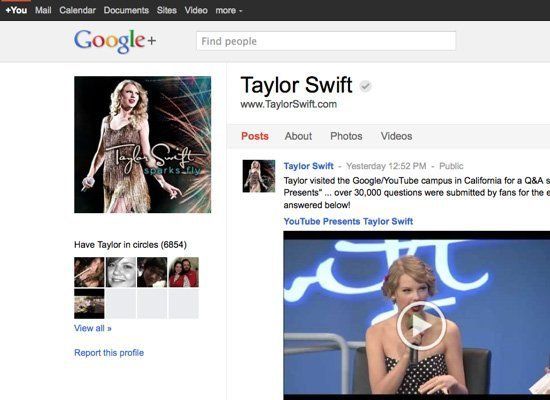