This means that websites with this type of material will no longer be able to advertise using AdWords, Google's massive advertising network that places ads in search results and on outside websites. Ads that don't contain explicit words themselves, but still link to explicit sites, will also not be allowed. However, advertisements for strip clubs, lap dances, "non-intimate massage services" and "sexual dating sites" will still be permitted.

For example, here's what happens when you search merely for "massage." Ads for massage parlors pop up everywhere. 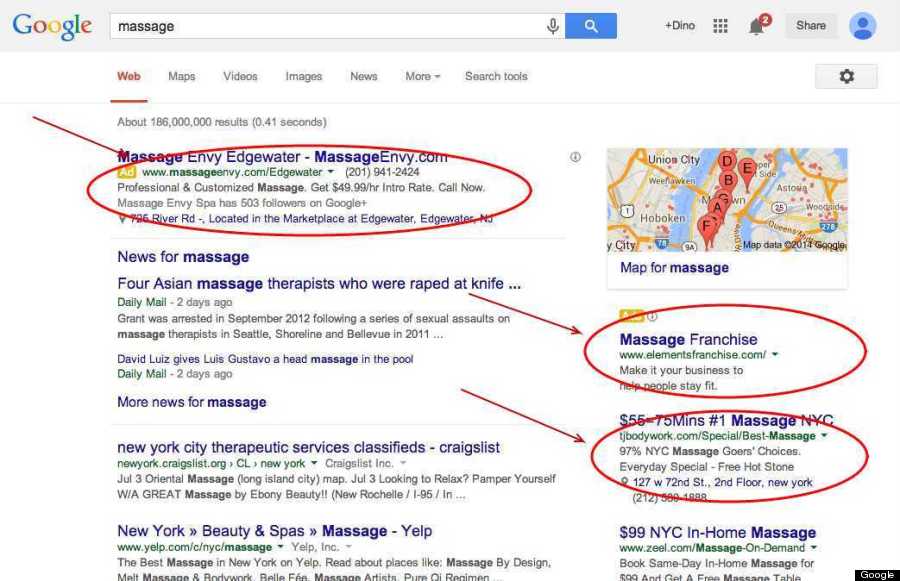 However, if you search for "sexy massage" now, no ads appear. 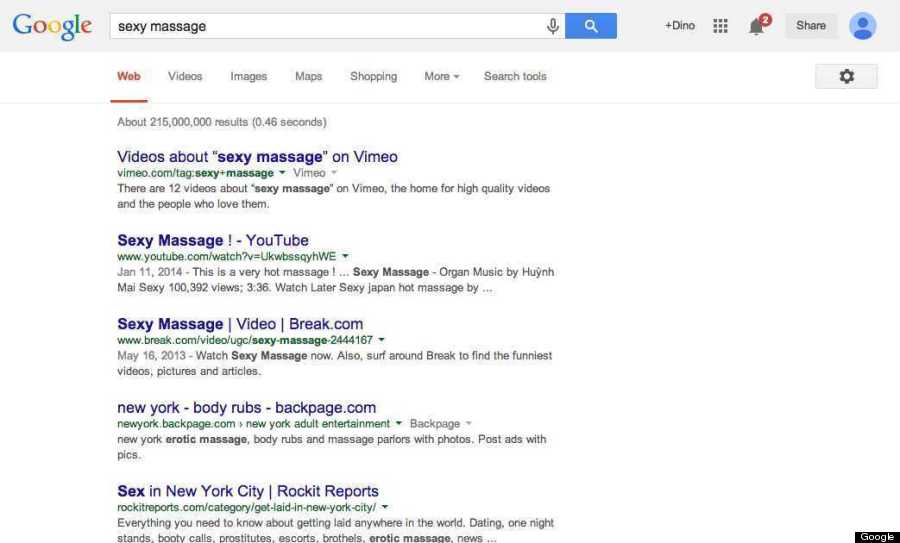 Google actually announced these changes back in March, saying that the new policy would go into effect by this week. As the blog Search Engine Land notes, Google reminded advertisers of the change a few weeks ago.

Still, some in the adult industry say they were caught off guard.

"I was caught by surprise," Theo Sapoutzis, chairman and CEO of AVN Media Network, which bills itself as "the world's largest consolidator of adult entertainment news," told CNBC. "I was one of the very first advertisers for AdWords back in 2002. It's something that's been [untouched] for 12 years, so you don't expect change is going to start happening."

The policy change follows moves Google has made to make it more difficult to find pornographic images. In 2012, Google changed its algorithm so that people looking for adult content would have to be more specific in their searches.

Alec Helmy, the founder and publisher of XBIZ, an adult industry trade publication, told The Huffington Post that the ban could prevent established adult entertainment companies that previously depended on Google from attracting new, paying customers who "haven't been heavily exposed" to adult content.

"They're the best type of traffic one could acquire because they haven't been exposed to adult entertainment and they could pull out their wallets," Helmy said.

"Google has basically -- overnight -- shut off access to the freshest type of traffic one can acquire," he said. "And that's sad."