Google Street View, a feature of Google Maps that provides 360-degree horizontal and 290-degree vertical panoramic views from just about any where in the world, has snapped its fair share of oddball scenes.

But beyond displaying embarrassing snafus--from public urination to a photobombing seagull--Google Street View sightings can also be more enigmatic and weird, capturing people, places and poses that don't quite add up.

Recently, for example, a prankster in Scotland dubbed Horse Boy (aka The Human Horse) became an internet sensation after he appeared street-side in an image found on Google Street View.

Google Street View is chock-full of strange sightings. From what looks almost like UFOs and alien landings, to feats that defy physics and appearances by characters that are at once hilarious and baffling--here are some of Google Street View's most enigmatic sightings from around the world. (Check out the craziest Street View pictures here) 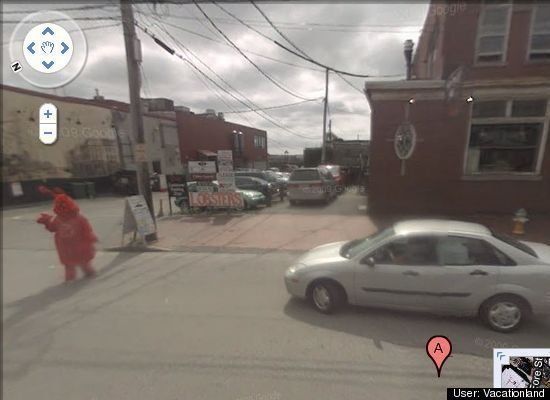