Just a few days before Logitech is to unveil its Google TV offerings, Google has posted a more detailed profile of Google TV, outlining features, content partners, and more.

Google TV, described by Google as a "platform that combines your current TV programming and the open web into a single, seamless entertainment experience," offers you the option of accessing "the entire Internet" on your television screen, from YouTube videos to Flickr photos, Flash games to Twitter. You'll even be able to "search your television": "Google TV lets you seamlessly search all of the content on your TV, the web, and apps - then access it with a single click. You can also easily switch between TV and the web without having to change inputs on your television," Google explains (Watch an intro to Google TV here).

Google announced content partnerships with NBC Universal, HBO, and Turner Broadcasting, among others, and said that Google TV will offer access to Amazon Video On Demand as well as Netflix.

Google TV will also support a host of apps from sites like Pandora, Napster, and Twitter (See video below).

The application has most of the features and functionality that you'd expect from Twitter. It makes it easy to look through Tweets, @mentions, and favorites. When you click on a Tweet, you can reply, retweet, favorite, or share it. You will also see additional options depending on the content of the Tweet.

Will it be a hit? Here's what some are saying:

CrunchGear: I think the real killer app will be video calling using devices like Logitech's Google TV box, the Revue. Although not mentioned on the site, it is clear that the Revue will work with Logtiech HD cameras like the C910. While we've been able to make Skype video calls on PCs, mobile phones, and laptops for years, imagine if you could do it from the comfort of your couch.

Business Insider: Google TV is going to be costly, probably hundreds of dollars, and most people probably won't want to pay it. [...] This looks like what Apple's new Apple TV should be more like, though this is a textbook case of how Apple and Google are different companies. [...] What we're seeing right now are mockups and the work of a marketing department. We haven't seen the software in use yet, and it might not be very good.

Blip.tv CEO Mike Hudack wrote in a blog post: Every once in a while a product comes along which promises to change the way people live their lives. Google TV is one such product. We've had a Google TV in our New York office for a few months now. It's good. Very good. The main reason why it's so good is that it, once and for all, demolishes the boundary between traditional broadcast and cable television and Internet video. People with a Google TV will no longer differentiate. It will be as easy to watch a blip show as it will be to watch a CBS show. This is fundamentally good for producers and this is fundamentally good for viewers. (Note: Google announced that it had been working with blip.tv to optimize its content for Google TV)

Google TV Features: Why It Could 'Change The Way People Live Their Lives' (VIDEO) 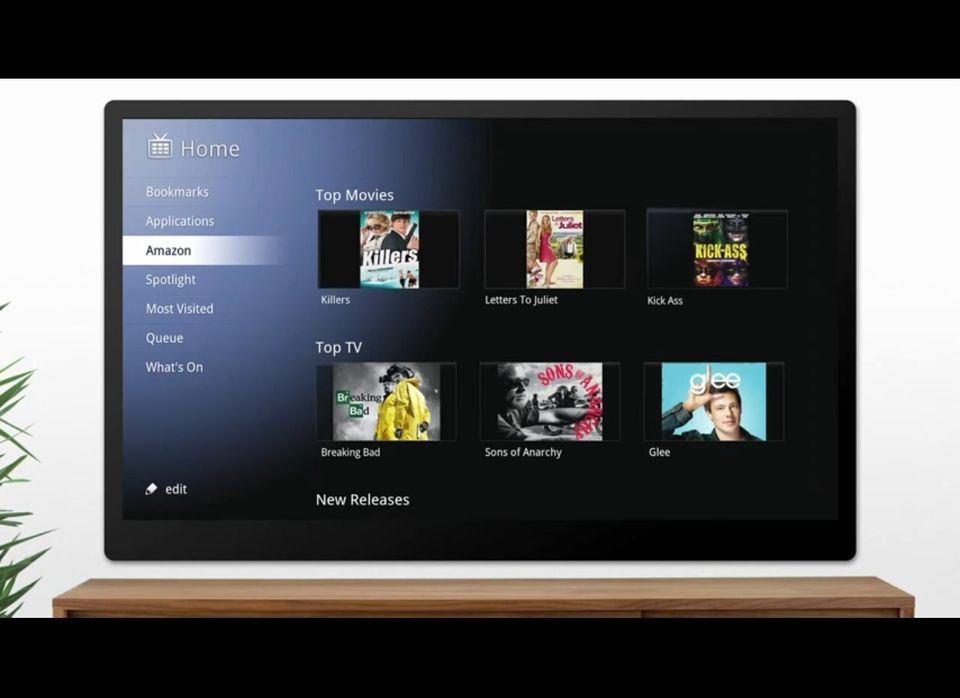