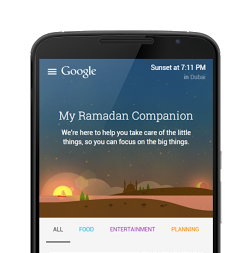 Earlier this month Google launched a "Ramadan Companion App." As a Muslim who works in marketing strategy and social media, who has consulted on a number of Muslim-focused marketing projects, this seemed to me like it could be an exciting development. As far as I know, Google has not previously reached out specifically to the global Muslim community.

I love apps and I'm always excited to see what's new and hot and cool. Plus Ramadan was starting.

Ramadan, if you're unaware, is a 30-day cycle of fasts from sunrise to sunset. It's a little daunting, and I could certainly use a little help and encouragement, especially in a year like this one, where the long days make these some of the longest fasts ever -- but more on that in a second.

Initial response to Google's app on Facebook was positive and there was a bunch of "attaboy'ing" on community posts saying, "Oh look, Google's finally paying attention to Muslims." Sad to say, this euphoria was short lived.

As far as apps go -- it's less than an app. It's merely a thrown-together version of a feed aggregator with very limited content and no useful Google or social integration. I know from my own strategy work that with a little effort it's possible to build good looking and useful apps that are actually useful. For example, you can design multi-channel social content aggregators that put, for example, YouTube videos in one column, tweets in another, blog posts and corporate content in a third, and other cool content in a fourth. 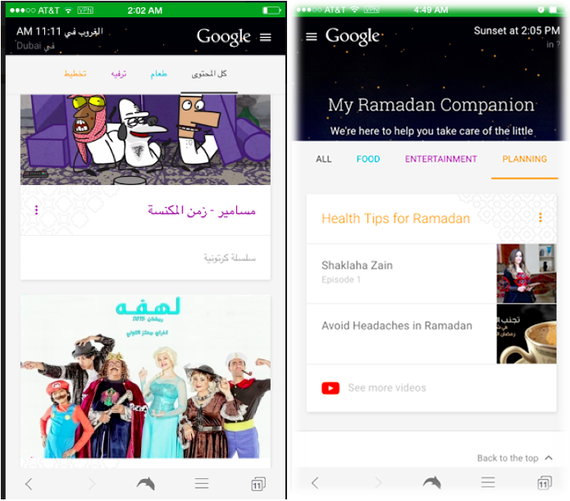 This "app," by contrast, at simply an aggregator with four categories: "all," food, entertainment, and planning. It's a mishmash of useless and uselessly amusing information, instead of providing links to related or helpful content. At launch it had very little content, and as of today,the bulk of the content is difficult to find useful or engaging.

I logged in here in New York, and had a buddy take a look in Dubai. The illustration shows the two homepage versions we found. Though it has categories for "planning" and "food," it didn't allow me to find when I could eat and when I couldn't, prayer places, or even relevant local places to eat. Mostly it seems to be a useless directory of content, pulled from YouTube.

To myself and a number of Muslim peers I've spoken with, this is not just useless, it's insulting. It feels like Google hired a cultural anthropologist to build an app that is an academic exercise in patting themselves on the back.

Let me explain why Ramadan matters so much. It's a month on the Islamic calendar based on lunar cycles (somewhat like the Jewish calendar). It's also the holiest month of the entire year. 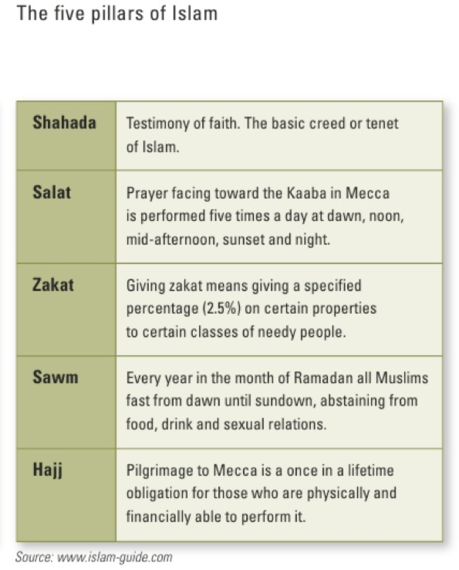 Why is it holy? Well, for starters, it's the month where the Quran was revealed to prophet Muhammed. It's the month when the prophet migrated from Mecca to Medina (Hijrah), which is when we started our lunar calendar. And it's the month where we get to fulfill two of the five pillars of the religion simultaneously. Those pillars are fasting and almsgiving (zakat). Call it a two-fer.

It's also one of the most complicated and problematic months for Muslims in terms of scheduling, planning and needing to know data. Why? Imagine this:

Two houses of worship in different neighborhoods are having evening potlucks that you're invited to. However, someone you want to see will be at one and your family will be at the other -- so you have to figure out where you want to go or whether you can drop by both. Then there's a 1-2 hour service following each dinner, which is optional but generally a good idea to attend. This kind of thing happens every day for 30 days when you also have to fast from sunrise to sunset. And while it's not compulsory to show up every day, it's generally a good idea. Plus it's the only way to catch up with your friends from that religious group you were in as a kid, and the and camp you went to.

Granted, I'm being a bit facetious. No place would have 30 potlucks in a row.

However, it helps illustrate why Ramadan is complicated for Muslims.

In predominantly Muslim regions, Ramadan is a time of reflection. Shops shut down and you give credence to God (Allah, G-D) for a month. But for many of us in the West it's an absolutely insane time when you're trying to honor the Muslim tradition and juggle even more social obligations than you do in a typical week. We're constantly scheduling, planning, trying to catch up with people we see once or twice a year, and rushing around to attend functions, all while fasting and trying as hard as we can to be pious.

Some well-arranged data could really make things simpler for us.

Instead, Google's app gives us complicated recipes here in the States (where most people don't cook or have a lot of time to cook). On the version my friend found in Dubai, the featured content is not even relevant. It's mostly kids' videos?! Oh yeah, we also get recommendations to download Google apps.

To get a better sense of the scope of Google's lost opportunity, consider that all Muslims -- regardless of primary sect (Sunni or Shia) or School of Thought (Islam is more complicated than some other religions) -- will during this time of year need the same basic data:
Google had an opportunity to catch the attention of an audience that, according to one study in 2007, spent $187 billion annually in the U.S. alone. The figure would be considerably higher now, and internationally would likely be in the trillions.

Next time, I'd advise Google to ask their audience before launching something that simply makes them look silly.