What Google's Restructuring Reveals about the Future of Marketing 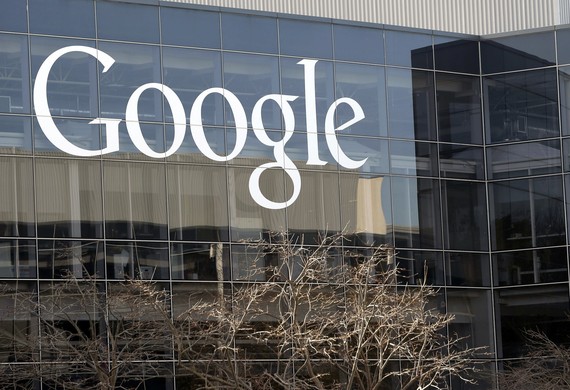 Recently, investors all over the world applauded Google's decision to restructure its enterprise through the holding company Alphabet, a number of operating companies with CEOs and segment-level financial reporting. Knowing where Google's revenues are really coming from and which innovation businesses are profitable is one key benefit of this transformation. But Google's paradigm shift actually cuts to a much deeper core: it ushers in the new era of big design.

For generations, researchers have studied the psychological traits of successful innovators: creativity, collaborative mindset, charisma, and can-do spirit. But there is another factor that is nicely reflected in the Alphabet context. Innovation success also depends on how we approach the market creation process. Every time we market a new product or service, we have a fundamental choice to make: Do we adjust our innovation to the requirements of the marketplace? Or do we adjust the marketplace to the requirements of our innovation? Are we in the business of serving or creating the customer? For more than ten years, I have studied the choices that successful market creators at Airbnb, Apple, Google, Netflix, Tesla, Uber and many other companies have made. It turns out that they have surprising consequences for how we think about innovation success in any industry.

That people dramatically differ in the ways they approach market creation is one central takeaway from studies that I have published in the Journal of Consumer Research and the Journal of Marketing along with other marketing scholars such as Ashlee Humphreys, Gokcen Coskuner-Balli, and Burcak Ertimur.

Based on this research, there are roughly three types of marketers: analysts, entrepreneurs, and activists. Whereas analysts use traditional marketing techniques and rigorous data science to tailor their innovation to the requirements of the marketplace, and entrepreneurs seek to create value by blending a customer orientation with cultural branding tactics, activists belong to the rare species of market creators who depart from the status quo and instead shape marketplace reality - how we think and act as consumers - to the requirements of their innovation. From this perspective, most companies today are what I call big differentiators - companies that are driven by the formula of "activism follows analytics."

Across a broad range of industries, however, some of today's most progressive innovators - and Google is one of them - have actually adopted a very different model: one where "analytics follows activism." First, they envision the marketplace their innovation requires to succeed. After that, they use data to galvanize the institutional and consumer-level forces that legitimize, and ultimately materialize, their desired vision. So these innovators dominate the top of the success ladder, not because they have tailored their offerings to the requirements of the marketplace but because they have found ways to adapt how we think and act as consumers to the requirements of their innovation. I call them the big designers.

Big designers don't approach market creation as a process of value communication but as a process of social engineering. In simple terms, instead of asking what addresses consumers' needs, they actually ask what it takes for people and things to come together to act as a market around our product. This entails organizing enterprises around a number of unique (and currently under-realized) marketplace visions such as enhancing human knowledge (Google), creating a better home (Nest), improving mobility (X Lab), fighting illness (Calico), etc. Then they collaborate with multiple institutional players ranging from governments and worker unions to scientific experts and consumer advocacy groups to redesign social and marketplace structure in ways that turn these visions into reality.

Last week, when I presented empirical evidence for a big design orientation in CEO interviews at the American Marketing Association (AMA) Summer Educators' Conference in Chicago, we discussed among us experts what this dramatic shift towards creating marketplace reality means for marketing's linchpin construct of market orientation - the idea that all business activity should be rooted in an in-depth understanding of the consumer's needs and wants. This certainly remains true. But market orientation works differently for companies in technology, fashion, or the cultural creative industries - companies that change the world around us. To return to an older truth, some companies are market-driven, others are market-driving. Some begin with an understanding of the consumer's world - from A to Z. Others actively change the meanings of each letter.