In Monopoly the game, you buy properties, pay fines, and try to stay out of jail. You win by charging people for trespassing and making your opponents go bankrupt. In that context, it's probably not the best teaching tool for children.

In monopoly, the real-life big business version, you use all your leverage to dominate markets, manipulate industries, avoid fines, and hire lawyers to keep you out of jail. In order to win, you rinse and repeat everything from the previous sentence. And most of the time you do win. 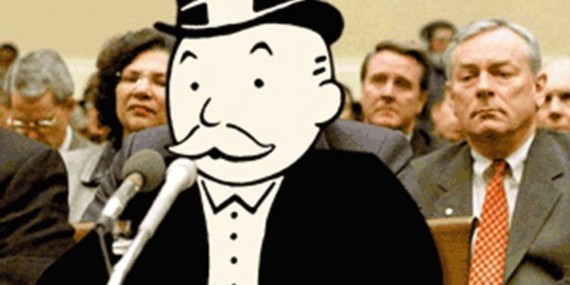 But sometimes you don't. Take the European Commission's 2009 ruling against Intel for $1.4 billion (counting interest) or the $120 million fine it levied against JP Morgan and other banks for taking part in cartels in the financial sector. Now there's Google. Google is an obvious monopoly but one the U.S. ignores. Last week the European Commission started preparing the groundwork to file charges against Google in its antitrust investigation. If Google loses this battle, then it will have to unbundle its search engine from all its other services or face significant fines.

As I pointed out in my HuffPost column last year, Google is to the 21st Century what Standard Oil was to the early 20th Century. The only difference is Google's sin takes place on a digital landscape that is harder to trace and regulate. Google Chairman Eric Schmidt knows as much. When asked by the U.S. Senate back in 2011 if Google was a monopoly, he replied "we're in that area." Of course he backtracked quickly with "I'm not a lawyer, but my understanding of monopoly findings is this is a judicial process." In other words, try and sue me.

It looks like Europe will. What does it mean if they do? After all what is the European Commission? Does it really have any teeth? To answer that, look no farther than Microsoft. In 2004, Microsoft, on the losing end of an antitrust ruling in Europe, acted as if the commission represented little more than an angry man shouting at kids to get off his lawn. Ten years and several billion dollars (not to mention countless legal fees) later, Microsoft changed its tune. In fact, Microsoft went one step further, acting like the victim, pointing the finger at Google and demanding it play fair too.

But what is fair? Consider that in the United States, close to 70 percent of searches come from Google. In Europe, it's an astounding 90 percent. Is that good business or big business? Well that depends on what you do with that monopoly. Google as a search engine has faced continuous scrutiny for manipulating search results. It has encountered countless fines for privacy violations and data mining. This also plays into search engine manipulation. The truth is you and me could Google the exact same thing and encounter completely different listings. 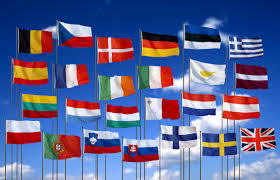 Don't think Google doesn't see the writing on the wall. Remember that just last year the European Union ruled that people in Europe could ask the search engine company to delete sensitive information from search results. And in a speech last year in Berlin, Schmidt claimed, "We created search for users, not websites." According to him, regulation would "deprive sites of valuable traffic and disadvantages their businesses." You're going to have to try a different route with Europe, Mr. Schmidt. Europeans take their privacy and monopolies very seriously as they do fair trade. Right now, the old continent feels that Google is failing on both fronts.

Now that Europe is about to shake Google's moneymaker, you can rest assured that Google will fight back with guns blazing. Good luck with that because Europe is a lot less sympathetic to your causes. And where there's smoke, in this case, Europe's regulatory actions, there will ultimately be a call within the U.S. for fire, which Google, in its best Smokey the Bear impersonation, will want to avoid at all costs.

This is a monumental action that the European Commission is taking and an important first step in giving people their rights and information back. I can only hope that it leads us to follow suit within our own borders. Way to go Europe!