Meet Goose, an adorable waterfowl who is clearly one lucky duck.

Goose's owner, Oliver Roberts, found the little guy trying to hatch out of his shell on February 11, in an animal park in Australia. Roberts, a worker at the park, heard chirping coming from bushes by a pond, and found the egg with a hole in it, he told The Huffington Post in an email. The mother duck had abandoned the struggling duckling and was with her other newly hatched babies in another part of the park.

Roberts watched to see if the mother duck would return for Goose, leaving the duckling still stuck inside his egg for the rest of the day. When the mother never returned, he went back for the egg, according to Viral Nova.

Roberts decided to help since he knew that ducklings often have a low survival rate at the park due to the pond's steep walls and local predators. It's a good thing he did, because Roberts says Goose is now the only surviving duckling from all those that hatched at the pond.

The lucky little guy looked a bit like a wet hairball with a beak in the beginning, but it didn't take long for baby Goose to fluff up and become absolutely adorable!

Check out the pictures below:

Check out the original Imgur album of Goose, here. 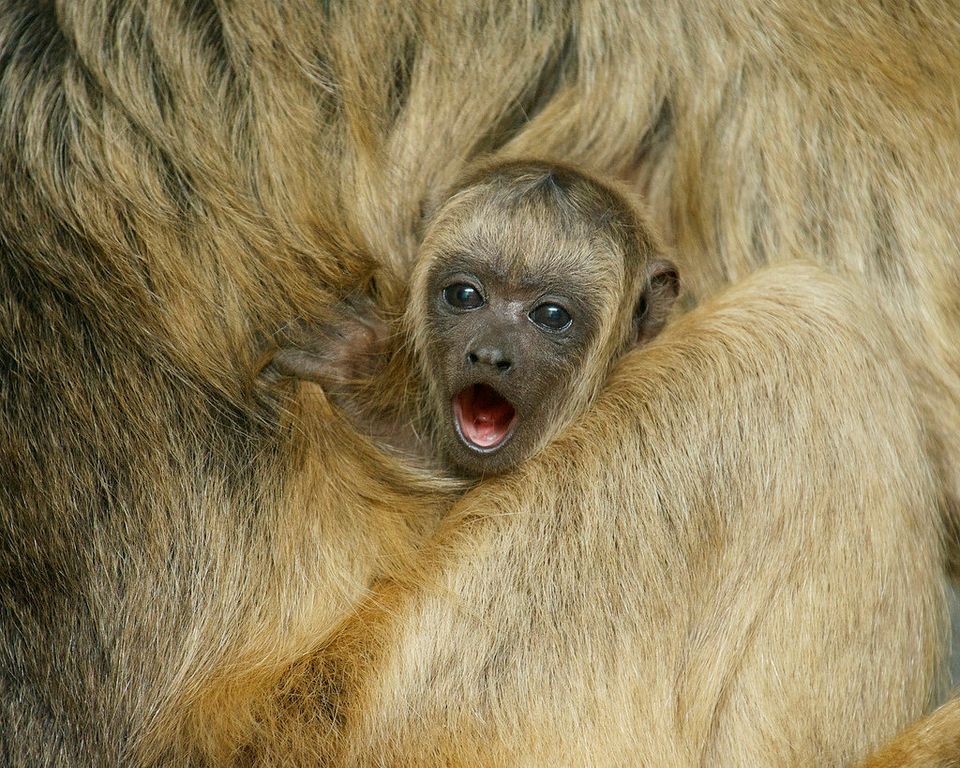 1 / 9
Howler monkey baby
Born on Dec. 15, our howler monkey baby is almost 5 months old and is already very inquisitive and curious about his surroundings. He’s also quite brave! Normally young howlers young cling tight to their mother’s chest and belly. But even from a young age, this baby has climbed aboard Chula’s back, seemingly without fear. Chula is an attentive and protective mother.
<a href="http://www.flickr.com/photos/nationalzoo/8715444668/" target="_blank">Flickr photo by Smithsonian's National Zoo used under a Creative Commons License</a>