The Republican Party of Wisconsin is sending out a somewhat peculiar attack-mailer targeting Barack Obama.

The literature accuses the Illinois Democrat of never having "led" like a president is required to do, citing a history of voting "present" and a failure to oppose his own party's leadership. Those are basically boilerplate accusations.

What is interesting is the back of the piece, which features a picture of a bird with its head in the sand -- meant, ostensibly, to represent Obama. Moreover, the prior page (which has upright birds in the backdrop) includes a quote from an article written by Ezra Klein -- of the liberal American Prospect -- that reads: "Obama is that oddest of all creatures: a leader who's never led."

That Klein piece was written way back in October 10, 2006 -- several months before Obama even announced his candidacy. And one would be hard pressed to find an article written by him since the launch of the campaign that praises John McCain as a more adept leader than the current Democratic nominee. Indeed, here is evidence of Klein's more recent commentary, which is noticeably harsher and more focused on McCain's credentials.

Reached over IM, Klein responded to his inclusion in the mailer by saying: "I'm Ezra Klein, and I do not approve this message." 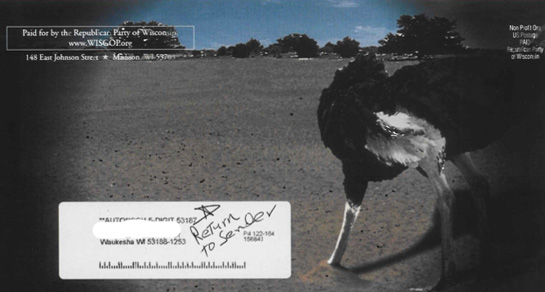 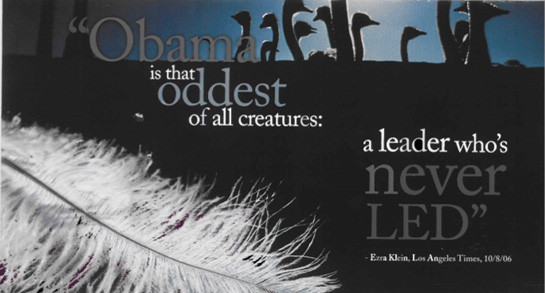 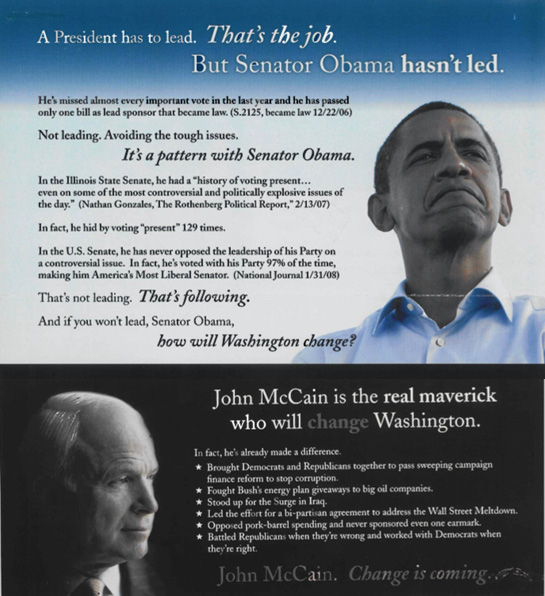