A congressional tour of the southern border turned gruesome earlier this month, when a trio of Republican lawmakers came across a dead body while on a patrol of the Rio Grande river.

Reps. Leonard Lance (R-N.J.), Kevin Yoder (R-Kan.) and Mike McCaul (R-Texas) spent a few days on the border in South Texas in early August, where they had hoped to get firsthand experience of the area ahead of the upcoming House debate on an immigration reform bill that has frequently revolved around security.

As the group rode the Rio Grande River, which separates Texas and Mexico, they spotted a body floating near the shore. The body was later determined to be that of a Honduran man who authorities believe was killed by drug violence in Mexico.

The congressmen later said the encounter was a morbid reminder that lawmakers needed to focus more intently on border security while considering immigration reform.

"What impressed me in a tragic, negative way was seeing a dead body in the Rio Grande River," Lance told The Randolph Reporter. "Authorities told us it was probably related to drug trafficking."

"My colleagues and I saw firsthand the tragedies of this border and the loss of life when we saw a body floating just a few minutes ago on this river," McCaul told the Associated Press. "And that is a sad fact of this border."

McCaul, who sponsored an expansive border security measure earlier this year, went on to tick off a list of reinforcements that he believed are needed to ensure that it is secured.

While reported illegal border crossings have increased on the southern tip of Texas over the past year, overall arrests of immigrants crossing the border illegally have been falling for several years. Victor Rodriguez, chief of police of nearby McAllen, Texas, told the Los Angeles Times that he believes politicians who insist on an enforcement-first approach to the border are doing so to avoid looking for real solutions.

"The picture people have painted, that the sky is falling down here, that is just not the truth," he said. "They say, 'Seal up the border and then we will talk everything else. ... It's as if I would tell you, 'I'll give you a million dollars when you get back from the moon.'" 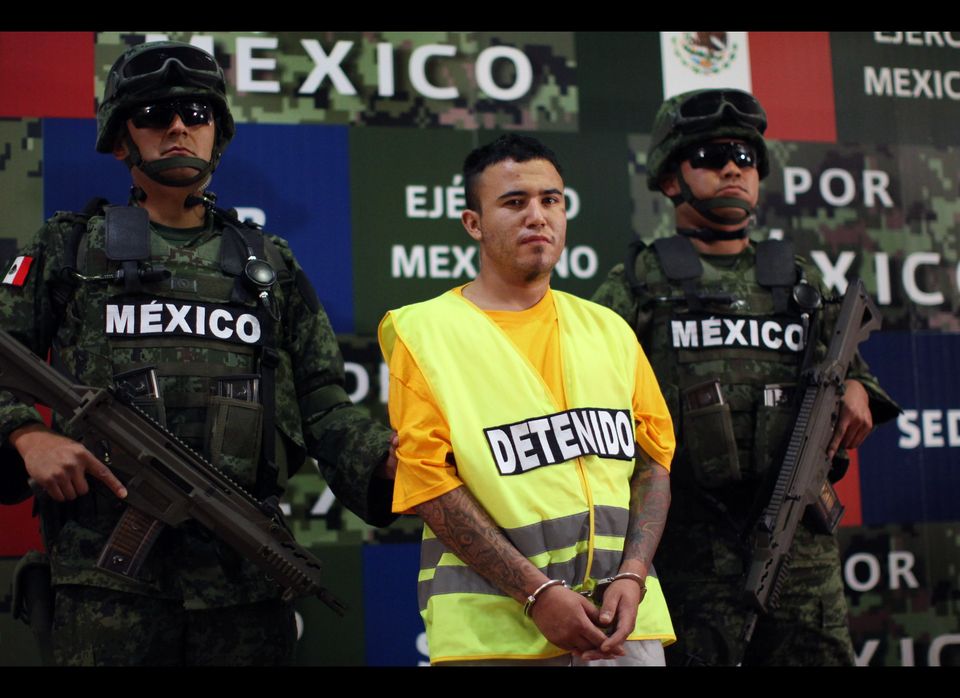