The Republican Party is blasting out a four-page pamphlet tying Barack Obama to Bill Ayers, who they say oversaw a "reign of terror" and is a "friend of Obama."

The literature, sent independently to the Huffington Post by readers in Nevada and North Carolina, is part of a continued effort to tie Obama to the former Weather Underground member even as Sen. John McCain says he is uninterested in an "old, washed-up terrorist." As reported yesterday, the McCain campaign and the Republican National Committee have launched a massive nationwide robocall campaign on the same topic.

The layout of the pamphlets (which were sent from the North Carolina Republican State Executive Committee and the Nevada Republican Party) has an almost eerie, children's book feel to it.

"This is the story of William Ayers," the cover reads. "Terrorist. Radical. Friend of Obama." Additionally, the pamphlet places the notorious Ayers quote -- "I don't regret setting bombs. I feel we didn't do enough" -- in between a picture of him and Obama, potentially misleading recipients as to who said it.

The Party also takes poetic license in interpreting Ayers' role in the Weather Underground movement, suggesting that he ran the organization and paralyzed the country in fear.

"During his reign of terror, Ayers and his organization bombed the United States Capitol, the Pentagon, a judge's house and policy stations."

It should be noted that three of the four pages contain pictures of both Obama and Ayers, and that two of those three have their photos side-by-side. 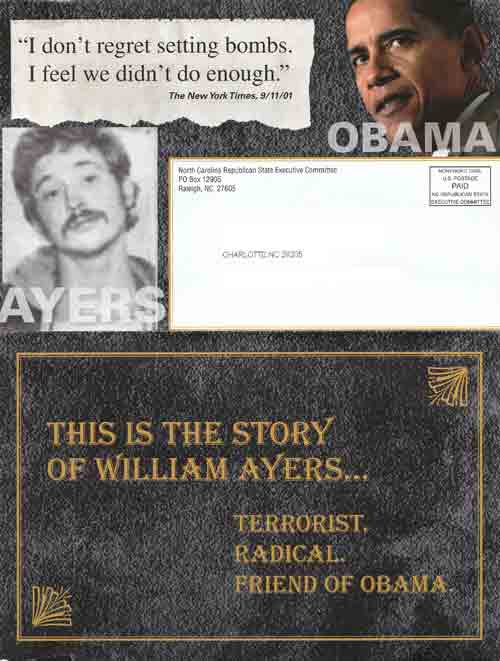 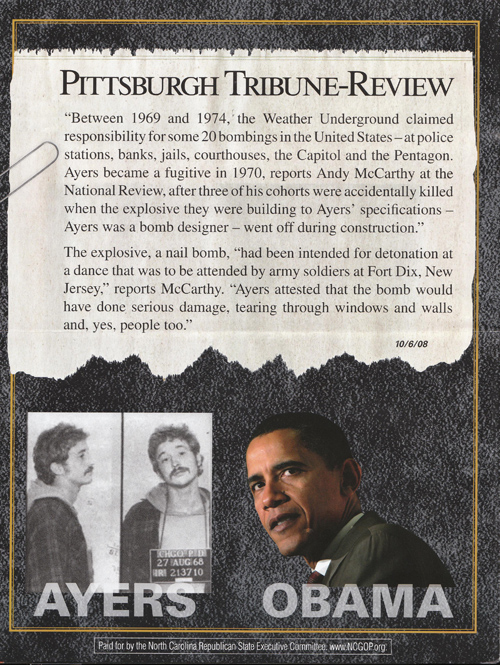 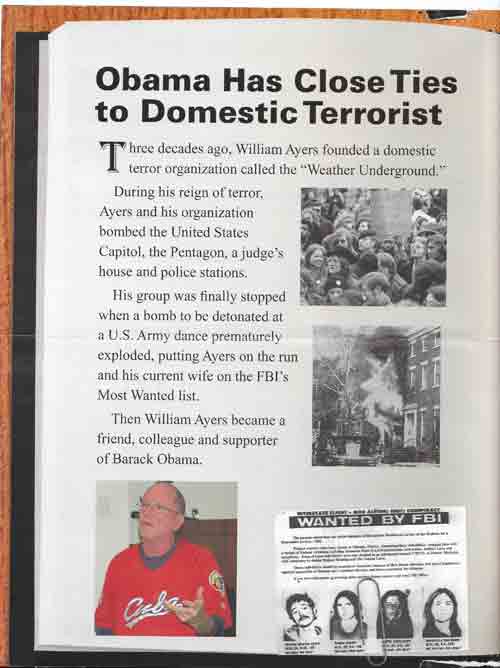 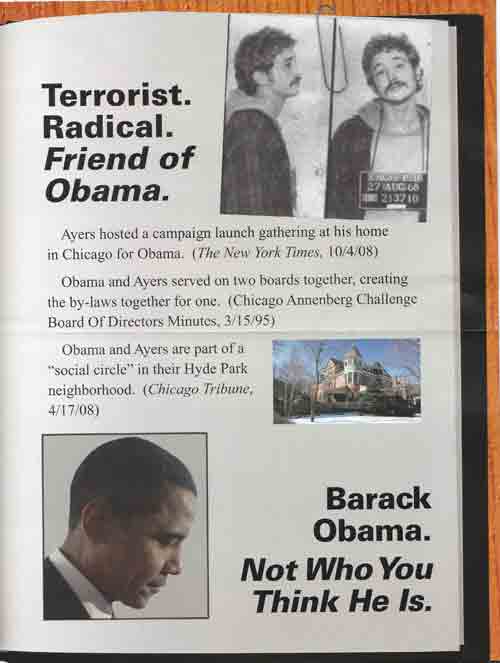