Breathtaking GoPro footage reveals what it’s like to spacewalk outside the International Space Station.

In February, NASA astronauts Barry “Butch” Wilmore and Terry Virts completed an EVA (extravehicular activity) outside the ISS to reconfigure the exterior of a satellite. The astronauts took along a GoPro camera, which allowed them to capture the out-of-this-world experience -- and some inspiring shots of the Earth below. 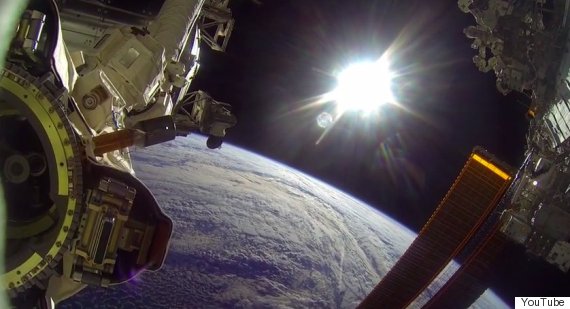 The video is mesmerizing. Watch the full, hour-long clip here: