That's what he told the Conservative Political Action Conference (CPAC) last week. The governor said that because he destroyed public sector labor rights in Wisconsin after 100,000 union supporters protested in Madison he could defeat ISIS as President of the United States.

That sums up all the GOP hate and vitriol against labor union members in recent years. It would appear that Republicans can't discern the difference between suicide bombers and working men and women who band together to collectively bargain for better wages and safer conditions. Republicans, it seems, can't see that a foreign extremist group that kidnaps 276 schoolgirls is not the same as an American labor organization seeking to improve the lives of families and communities. This GOP blindness explains the relentless campaign by GOP leaders to renege on contractual obligations to workers, squash labor rights and slash the pay and benefits of union members. 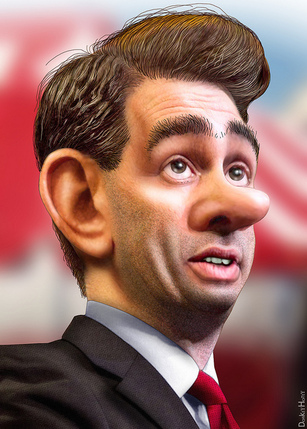 That Gov. Chris Christie believes New Jersey’s unionized teachers, snow plow drivers and child welfare caseworkers are evil explains how he could negotiate a plan to resolve a massive shortfall in funding for their pensions, brag about it as an accomplishment, then refuse the state funds he’d pledged to make it work. A Republican, Christie felt no obligation to keep his word to public servants who he perceives as the enemy.

When Christie took office in 2010, he inherited a $54 billion pension deficit. His fix required workers to contribute more into the fund and for the state to make increasingly large payments into it over time. State law institutionalized Christie’s plan. The workers fulfilled their commitment to pay more. And the governor hailed himself for creating a national model solution.

But then, just a few years later, Christie turned his back on both the plan and his promises.

In 2014, the state legislature proposed getting the funds necessary to make the pension payments by increasing taxes on incomes exceeding $1 million and instituting a corporate tax surcharge. Christie vetoed that and shortchanged the fund by $884 million. This year, he planned to cheat the fund by $1.6 billion. As a result, the pension shortfall now is estimated at $83 billion. That’s 50 percent more than the problem Christie boasted about solving five years ago. It’s a crater so massive that it has provoked Wall Street rating agencies to downgrade New Jersey’s credit rating a record eight times.

Now Christie is talking about forcing public servants to pay even more to fill the hole Christie dug.

And that makes sense, of course, if the New Jersey workers who record birth and death certificates and protect the elderly from fraud are terrorists.

Apparently, at least one New Jersey jurist doesn’t see it that way. Superior Court Judge Mary Jacobson ruled that Christie broke the law and ordered him to make the pension payments. Despite the fact that Judge Jacobson was appointed by a Republican, Christie labeled her a liberal judicial activist, which to the GOP is equivalent to being a ruthless ISIS terrorist.

Like Christie, the new Republican governor of Illinois last month showed that he’s willing to violate state law to clobber unionized state workers who he sees as enemies.

Within a month of being sworn in, Illinois Gov. Bruce Rauner issued an executive order prohibiting the state from turning over to labor organizations the fair share payments made by state workers who decline to join a union. This violates a state law regarding these payments, but that’s irrelevant to Rauner because, for him, this is warfare.

State workers in Illinois aren’t compelled to join a union or pay dues. But because federal law mandates that the union provide them with services, including representation in grievances, Illinois requires them to pay a fee that covers their share of the cost of negotiating labor contracts and enforcing them. That’s the fair share payment.

Typically, Republican governors handle this by getting legislation passed that says workers who decline to join the union don’t have to pay anything for the collective bargaining services that benefit them. That’s called right-to-work-for-less legislation because it’s intended to bankrupt unions and destroy workers’ capacity to collectively bargain for better wages.

He ordered State Comptroller Leslie Munger, who he appointed, to put the fair share fees in an escrow account rather than turn them over to the unions. Munger asked state Attorney General Lisa Madigan if that would be legal.

Unfazed, Rauner ordered the fair share fees withheld from the unions anyway. He told the directors of agencies under the governor’s control to take the money from the workers and keep it in department accounts.

No deed, no matter how underhanded or illegal, is too low for Republicans bent on battling imaginary demons!

Republican governors across the country, just like Rauner and Walker, feel entitled to thrash the American labor union, the institution responsible for dramatically reducing income inequality in this country by organizing working people into concerted actions essential to securing better wages, benefits and working conditions.

It has never been clear until now why Republicans so hated the idea of hard-working Americans banding together to negotiate to receive a more fair share of profits derived from the sweat of their brows. Walker’s conflating ISIS terrorists with labor protestors while CPAC conference attendees cheered explains it all.

Republicans are so blinded by hatred of empowered workers that they’re irrational.