WASHINGTON -- Broad Branch Road, a winding lane that sits at the edge of Rock Creek Park, might be best known as a scenic commuter short-cut through the wilds of the massive expanse of park and forest land in the middle of the nation's capital.

Some know the woods along Broad Branch as the place where Chandra Levy's body was discovered in 2002.

To Gore Vidal, the great American literary icon, intellectual, playwright, essayist and commentator who died Tuesday night in Los Angeles at age 86, Broad Branch was a special place. Vidal grew up overlooking this beautiful, leafy and wild part of the nation's capital, on the estate of his grandfather, Sen. Thomas Gore (D-Okla.), a place that would later become the Malaysian ambassador's residence.

Vidal wrote about his childhood in The New York Review of Books in 1995:

Rock Creek Park was very much my territory. The house itself was gray-yellow Baltimore stone. On one side, there was a steep lawn that over-looked Broad Branch Road and the winding creek while on the other side, there was the front door, approached by a circular drive at whose center was a small fountain. In those days, from the house, one saw only green woods, a rose garden, rows of flags, as we called irises, and a small vineyard of purple grapes. At the edge of the woods was a slave cabin, falling to pieces.

The Huffington Post took a hike through this part of Rock Creek Park on Wednesday morning, retracing Vidal's likely path from Broad Branch Road to Pierce Mill as Vidal detailed in an essay, "A Moment In Green Laurel." (Click through the slideshow below.)

He wrote: "As I walked, day ended. The planet Venus, a circle of silver in a green sky, pierced the edge of the evening while the wintry woods darkened about me and in the stillness the regular sound of my footprints striking the pavement was like the rhythmic beating of a giant stone heart." 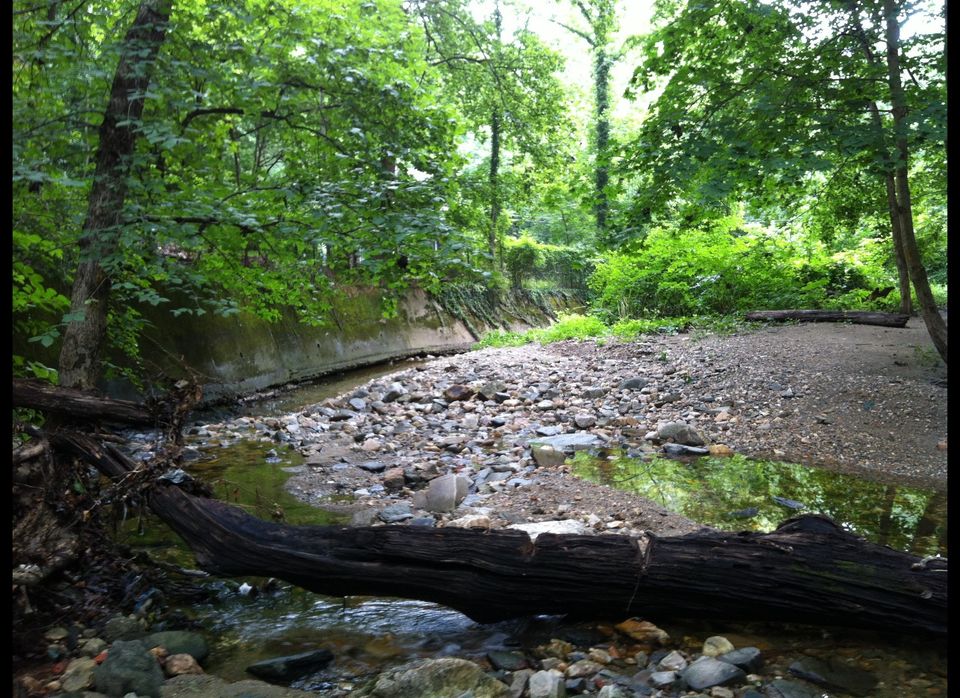