No one would expect to see green parrots in Tokyo, but that's precisely the sight that seems to greet you when you look skyward in the Japanese city. In fact, the hordes of lime-colored birds are parakeets, the wild descendants of pets imported from India and Sri Lanka in the 1960s for yuppie Japanese. 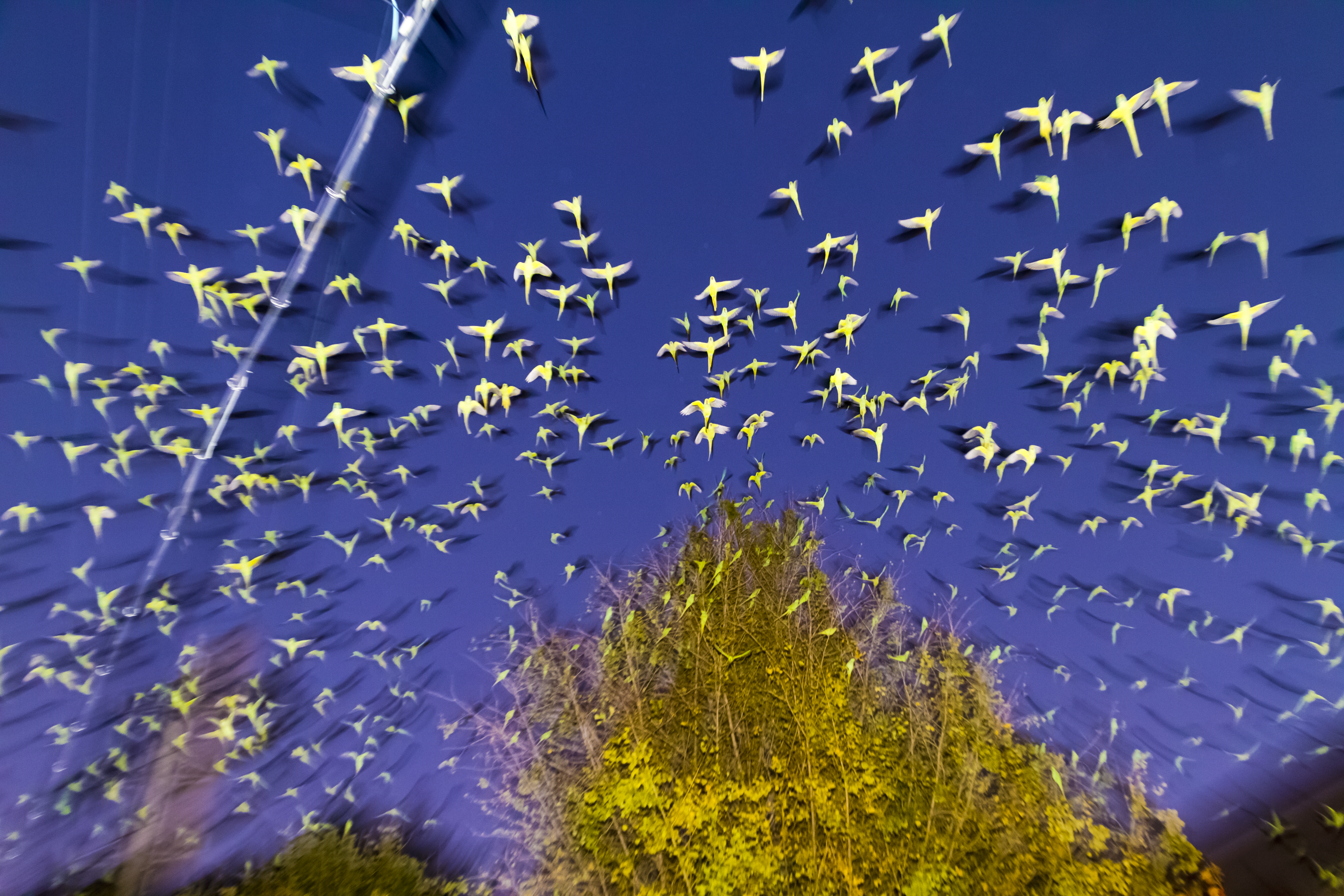 The phenomenon scared photographer Yoshinori Mizutani when he first moved to Tokyo. Once he realized he hadn't stepped into the climax of "The Birds," he did what any good photographer would do: he reached for his camera.

"I was shocked by this strange spectacle," he writes on his website, "[I] felt uncomfortable and continued taking photographs."

His resulting photographs are surprising and beautiful. The birds have made their homes in the city's telephone wires and nestled in trees with leaves that look to be the exact same shade as their feathers. But they are perhaps even more beautiful set against contrasting shades -- the navy night sky, or pink of twilight, or gem-blue of the day. 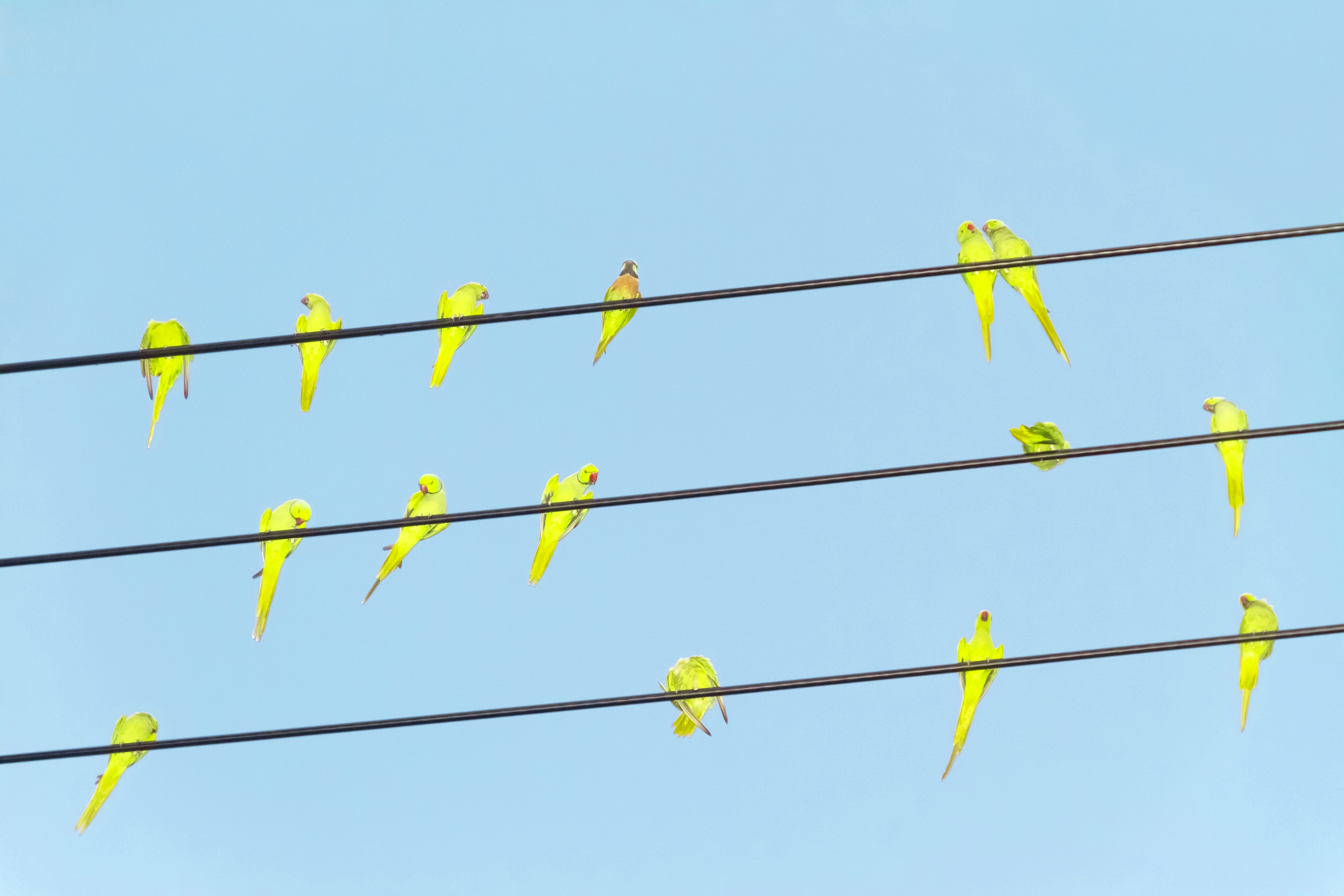 Winter doesn't bother them, as their wild relations can be found at elevations of more than 6,500 feet in the Himalayas. Still, they were never meant to be where they are. Yoshinori's striking images pick these interlopers out of the scenery to show the oddness of their presence in a city that has absorbed them. 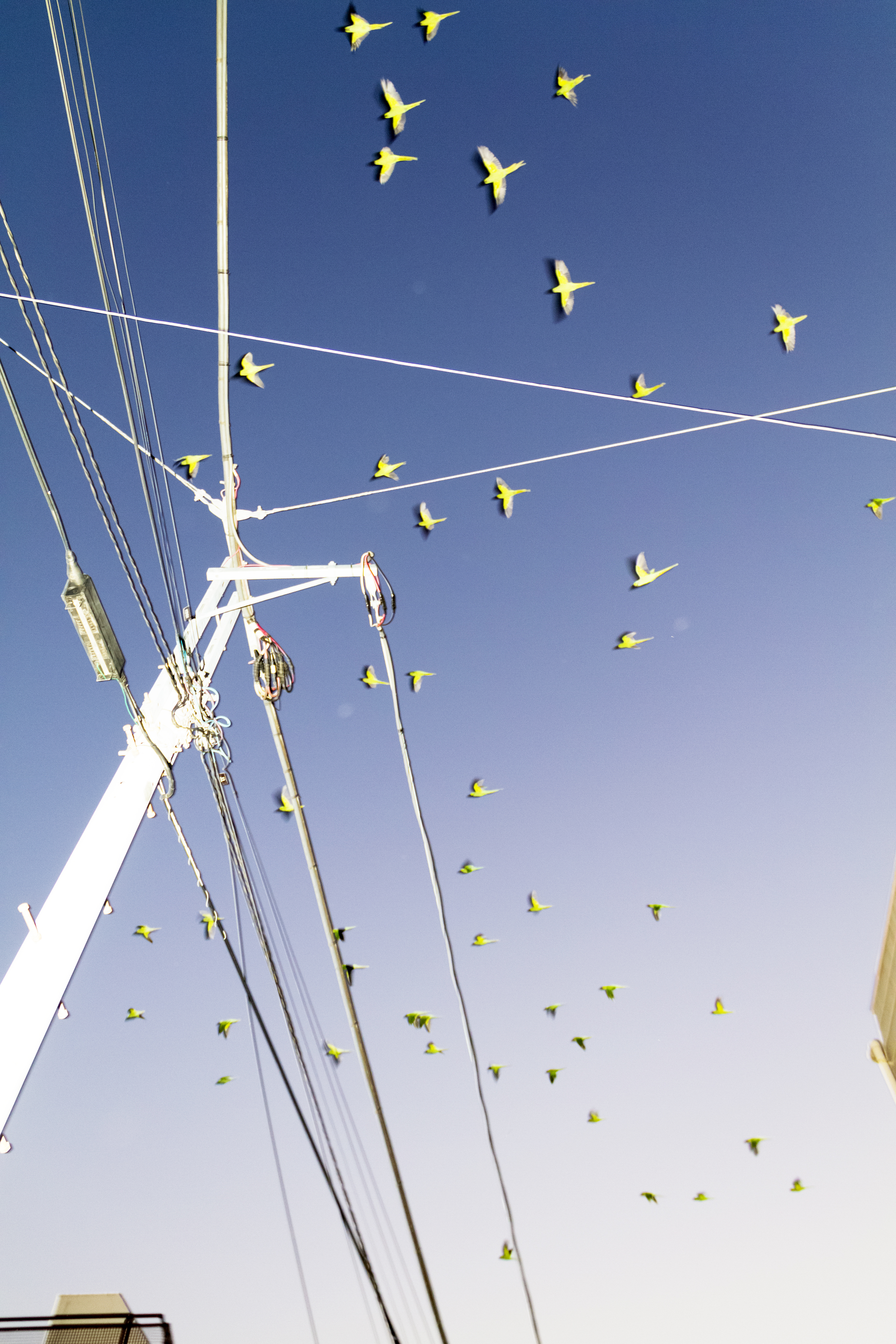 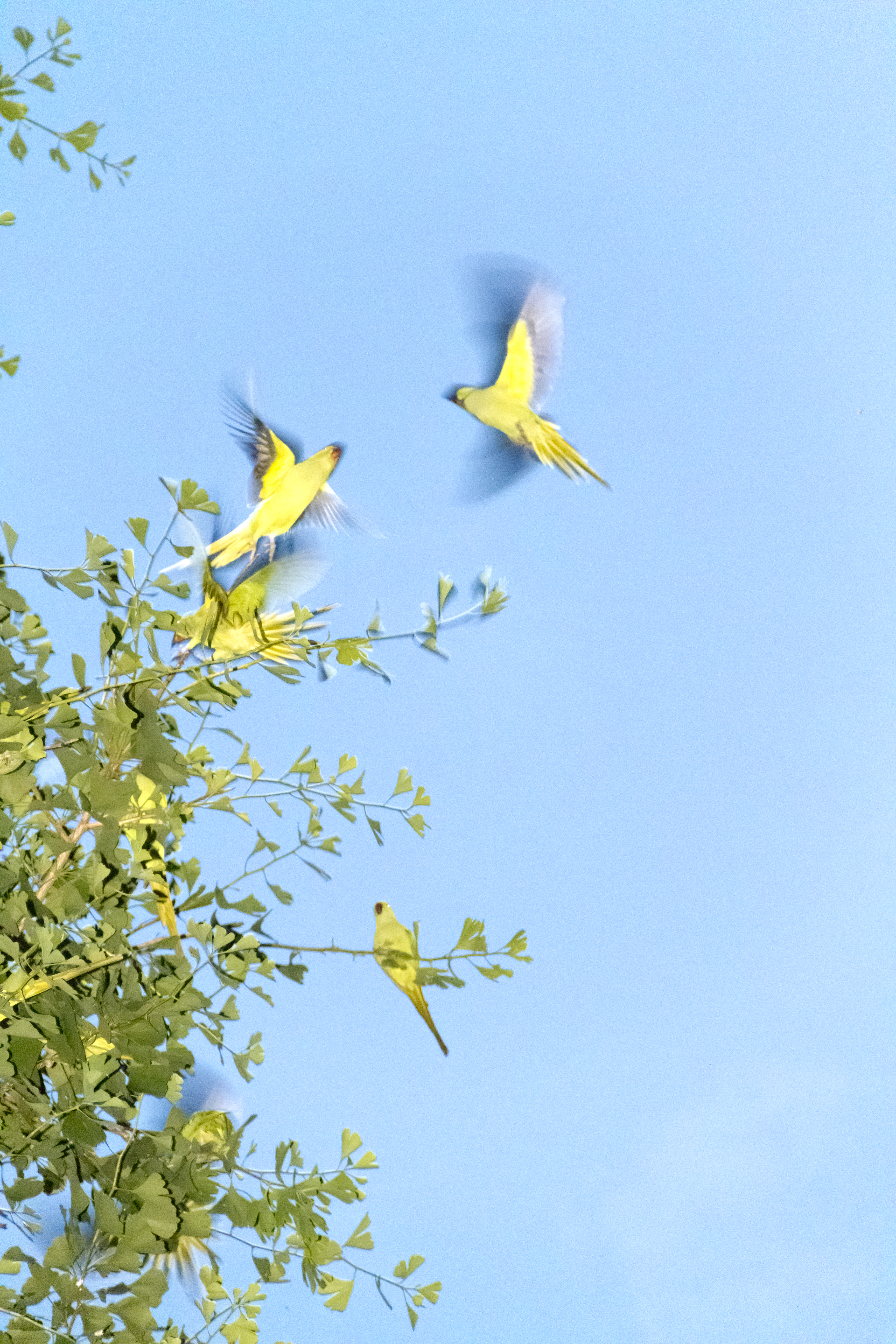 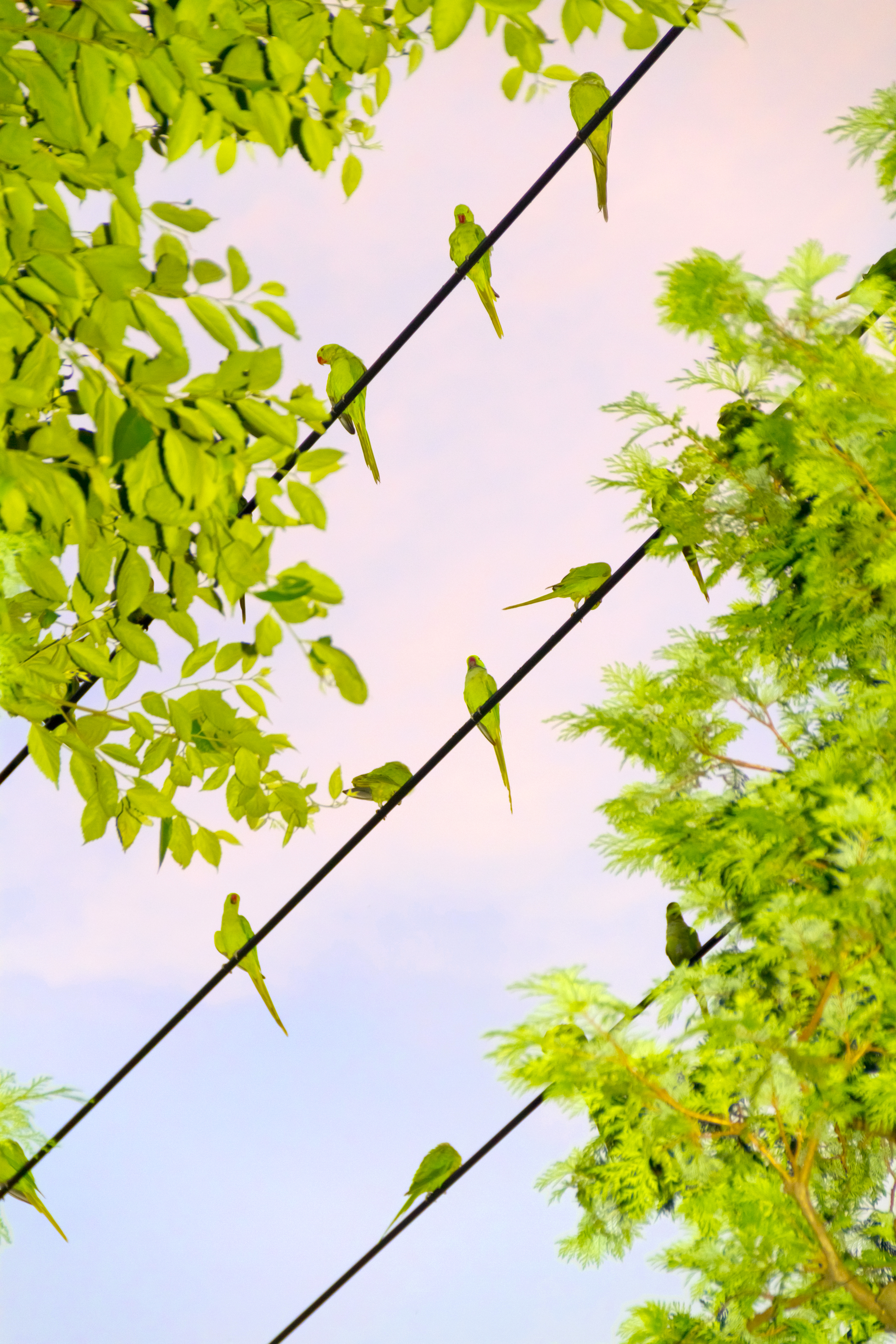 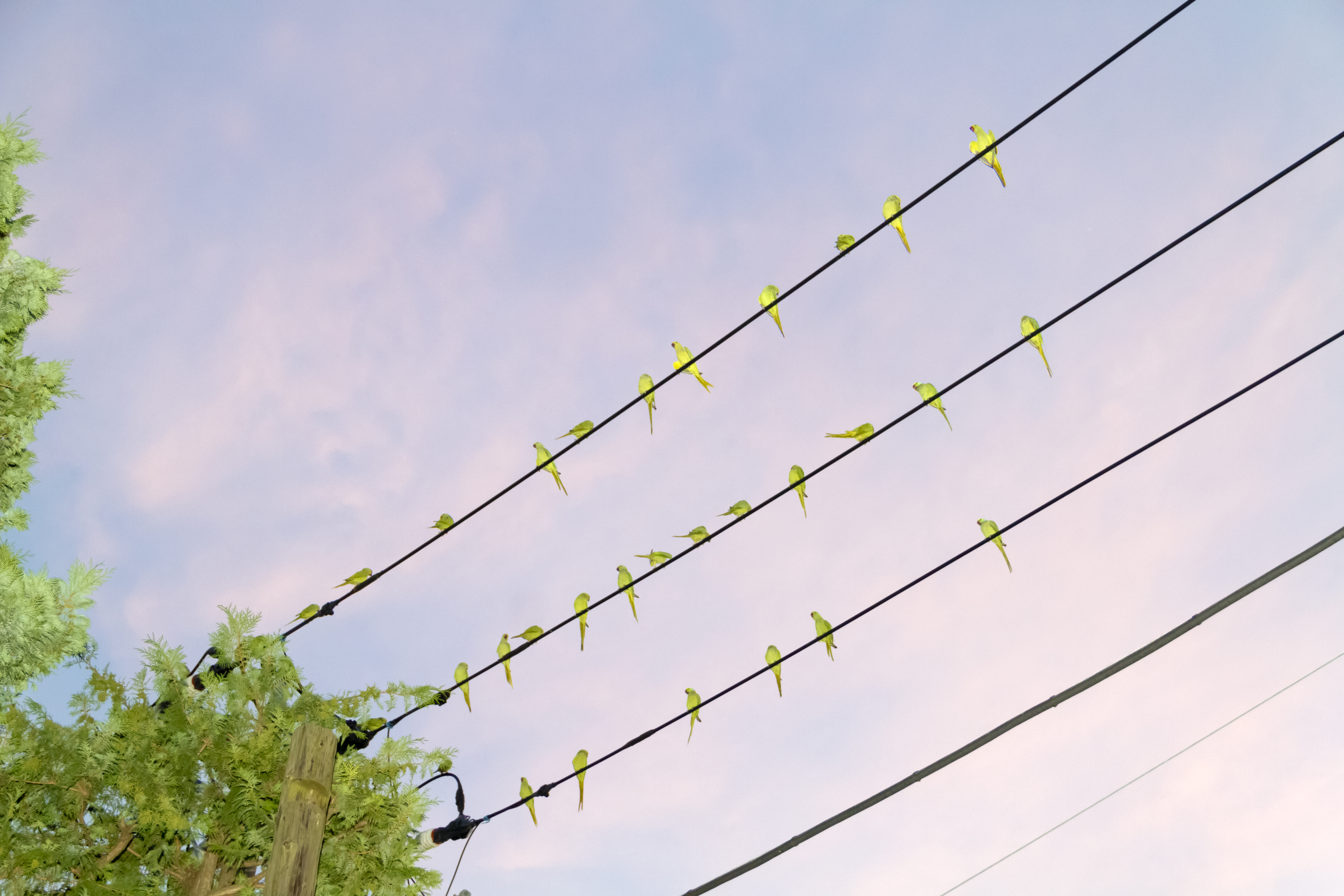 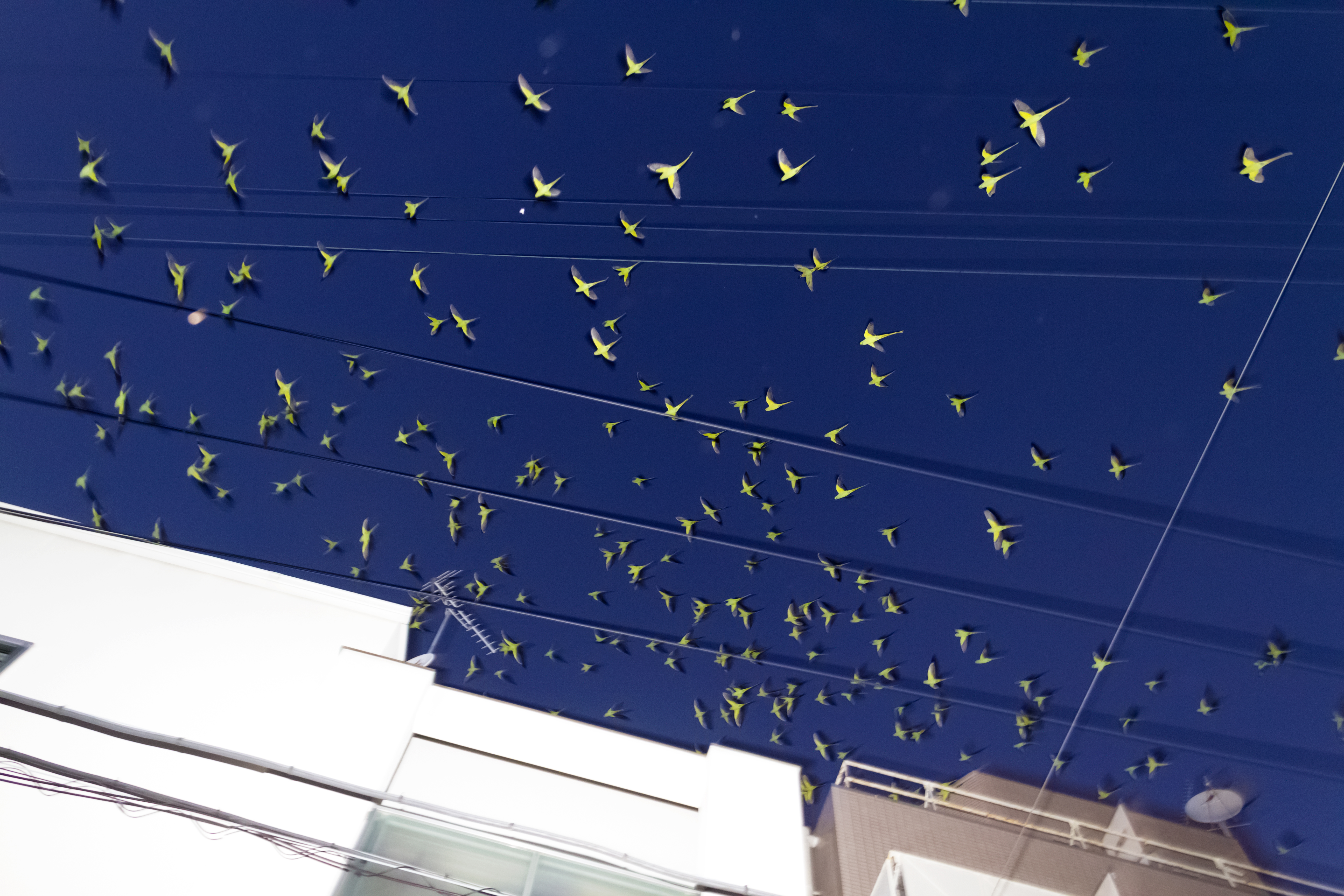 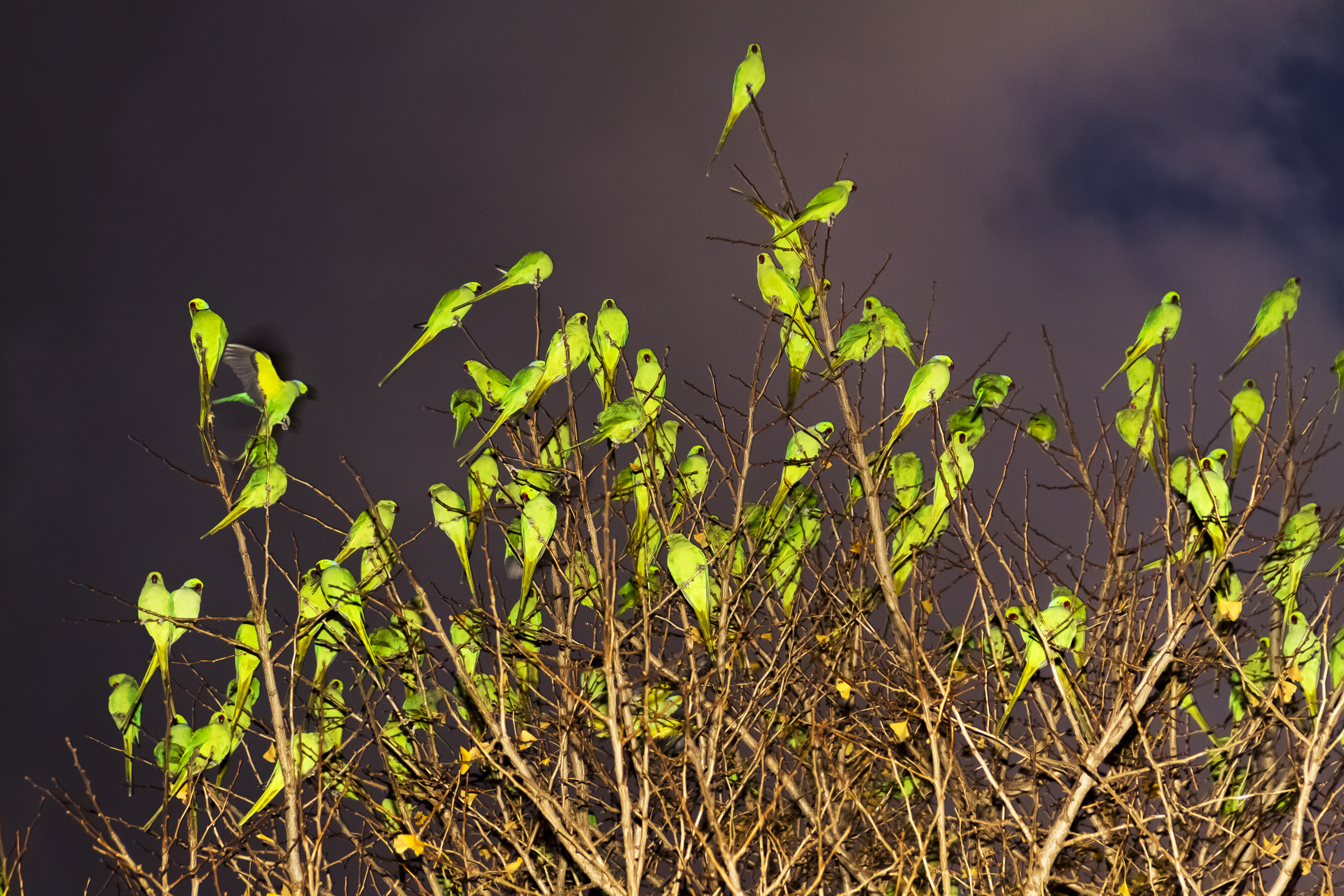 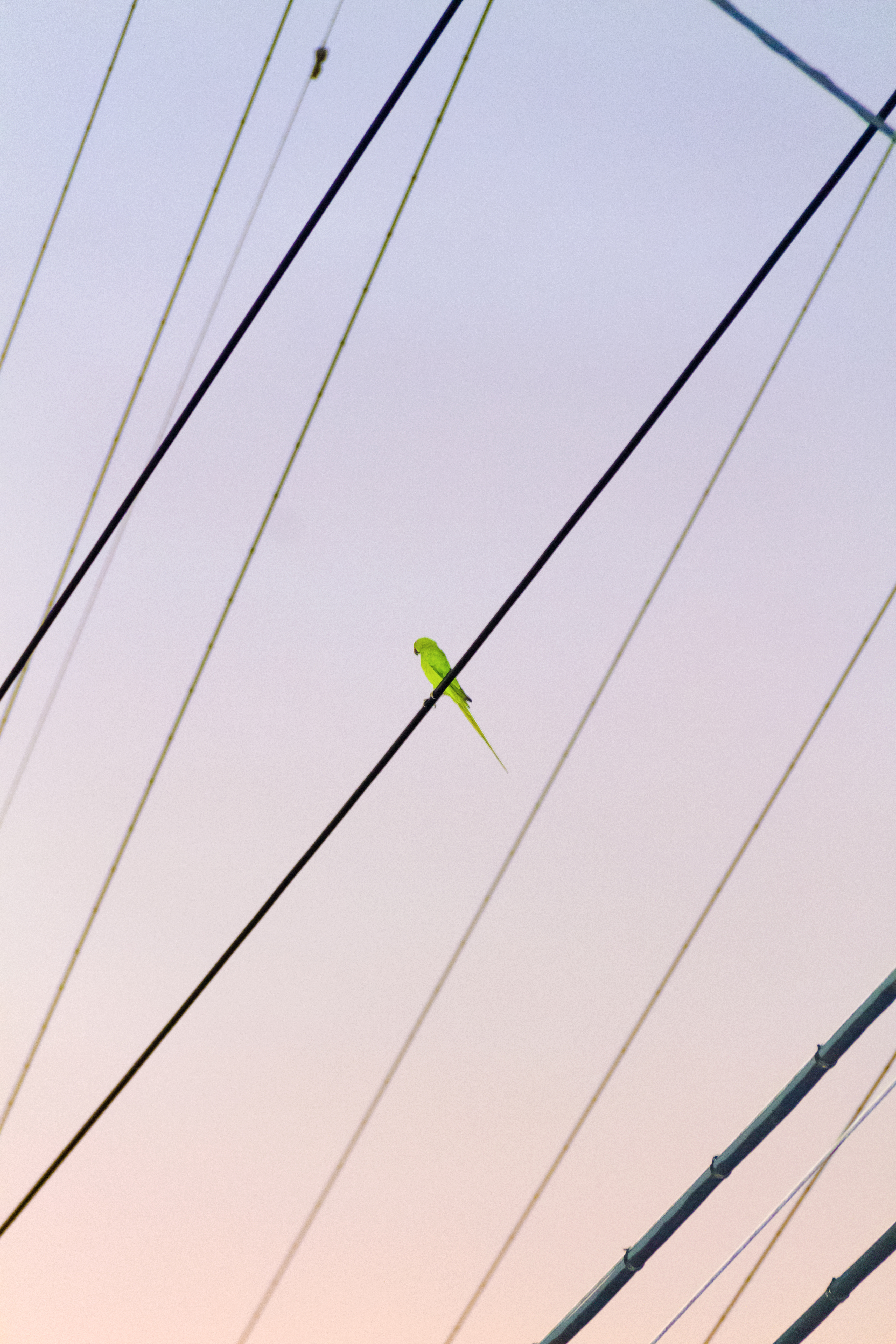