Zoos are supposed to be educational. But this little girl learned a bit too much when a gorilla appeared to teach her how to flip the middle finger.

Riley Madison's mom captured the moment on camera as the youngster watched the ape in its enclosure at the Columbus Zoo and Aquarium in Powell, Ohio.

Riley stares at the primate through a window for several seconds, before she sees its outstretched digit resting against the reinforced glass.

"He's doing this, what does it mean?" she asks.

Her mom replies, "The middle finger? You think he's trying to tell us something?"

Riley mimics the animal's actions, before her mom asks, "Why are you doing it too? Don't copy the gorilla, it's not nice."

Her mom filmed the footage in February and posted it to her “Adventures of Riley Madison” YouTube channel. It went viral this week.

Another longer video documents Riley's entire day at the zoo. The channel, launched in December 2014, chronicles the 3-year-old's life -- and promises to "help your children learn to overcome their fears."

The primate in question is, according to the zoo's website, a western lowland gorilla -- which are endangered in the wild. Males live to an average of 31.1 years, while the female average life expectancy is 37.4 years.

The zoo has 17 gorillas, according to the Gorillas Land website. It's not clear which one gave the cursing lesson, but it's not the first time a gorilla has been caught flipping the bird.

A western lowland at Bristol Zoo, southwest England, offered up the gesture in July when photographer Bob Pitchford started taking his picture. 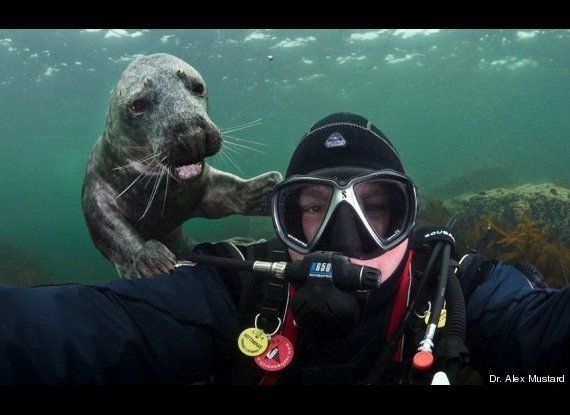