When my husband and I made our list of things we wanted to do on our round-the-world trip, hiking to see the mountain gorillas in Africa didn't make our top 10. With tours costing upwards of $1500 per person (including a required trekking permit of $500-$750, depending on the country) it sounded like a budget buster. Plus, considering visitors are limited to spending only one hour to visit with the massive primates, we felt there could be more rewarding things we could do with our limited dollars.

Yet, the closer we traveled to Uganda and Rwanda, where the majority of the world's mountain gorillas live, the more interested we became, and so we did some research on less costly alternatives to the typical tours. What we found saved us hundreds of dollars.

Newly educated, we headed to the Ugandan town of Kisoro and the nearby Mgahinga Park. Usually overlooked by tourists for the more well-known Bwindi Impenetrable Forest, Mgahinga lies on Uganda's south western border with Rwanda and the Democratic Republic of the Congo. The park features a single family of habituated mountain gorillas that roams the borders between the three countries.

Unlike most trips in Rwanda and Uganda, Mgahinga Park offers the opportunity to trek with the gorillas for just the cost of the permit, plus round trip taxi fare from your hotel to the base of the trail (about $20).

To obtain the permit, we headed to the Uganda Wildlife Authority office on the edge of town to reserve our spot and make the payment, in cash (as it's all they accept) for our trek for the following day.

The next morning, permits in hand, our taxi dropped us at the trailhead and we began the short hike to the mountain ranger station. We were met by our camo-clad, gun-toting guide, who explained the rules of gorilla interaction and gave us a brief introduction to the family we were about to see. After a quick radio call with the trackers ahead to find out where the primates were having breakfast, we set off.

Our sweaty, hour-long hike took us through numerous fences, across streams, through a farmer's potato field and bushwhacking through some intense jungle, until we heard the crash of a falling tree -- the first sign of the gorillas. Soon after, we caught a glimpse of an adult silverback through the brush, and any doubts we had about dropping the cash to spend 60 minutes with these primates vanished.

The clock began ticking on our one-hour time limit, but it didn't matter. We were in awe. As we took photos of the large male, two babies rolled towards us, stopping to play a few feet away before scampering off. Behind them, their mother swaggered down the hill, giving us a passing glance.

In the first 20 minutes, we saw all nine members of the family as we tracked their movements and path of broken foliage through the jungle.

When our time was up, we were exhilarated and happily chatted on our way back to the ranger station, trying to wrap our minds around what we just experienced. Nine wild gorillas, going about their daily life, was a sight to see. And it was worth every penny.

Although the price is right, seeing the Gorillas in Mgahinga does have a few caveats:

Despite these drawbacks, if you are willing to take a risk, and your schedule is flexible, you will be rewarded with seeing these incredible creatures at close range, while keeping some cash in your pocket. 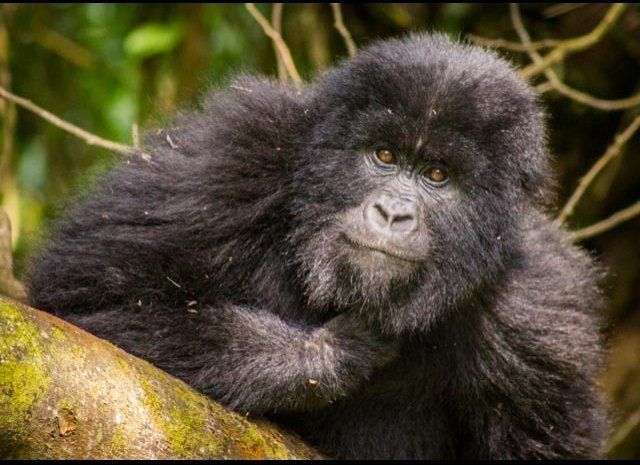